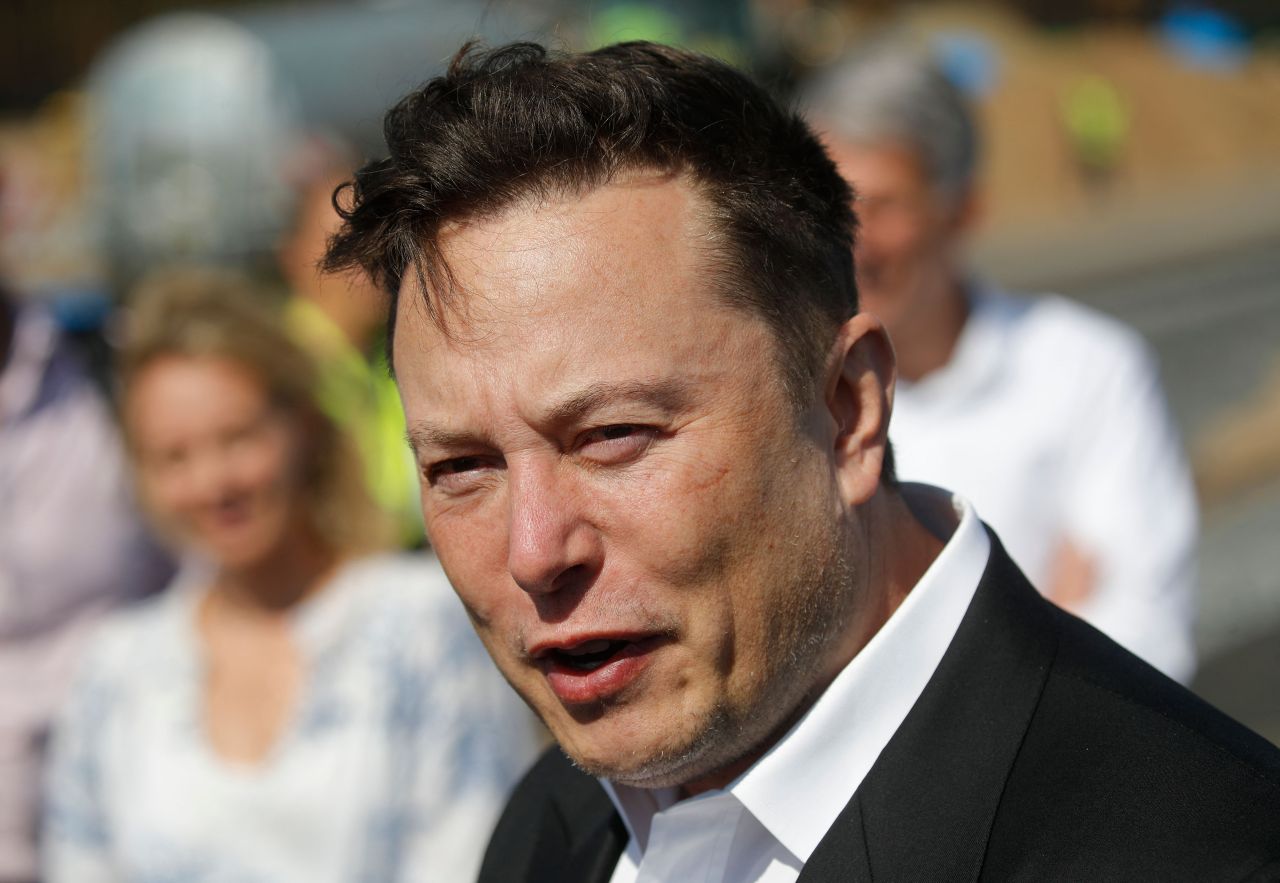 In this file photo taken on September 3, 2020 Tesla CEO Elon Musk talks to media as he arrives to visit the construction site of the future US electric car giant Tesla, in Gruenheide near Berlin. (AFP-Yonhap)
SAN FRANCISCO -- Elon Musk on Friday pulled the plug on his $44 billion deal to buy Twitter, accusing the social media giant of "misleading" statements about the number of fake accounts, a regulatory filing showed.

Musk's effort to terminate the deal that he inked in April sets the stage for an epic court battle over a billion-dollar breakup fee and more.

"Mr. Musk hereby exercises (the) right to terminate the Merger Agreement and abandon the transaction," his lawyers said in a letter to Twitter, a copy of which was filed with the Securities and Exchange Commission.

Musk's change of heart appeared to suggest some "buyer's remorse" for offering a price of $54.20 per share that now appears "laughable," CFRA Research senior equity analyst Angelo Zino said in a note to investors before the deal was officially nixed.

Twitter has held firm that no more than five percent of accounts are run by software instead of people, while Musk has said he believes the number to be much higher.

Immediately after the news broke, Twitter board chair Bret Taylor vowed to sue Musk to hold him to the terms of the buyout deal, saying "we are confident we will prevail."

The clock was ticking for Musk to make a decision, with Twitter's board recommending shareholders approve the buyout at a special vote expected to be held in August.

Musk -- the world's richest man -- used a chunk of his fortune in Tesla shares to back loans to buy Twitter, but the tumult and market factors have pushed down the electric car maker's stock price.

"The Twitter deal has clearly caused chaos at Twitter and has resulted in an overhang on Tesla's stock since April given the Musk financing angle, coupled by a brutal market backdrop for risk," Wedbush analyst Dan Ives said in a note to investors.

"This soap opera has seen many twists and turns... this was always a head scratcher to go after Twitter at a $44 billion price tag for Musk and never made much sense to (Wall) Street, now it ends in a Twilight Zone."

Concerns about Tesla included worries that its chief executive was being distracted by the Twitter saga, and that the tech platform would certainly demand his attention if he owned it.

"I am sure Musk thought he could come out of the gate strong, generate a wave of buzz and then ride it to get investors who want a piece of something that looks like it is going to be big," said Angelo Carusone, president of nonprofit group Media Matters for America.

"His erratic behavior obviously affected the price of Tesla shares, which undermined the financing everything was set on."

Musk, 51, proclaimed in May that he would largely let anyone say anything allowed by law on Twitter, becoming a hero to ultra-conservatives offended by attempts to curb bullying, lies and other abuses on the platform. His comments came during an annual event at which Twitter and other social media companies typically lock in bulk ad contracts worth hundreds of millions of dollars.

But a Twitter free-for-all would scrap precautions that brands want in place to make sure their ads aren't associated with abusive posts, Carusone said.

"Musk couldn't control himself long enough," Carusone said. "He opened his mouth and pushed the first domino that has cascaded into blowing up the deal."

Musk also faces a lawsuit accusing him of pushing down Twitter's stock price in order to give himself an escape hatch from his buyout bid.

Twitter shares jumped to $51.70 in April when Musk's deal was announced, only to plunge to $35.76 a month later as his commitment came into doubt.

Carusone believed Twitter shareholders should be furious with the company board as well as Musk.

"They got into bed with a madman and significantly harmed shareholder value as a result," he said. (AFP)