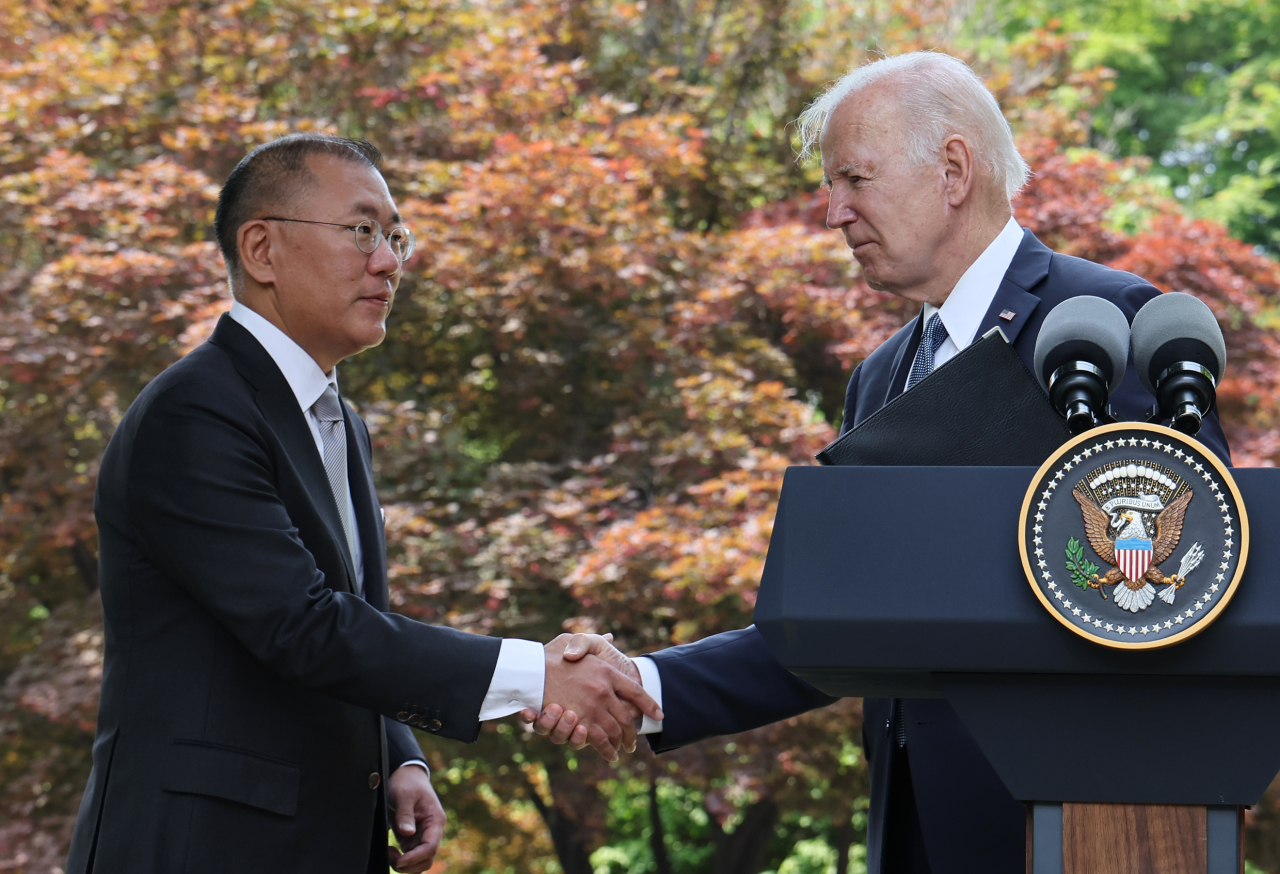 Hyundai Motor Group Executive Chair Chung Euisun (left) shakes hand with US President Joe Biden (right) after the briefing held at Grand Hyatt Seoul in Seoul on May 22. (Yonhap)
South Korean automotive giant Hyundai Motor Group said Thursday that it would establish an overseas corporate body in the state of Delaware, as part of its focus to invest in US companies with future technologies and to manage them more efficiently.

The decision follows a $10.5 billion investment plan for the US, which was announced during US President Joe Biden’s state visit to Seoul on May 21. It marks the largest overseas spending by the Korean company so far.

Tentatively named HMG Global, the US corporate body will be set up in Delaware and the company will seek approval from US authorities.

The planned US office will see investments from the group’s three major affiliates: Hyundai Motor, Kia and Hyundai Mobis.

Hyundai Motor will own a 49.5 percent share in the US corporate body while Kia and Hyundai Mobis will own 30.5 percent and 20 percent, respectively, according to officials.