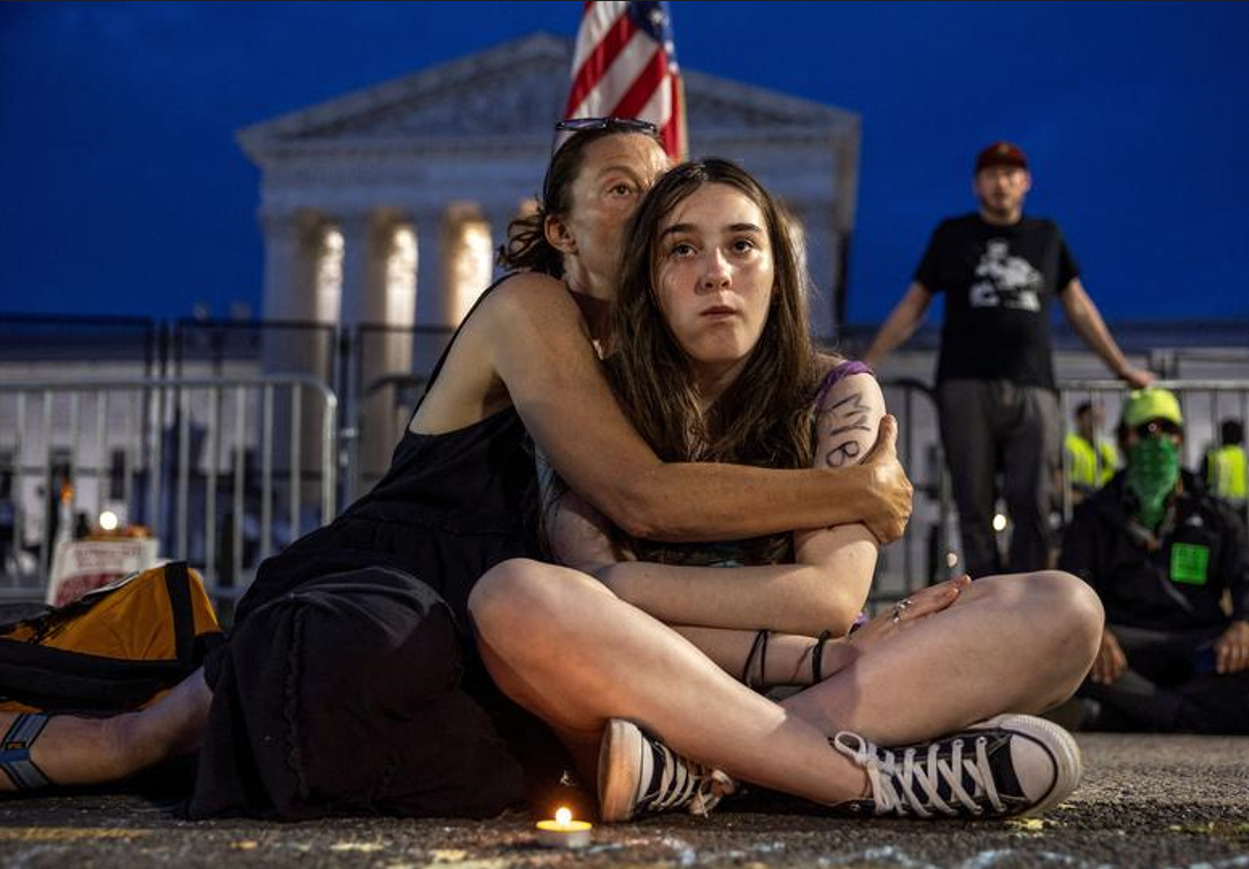 Battles over abortion shifted to state courts on Monday after the US Supreme Court overturned the constitutional right to the procedure nationwide, as judges blocked statewide bans in Louisiana and Utah and clinics in Idaho, Kentucky, Mississippi and Texas sued seeking similar relief.

The six are among the 13 states with "trigger laws" designed to ban or severely restrict abortions once the Supreme Court overturned the landmark 1973 Roe v. Wade ruling that recognized right to the procedure, as it did on Friday.

In Louisiana, abortion services that had been halted since Friday began resuming after Orleans Parish Civil District CourtJudge Robin Giarrusso on Monday issued a temporary restraining order blocking the state from carrying out its ban.

Later on Monday in Utah, 3rd District Court Judge Andrew Stone, at the request of a Planned Parenthood affiliate, issued a temporary restraining order that would allow abortion services to resume in the state after a 2020 ban took effect on Friday.

"Today is a win, but it is only the first step in what will undoubtedly be a long and difficult fight," Karrie Galloway, president and CEO of Planned Parenthood Association of Utah, said in a statement. Republican Louisiana Attorney General Jeff Landry said his office was "fully prepared to defend these laws in our state courts, just as we have in our federal courts."

Republican Utah Attorney General Sean Reyes did not respond to requests for comment.

The rulings came as a flurry of lawsuits were filed nationally challenging Republican-backed abortion laws understate constitutions after Friday's ruling by the the conservative-dominated US Supreme Court. In Republican-led Texas, where a ban on abortions after six weeks of pregnancy went into effect last year, a judge in Harris County will hear arguments on Tuesday on whether to block officials from enforcing pre-Roe v. Wade abortion prohibitions.

Republican Attorney General Ken Paxton had said in a Friday advisory that while the state's 2021 trigger ban would not take effect for 30 days after the Supreme Court's ruling, prosecutors could immediately pursue cases based on pre-1973 laws.

In Idaho, a Planned Parenthood affiliate asked the states highest court to block enforcement of a "trigger" law banning abortion that the Republican-controlled state legislature passed in 2020 due to take effect Aug. 19.

Similar lawsuits were filed by abortion providers asking state courts to block enforcement of "trigger" bans in Kentucky and Mississippi."

To be clear, there is no right to abortion contained in the commonwealth's Constitution - and we will stand up against any baseless claim to the contrary," Kentucky Attorney GeneralDaniel Cameron said in a statement.

In states where federal court orders were blocking abortion restrictions based on the Roe precedent, those orders are now being lifted. South Carolina's ban on abortions after a fetal heartbeat is detected is now in effect, Attorney General Alan Wilson said on Monday, after a federal judge put on hold an injunction that had prevented its implementation. (Reuters)