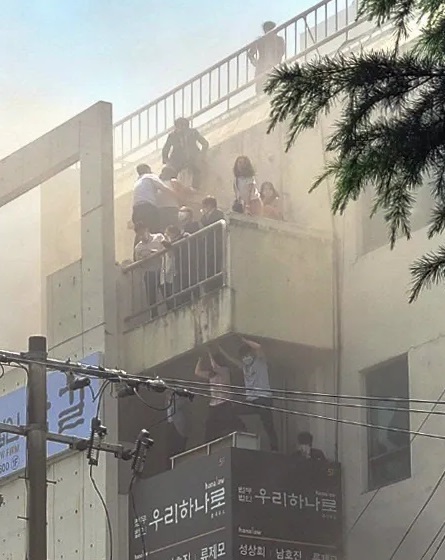 Citizens wait for help on the terrace of a building set on fire in Daegu on June 9. (Yonhap)
Just before 11 a.m. on June 9, a 53-year-old man surnamed Chon walked into a five-story building in Daegu, about 300 kilometers south of Seoul, holding two plastic bottles.

His destination was the office of a lawyer who shared the office space with several others on the second floor of the building. There, he took out a backpacking knife and wielded it at the lawyers and paralegals he encountered. Two men were stabbed.

Chon then set the office on fire, with flammable liquid from the plastic bottles. In less than a minute the whole floor was engulfed in flames and thick black smoke. 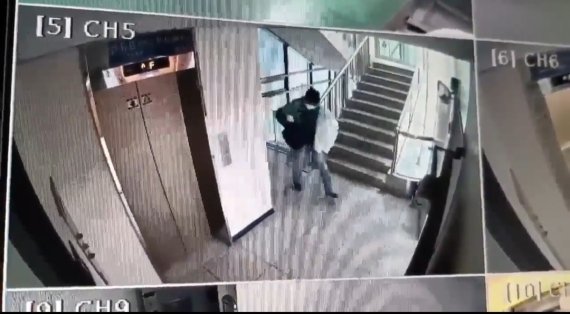 The arson suspect Chon caught on CCTV footage. A fire broke out at a five-story building populated by lawyers‘ offices in the southeastern city of Daegu on June 9. (Yonhap)
The fire was extinguished in about 20 minutes, but it left seven dead, including Chon himself. Some 50 others were taken to hospital, according to police.

It turned out that Chon had held a grudge against the lawyer who was the counsel for the defense in an investment-related lawsuit that Chon had filed and lost, officials said. The person he was targeting, however, was not in the office at the time of the crime.

In a country where there are virtually no shooting rampages, arson attacks have similar effects, sending shockwaves through society.

According to data from the Korean Prosecution Service, a total of 250 arson crimes occurred in the final three months of last year. How many of them led to casualties was not available.

Arson, defined as deliberate and malicious burning of a home, dwelling or occupied building, is a serious crime that could result in huge losses of both life and property. A conviction can carry a minimum of three years in jail to life imprisonment.

There could be several psychological motives, according to four experts in the fields of psychiatry and criminal psychology interviewed by The Korea Herald.

Shin Young-chul, a psychiatry professor at Kangbuk Samsung Medical Center, said a sense of inferiority could be a factor.

“They (the arsonists) are typically underprivileged people who have been treated unfairly by society or people. With low self-esteem, they seek to make their presence felt and release their frustrations through arson, which draws a lot of attention from the media and the public,” Shin said.

This was the distorted mindset driving the person who set Namdaemun -- Seoul’s 610-year-old gate and the country’s most important cultural monument – ablaze.

In 2008, a 69-year-old man, identified only by his surname Chae, set fire to the National Treasure No. 1 out of anger over a land compensation deal with the government. 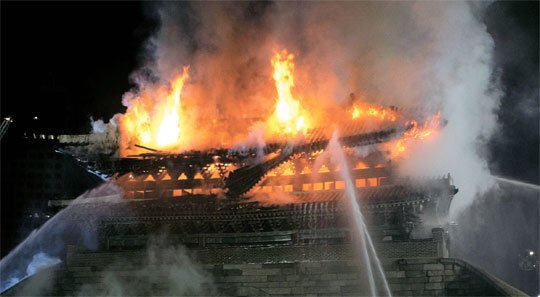 Firefighters try to subdue a fire at Namdaemun, one of the four main gates to Seoul during the Joseon Dynasty, on the night of Feb. 10, 2008. (Yonhap)
The fire damaged more than 90 percent of the landmark’s upper floor and 10 percent of its lower floor. After five years and three months of restoration, which cost 25 billion won ($19.2 million), the historic gate was reopened to the public in May 2013.

“Looking at buildings tumbling down or firefighters and people struggling at the scene of the fire, some offenders get excited and think that they are controlling the entire situation. It lends them a feeling of superiority,” the professor added.

Another expert in forensic psychology said some arsonists tend to take out their frustrations on others. They do this especially to the weak or marginalized -- including the elderly, women and children.

“Ordinary people are able to channel their negative feelings to nondestructive outlets, but these arsonists act on instinct, depending on physical violence to relieve their built-up tension, anxiety and anger,” said Gong Jung-sik, a professor of forensic psychology at Kyonggi University in Seoul.

It is possible that these people may not have received proper socialization during childhood or suffer from mental illness, he added. 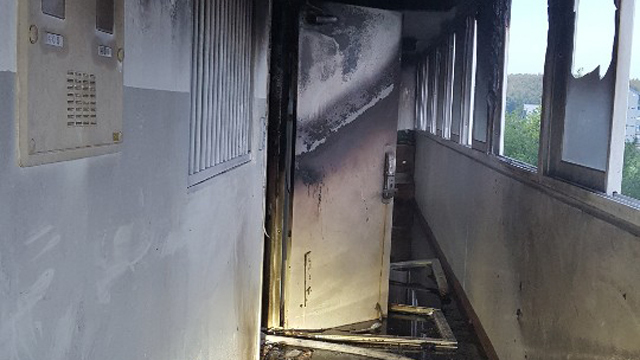 The corridor of the apartment in Jinju, which was severely scorched in a fire after Ahn‘s arson and stabbing rampage that left five residents dead and 15 others injured. (Yonhap) 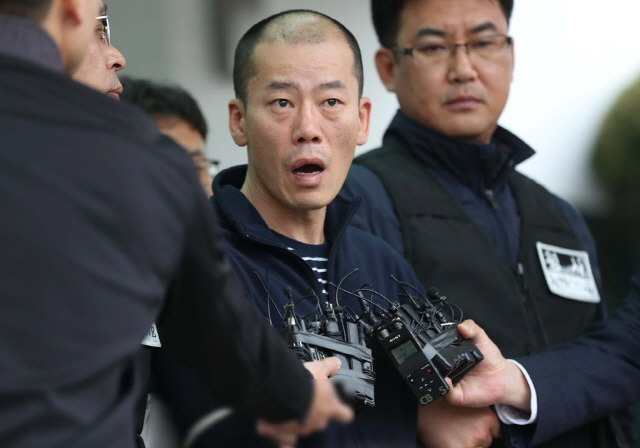 Ahn In-deuk, who set fire to his apartment and killed five fleeing neighbors and injured 13 others with a knife on April 17, 2019, is taken to a hospital at Jinju Police Station in Jinju, South Gyeongsang Province, on April 19, 2019. (Yonhap)
Ahn said he committed the crime out of anger after having been disadvantaged socially and treated badly by his former employers and hospitals, according to police.

Water demons in myths drag any child who approaches them into water. Koreans often say someone is using a “water demon strategy” when they try to harm others just to make things “fair.”

“The most extreme way of expressing anger at oneself is suicide. But those who are depressed or mentally ill pursue a stronger stimulus. By damaging themselves as well as others, they try to maximize their negative emotions,” he said. 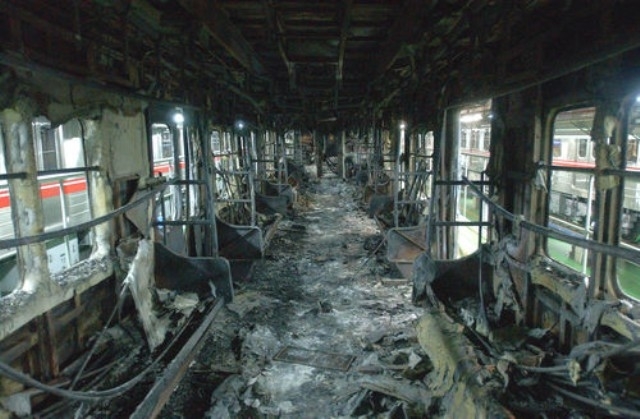 The interior of a subway train at Jungangno Station in Daegu
His theory perhaps explains the tragic Daegu subway disaster of 2003.

A 56-year-old mentally ill man surnamed Kim ignited a gasoline-filled container inside a subway train at Jungangno Station in Daegu to kill himself. He escaped the scene and survived. But 192 innocent people died due to his act, and 151 were injured. He was sentenced to life in prison in August of the same year.

There are people who feel pleasure when setting fires, which is a serious mental health condition known as “pyromania,” according to Lee Yoon-ho, a professor of criminology and police administration at Dongguk University

People with pyromania get a kick out of being around fires. Driven by an uncontrollable urge, they intentionally and repetitively set fires.

“There are many arsonists who don’t leave the scene after setting a fire. Watching the burning flames, they enjoy a sense of freedom and feel the fire is blowing their stress away,” Lee said.

The fact that arson needs no special skills or tools, and leaves little traces behind is what makes arsonists keep setting fires, he added.