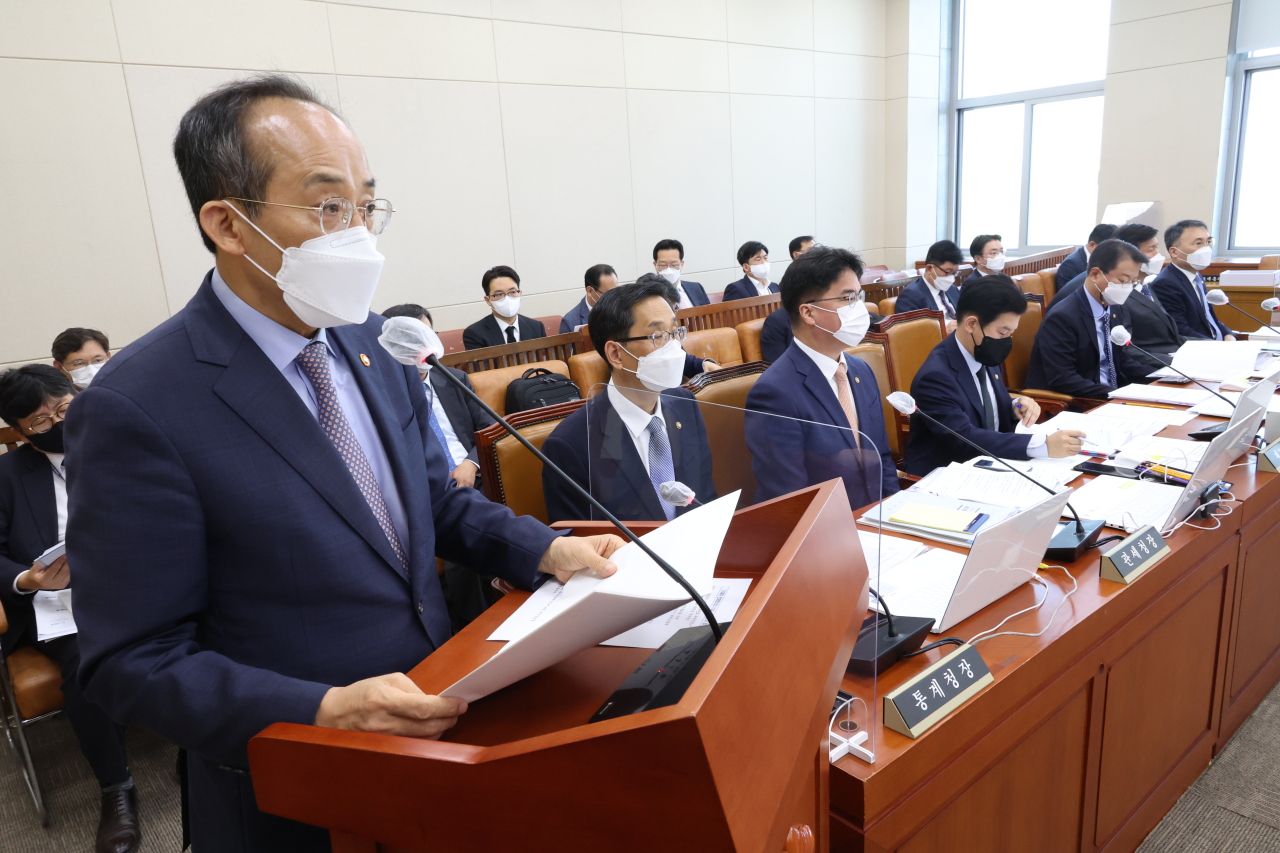 Finance Minister Choo Kyung-ho explains on the proposal for an extra budget bill at a meeting held at the National Assembly on May 17. (Joint Press Corps)

The ruling and main opposition parties agreed Saturday to cancel the National Assembly plenary session initially expected to be held later in the day to deal with an extra budget bill.

The ruling People Power Party and the main opposition Democratic Party tentatively agreed to hold the session at 7:30 p.m. Sunday instead.

The PPP and the DP have been at loggerheads for weeks over the size of the supplementary budget for compensating small businesses hit by the COVID-19 pandemic.

While the PPP backed the government's original proposal of 36.4 trillion won ($29 billion), the DP proposed spending of over 50 trillion won for small merchants, which includes a budget for retroactive coverage of their losses and emergency loan programs.

The two sides appear to have decided to open the session later amid failed attempts to narrow down differences under the table.

Earlier, the floor leaders of both parties had tentatively agreed to hold the session at 8 p.m. Saturday as they agreed to make efforts to pass the budget no later than this weekend. (Yonhap)