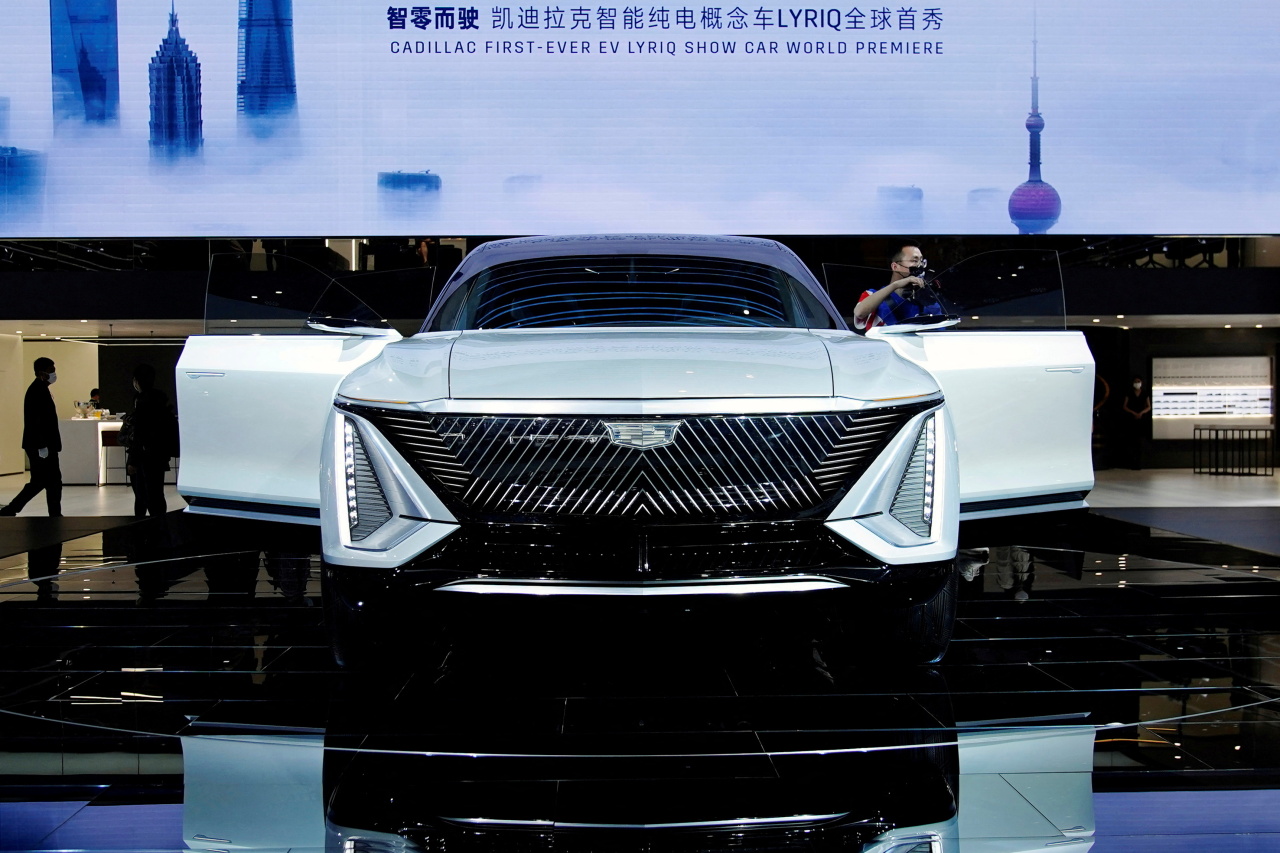 A Cadillac Lyriq electric vehicle under General Motors is seen during its world premiere on a media day for the Auto Shanghai show in Shanghai, China in April 2021. (Reuters-Yonhap)
Posco Chemical said Friday it has signed a deal to create a joint venture with US auto maker General Motors to launch a $327 million cathode materials plant for batteries that can power 220,000 electric vehicles annually in Quebec, Canada.

The material firm, based in Pohang, North Gyeongsang Province, will invest $278 million in an 85:15 joint venture between Posco Chemical and GM, called Ultium CAM. The deal is preceded by Posco Chemical‘s plan to launch an operation there under Posco Chemical Canada.

The deal will reach a final close in the second half of this year after it receives an antitrust approval in Korea, a filing with the Financial Supervisory Service showed.

Under the JV plan, the high-nickel plant will begin construction in August in Becancour, Quebec, aiming for completion by the second half of 2024.

It follows a 60,000-ton supply deal between Posco Chemical and Ultium Cells, a battery joint venture of GM and LG Energy Solution. A cathode material plant expansion in Gwangyang, South Jeolla Province, is underway, poised for a completion in July.

Posco Chemical said it expects the manufacturing capacity to expand along with GM’s growing presence in the electric vehicle industry.

Posco Chemical operates cathode material plants in Korea and China. Cathode materials make up 40 percent of the entire cost of a battery, according to the company.

Immediately after the deal announcement at around 11:00 a.m., the Posco Chemical share price started to fall. At 1:30 p.m., Posco Chemical was trading 4.5 percent lower than Thursday‘s closing price on the Korea Exchange.