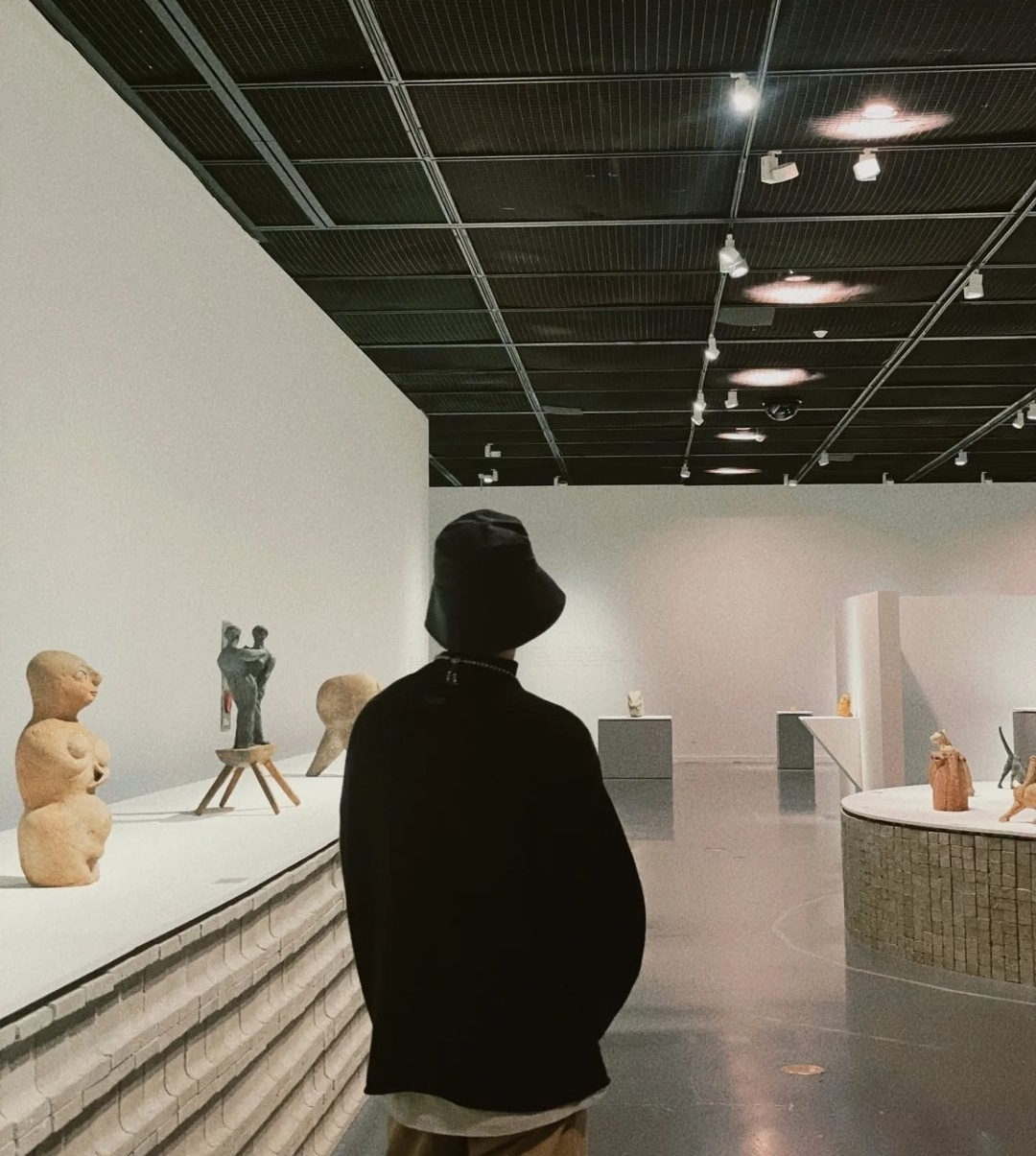 A photo of RM at the “Kwon Jin Kyu Centennial: Angel of Atelier” exhibition held at SeMA in March that the singer posted on his Instagram account with the caption “rest in peace” in Korean. Kwon is known to have died by suicide at the age of 51. (RM’s Instagram account)

Lee Hwa-rang, a 26-year-old Seoul resident, considered herself “completely illiterate” when it came to art. That is, before she became a fan of rapper Kim Nam-joon, or RM from BTS, a well-known art collector. She then started to take what the fandom calls the “RM Tour” -- visiting the museums and galleries he frequents.

“I started to go to exhibitions last year. At first, I was curious what he would have felt seeing those art works,” Lee said. “I thought art had totally nothing to do with me, something highly sophisticated people enjoy. But RM dispelled that prejudice for me,” she said, adding that she now enjoys art.

Among exhibitions she has recently visited are those of illustrator Lee Kyu-tae, painter Kim Ji-won, American artist Alex Katz and Korea’s pioneering sculptor Kwon Jin-kyu (1922-1973). The “Kwon Jin Kyu Centennial: Angel of Atelier” exhibition at the Seoul Museum of Art through Sunday included “Horse,” a 45-centimeter-tall terracotta sculpture created in the mid-1960s. Exhibited on loan from RM, the piece went viral among fans.

“We have seen many young people coming to the museum recently. For the Kwon Jin-kyu exhibition, it was visited by those who remember the artist, but also young people who saw RM’s photo taken at the museum on his social media,” said the show’s curator, Han Hee-jin.

“The celebrity effect is huge,” she said. “I’ve heard that they (young visitors) visited the exhibition following the K-pop star and were impressed by the works and artist.” 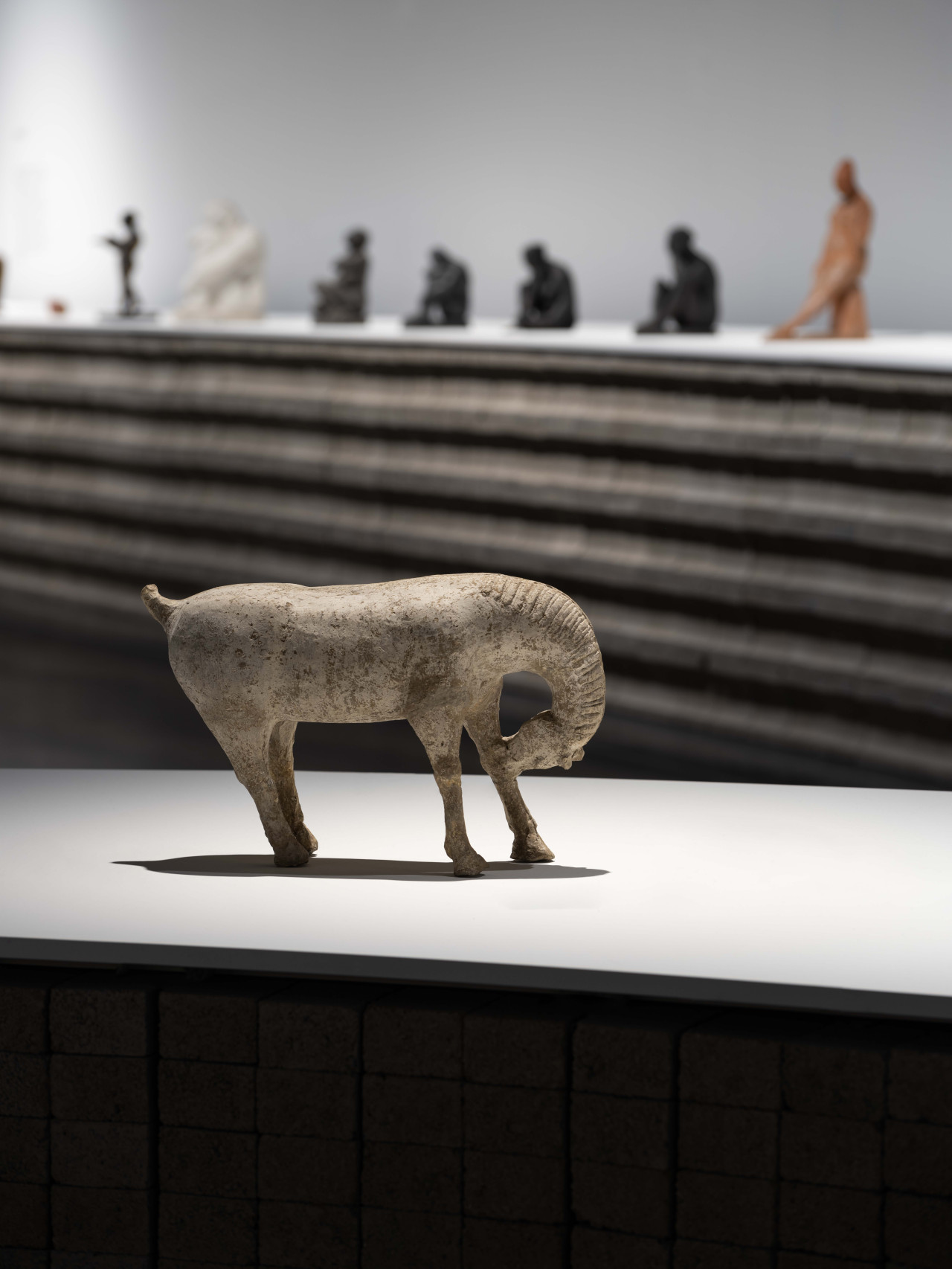 “Horse,” by sculptor Kwon Jin-kyu, is on display at the Seoul Museum of Art. The piece was exhibited on loan from RM of BTS. (SeMA)
Celebrity influence on the art industry is playing a big role in the South Korean art market, which is growing at an unprecedented rate and is expected to surpass 1 trillion won ($790 million) this year. It is not surprising to encounter celebrities at major art fairs such as Kiaf Seoul or Art Busan. Boy band BTS, actor Jun Ji-hyun, actor Yoo Ah-in, K-pop star Chungha, singer Lee Seung-gi and actor Lee Byung-hun have all been attendees.

“In the past, celebrities came to see art at galleries or art fairs, but many of them have now started to actually buy works,” said a Seoul-based gallerist.

The art market in Korea has grabbed international attention, particularly for its growth potential. A business-friendly environment, geographical advantages and a growing younger generation of enthusiastic collectors make Korea an attractive market.

While celebrities’ influence in the art industry has generally had a positive effect -- especially in getting younger people interested in art -- sudden focus on specific artists is not necessarily a purely positive development for the art market, some caution.

While the culture of collecting is slowly maturing, most people here still tend to rely on art dealers, gallerists or those “believed to have more sophisticated tastes,” like celebrities. That way, people seek to make sure that they have “fine taste” or make a “profitable choice,” according to those in the art industry familiar with the issue.

“Art dealers create most of the circumstances, marketing works or artists by mentioning celebrities who have purchased their works,” said Woo Chung-woo, director of Hakgojae, a major gallery located in central Seoul. “There are definitely many good impacts thanks to K-pop stars and celebrities, but there are also side effects.”

After TV programs show paintings or sculptures displayed at celebrities’ homes, galleries are bombarded with inquiries about the artists and their works, asking whether they can get the same works, multiple gallerists told The Korea Herald. They said prices of works by some artists rose remarkably on the secondary market after they were seen on TV, while declining to name any specific artists.

“In fact, it is not good for the artists. Some of them are targeted by investment-driven collectors using ‘speculative funds.’ While their works sell at a high price on the auction market, the profits rarely go to the artists, but to the sellers,” Woo said.

Gallery Shilla, a 30-year-old gallery based in Daegu and Seoul, ran a project called “Why Do We Compromise Our Taste?” at the Korea Galleries Art Fair 2022 in March. Lee Joon-yub, director of the Seoul branch and son of the gallery’s founder Lee Kwang-ho, posted a sign at the gallery’s booth that read: “Celebs are not allowed to enter, welcome art lovers.” He also handed out questionnaires to determine whether visitors had been influenced by celebrities’ tastes.

“The influence of celebrities is powerful in the art market. For galleries like us that can’t utilize celebrities for our sales, each collector’s unique and solid taste is very important, which will ultimately make the art market ‘healthier,’” Lee said.

“Art is not an industrial good, it is all about one’s own preferences and tastes. Celebrities’ influence may help sales growth, but that does not necessarily mean that the quality of the market improves. A survey showed that many people do not have enough time to study (about art), so they readily follow celebrities when purchasing works,” he added. 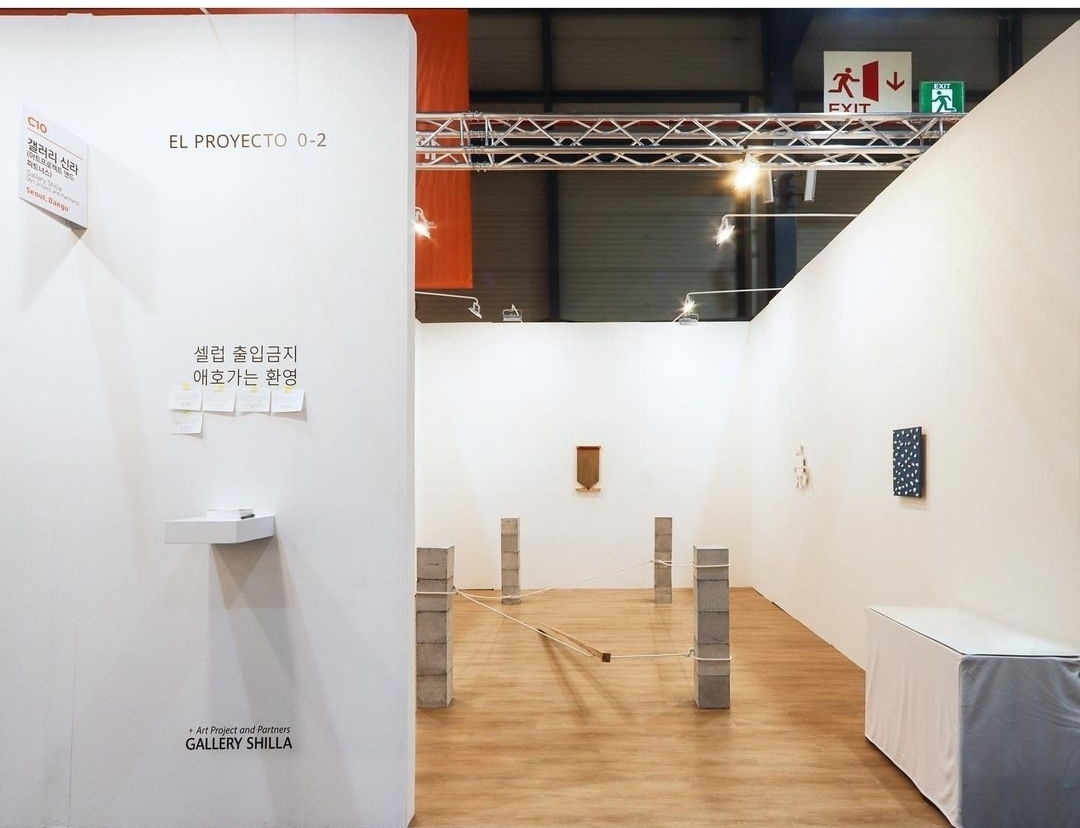 Gallery Shilla’s booth at the Korea Galleries Art Fair 2022 (Gallery Shilla)
Among the Gallery Shilla questionnaires obtained by The Korea Herald, some respondents’ comments included: “I am not sure about my taste yet”; “I need more knowledge about art to know better what I like. It (celebrities’ choice) is one of the ways to explore my taste”; and “I make a choice based on what others would like rather than what I like.”

Park Young-taek, an art critic and fine arts professor at Kyonggi University, said having some knowledge about the artist and their works should precede purchasing them in order to avoid being swayed by their temporary popularity in the art market. The price of a work should reflect its artistic value and the concept that differentiates it from another work -- not just its investment value, he said.

“I recommend at least gleaning some information about the artist from art magazines, articles or art critics before purchasing their works. And also check whether the artist has had exhibitions at museums,” he said.