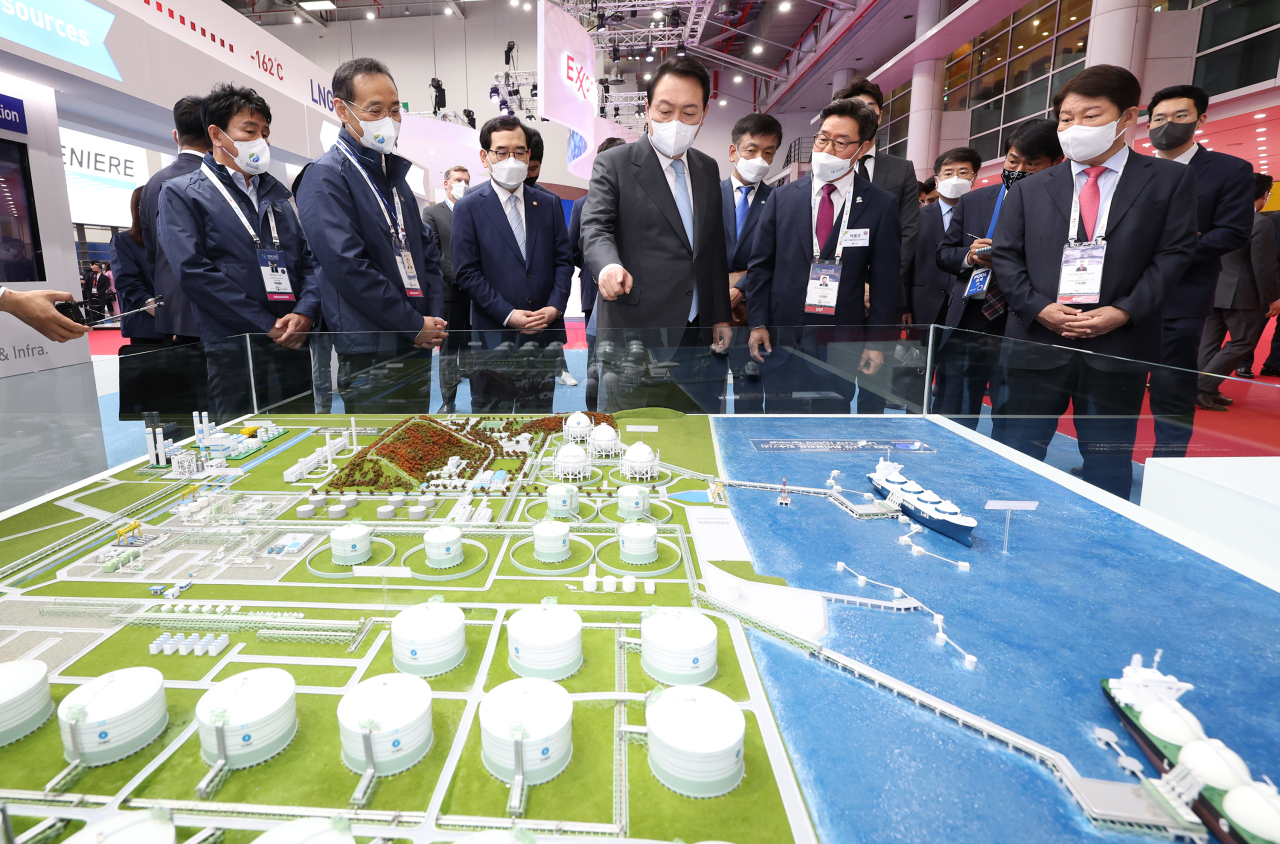 “As a global leader, Korea will fulfill its responsibility and role in the international community’s efforts to achieve carbon neutrality,” Yoon said in the opening remarks.

He said Korea’s future fuel sources should be “rationally mixed,” but did not specify figures. Fossil fuel sources account for 63.6 percent of Korea’s electricity generation in 2021, while nuclear energy made up 27.4 percent and renewable energy 7.5 percent, official data showed.

Natural gas not only emits the lowest greenhouse gas and fine dust among fossil fuels, but also plays an important role in satisfying increased global demand and reducing energy poverty, he said.

“However, it is necessary to take a longer-term view and make changes and innovation efforts to dramatically reduce carbon emissions or transition to the hydrogen industry,” he said.

“We should expand the stockpile of resources by diversifying import sources,” Yoon said. “The private sector should take the lead in boosting the vitality of overseas investment and restoring the industrial ecosystem related to overseas resource development.”

As of 2021, Korea ranked third in liquefied natural gas imports, second in LNG storage capacity and is the world’s No. 1 in LNG ship orders. Korea first introduced natural gas in 1986.

Natural gas is attracting attention as a low-carbon energy source and fossil fuel that does not emit soot, dust and fumes, but Korea is also eyeing hydrogen as an eco-friendly solution in the path to carbon neutrality in the long run.

To this end, the government plans to expand investment for research and development of carbon reduction, secure a hydrogen production base and build a stable hydrogen supply chain through cooperation with natural gas producing countries.