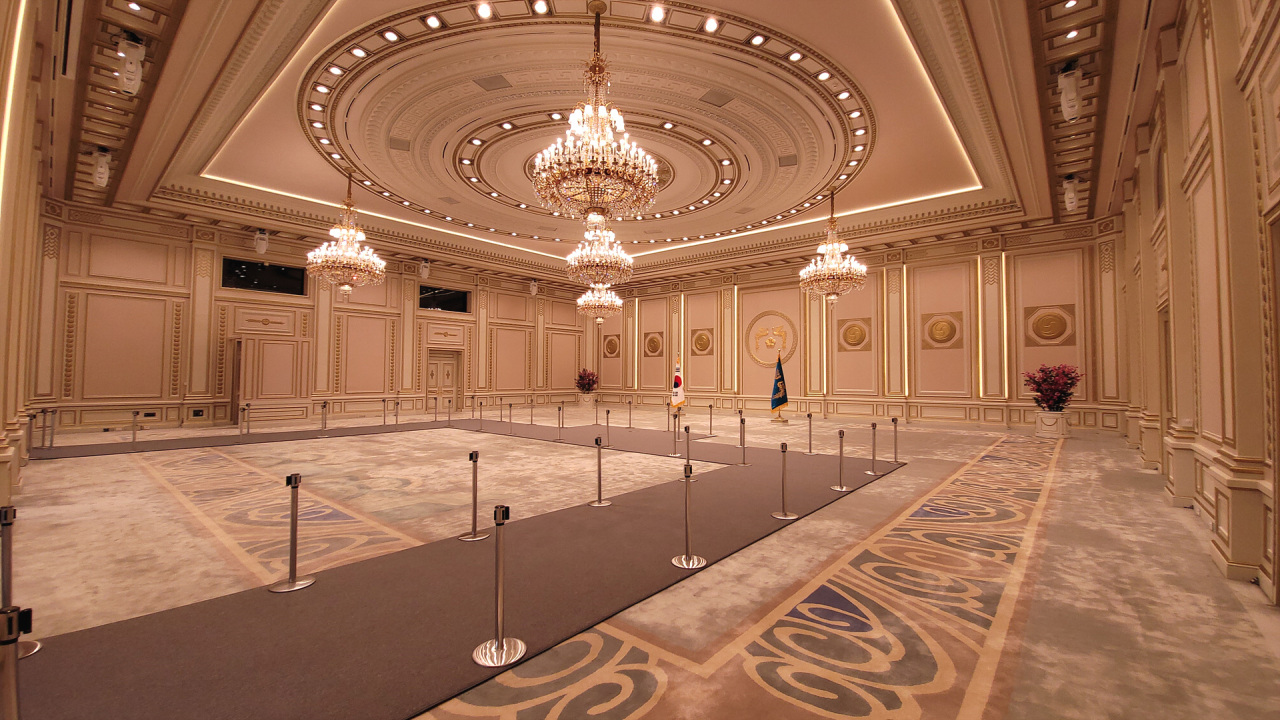 The two buildings at the former presidential office opened to the public starting Monday, according to the Cultural Heritage Administration.

The CHA has set up a Cheong Wa Dae Public Open Service Team to operate tours, manage and maintain the Cheong Wa Dae grounds and buildings.

Stepping into Yeongbingwan, visitors can learn about the history of the state reception hall.

At Chunchugwan, visitors can look around the press briefing room, where former administrations announced policies and pose for photos at the spokesperson photo zone. 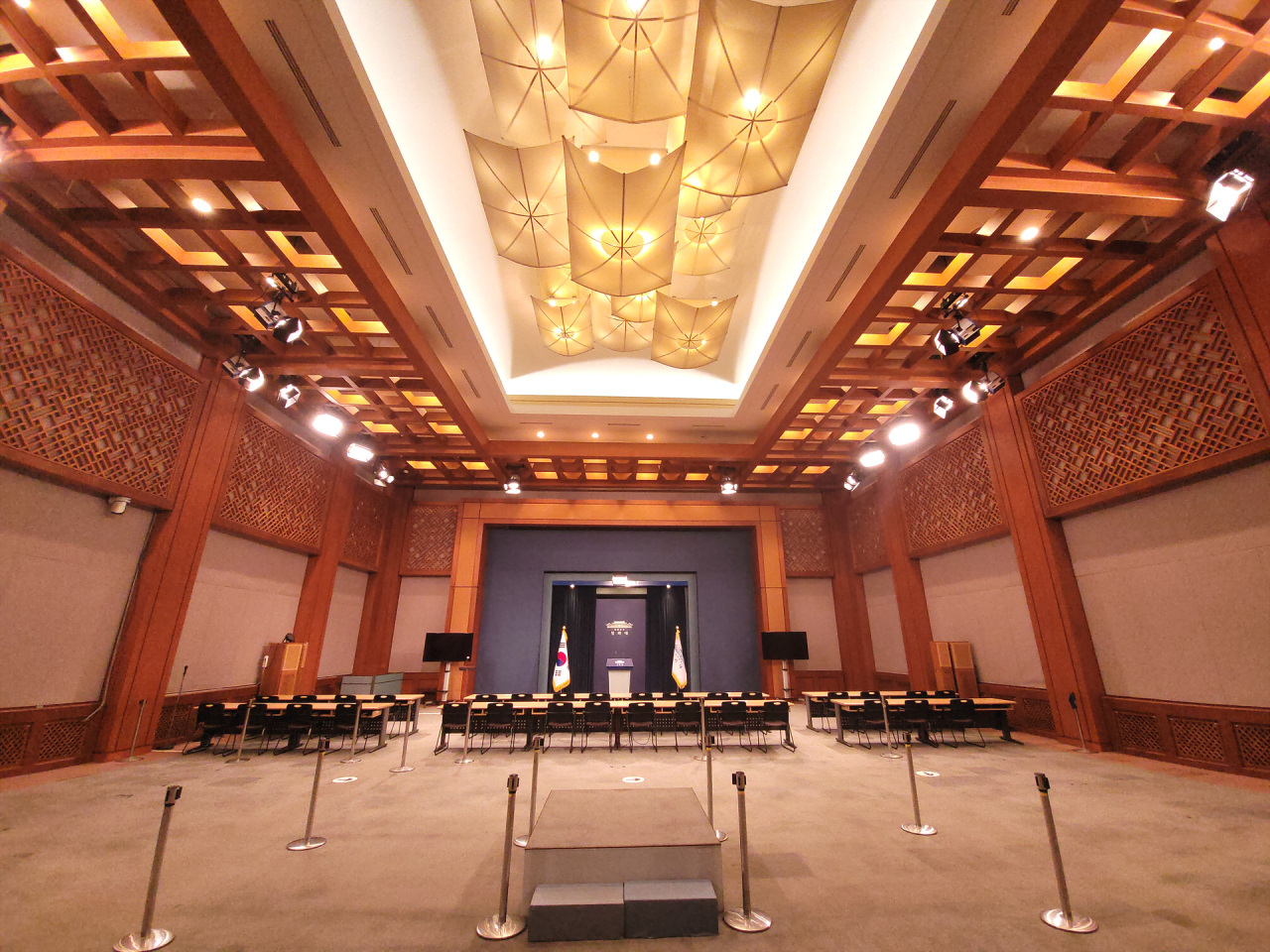 Interior of Chunchugwan, the Cheong Wa Dae press center, in Jongno-gu, central Seoul (CHA)
The number of visitors to Cheong Wa Dae totaled 377,888 in the 13 days it was open to the public, from May 10 to Sunday morning. More than 5 million people have applied for a tour so far, according to the CHA.

“The new team consists of seven members from the CHA, and five members dispatched from the presidential office, for now.” a CHA official told The Korea Herald, Monday.

The public opening, which was initially scheduled to run through Sunday, has been extended to June 11, but the CHA expects the opening to continue through the end of the year, according to the CHA official.

The CHA official said that an online reservation system solely for the purpose of Cheong Wa Dae visits is being developed. At the moment, reservations can be made through Naver, Kakao and Toss.

While there are no additional festivals or music events planned at Cheong Wa Dae after the Royal Culture Festival ended on Sunday, a series of weekend events will be announced soon, the official added.