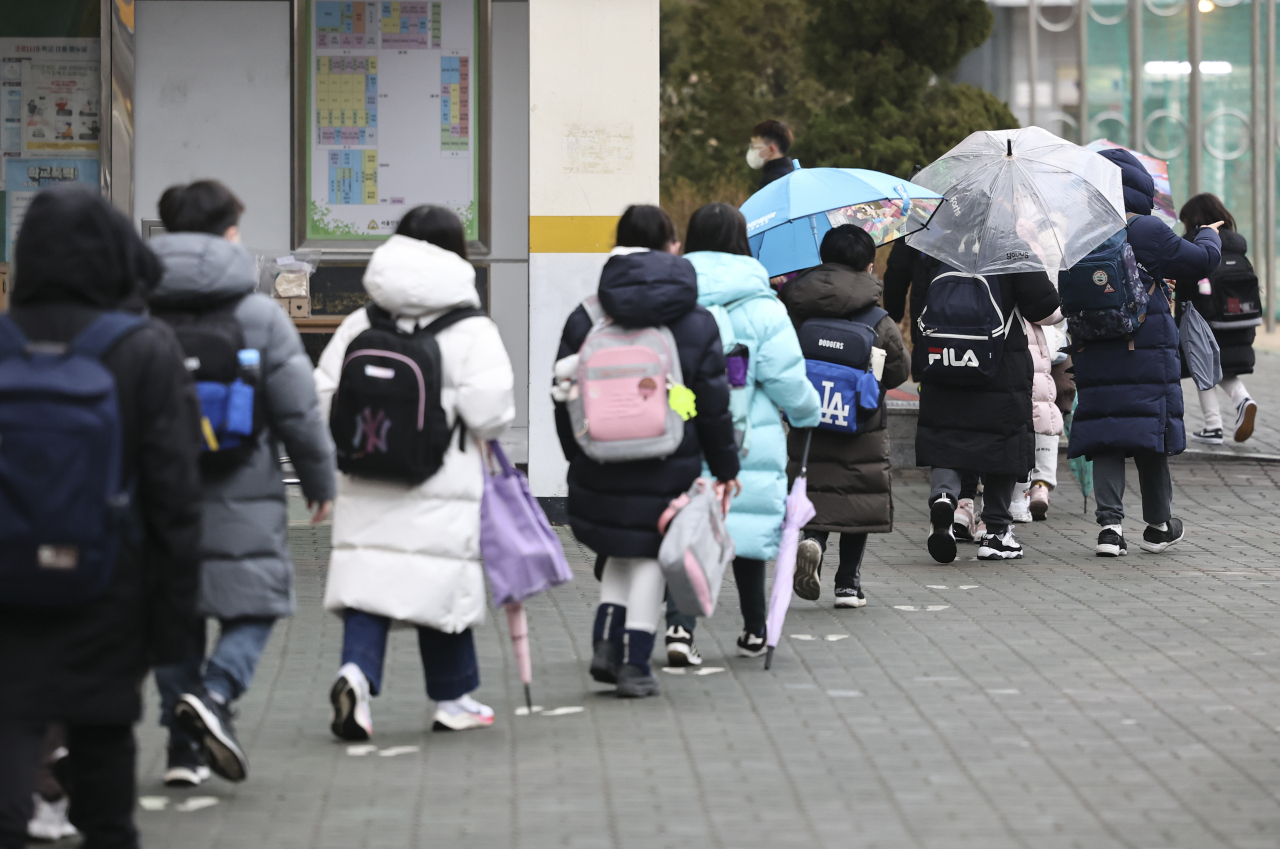 This photo shows students attending an elementary school in Seoul. (Yonhap)
Schools in Korea are to administer rapid polymerase chain reaction and antigen testing methods to prevent the spread of COVID-19 among students and faculty. 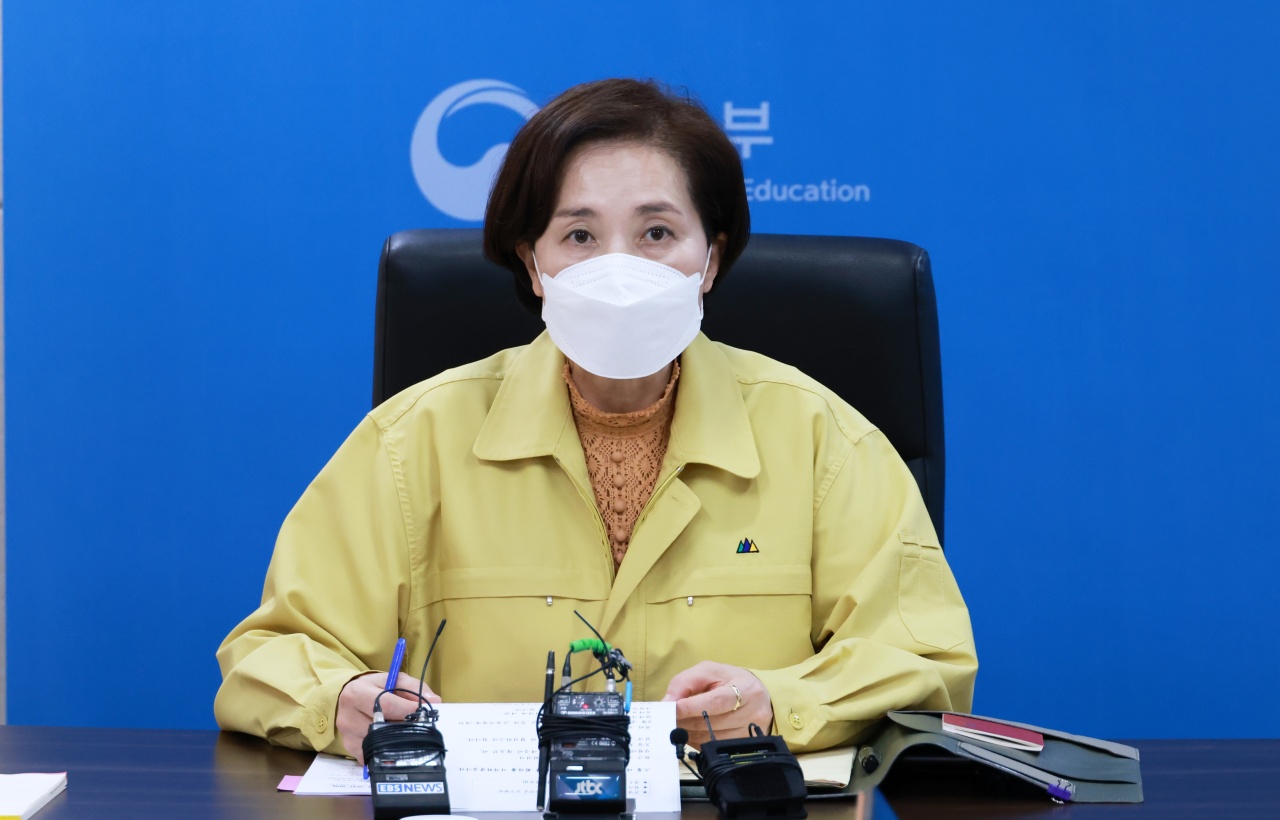 For boarding schools, students are to be required to undergo rapid antigen testing before entering and leaving dormitories from February.

“We will have students go under antigen testing at four regions where the omicron variant has become the dominant strain,” Yoo said, referring to Gwangju, South Jeolla Province, and Pyeongtaek and Anseong in Gyeonggi Province.

As the PCR tests for COVID-19 are only used for high-risk groups in the regions, the ministry will support regional education offices in the area to secure self-testing kits.

For schools that start their terms before March, Yoo stressed the schools should lower class density levels by having classes go online and shortening school hours.

According to the ministry, some 4,730 schools, or 38 percent, are to end their winter vacations before mid-February.

“Schools that are set to return to classes in January or February should be flexible with their schedules, having online classes or shortening the school hours,” Yoo said.

The Education Ministry was set to announce its new guidelines related to the infectious disease control for schools after the Lunar New Year holidays. But the announcement was made early because the omicron variant has been spreading faster than expected.

“We will announce the specific guidelines for the new semester in the beginning of February,” Yoo said.