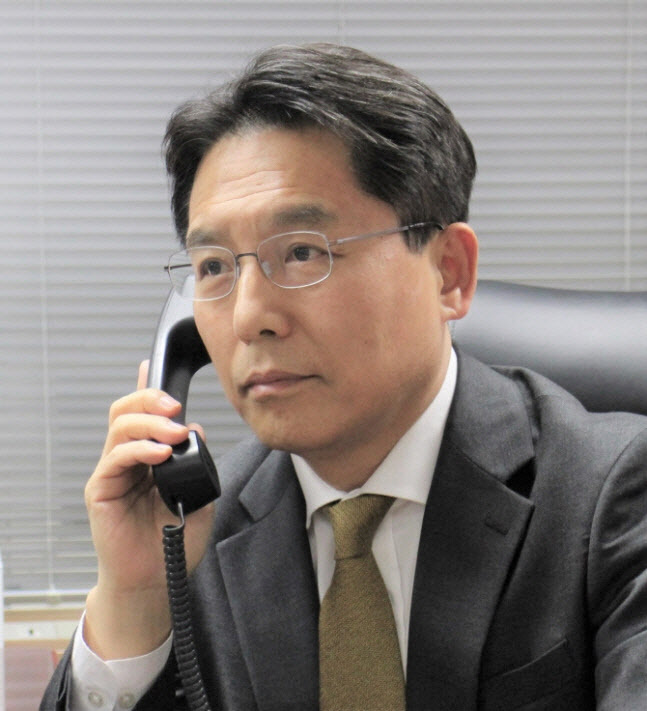 Noh Kyu-duk, special representative for Korean Peninsula peace and security affairs, talked with his American counterpart, Sung Kim, in their latest emergency consultations, hours after the North hinted at restarting “all temporally-suspended activities” -- an apparent allusion to its yearslong self-imposed moratorium on nuclear and intercontinental ballistic missile (ICBM) tests.

“The two sides agreed to remain in close coordination to stably manage the situation on the Korean Peninsula, sharing the view that the peninsula’s problem can be only solved through dialogue and diplomacy,” the ministry said in a release.

In a separate conversation with his Chinese counterpart Liu Xiaoming, Noh exchanged views on the North‘s latest series of missile tests and asked for Beijing’s “constructive” role in defusing tension and resuming stalled denuclearization talks with Pyongyang, it noted.

The North‘s latest saber-rattling came after it fired suspected ballistic missiles four times in a row this month, including two of what it claims to be a hypersonic missile.

In response, the Joe Biden administration last week imposed its first sanctions on the Kim Jong-un regime and is pushing for more UN Security Council sanctions.

The reclusive regime is already subject to a wide web of UN Security Council sanctions for its nuclear and long-range missile tests, which ban it from making any launch using ballistic missile technology.

It remains unclear whether the UN council will reach a consensus on blacklisting more North Koreans and entities especially as two permanent members -- China and Russia -- have veto power.

“We hope members of the #SecurityCouncil will view the current situation prudently with a long-term perspective and the big picture in mind, give serious consideration to #China’s proposal & make effort to stabilize the situation, accumulate mutual trust & resume dialogue,” Liu wrote on Twitter earlier in the day.

Experts said that North Korea could further ramp up pressure on the US with more weapons tests, especially as it is set to mark key national holidays -- the 80th birthday of Kim‘s late father, Kim Jong-il, on Feb. 16 and the 110th birthday of his late grandfather, Kim Il-sung, on April 15 -- in the coming months. (Yonhap)