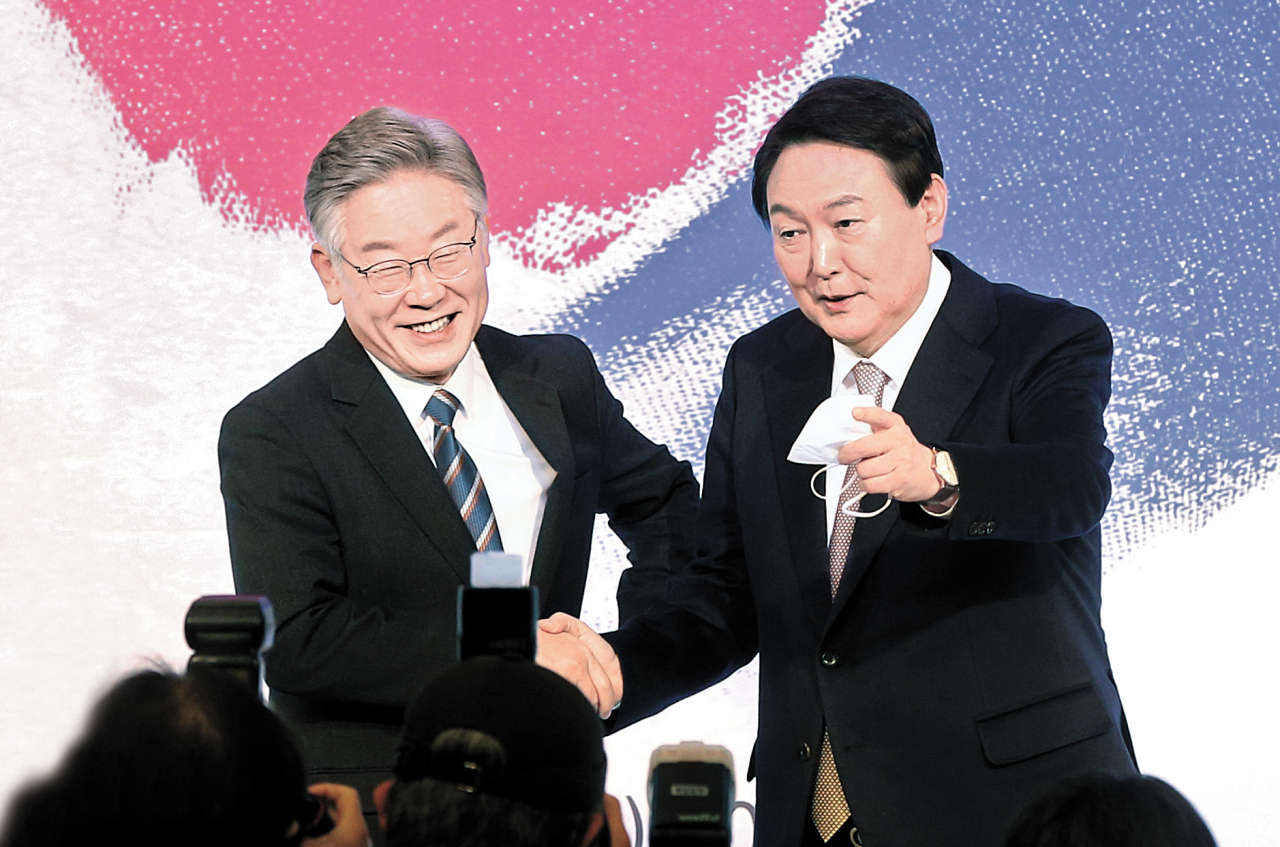 Lee Jae-myung (left), presidential nominee for the ruling Democratic Party of Korea, exchanges greeting with Yoon Suk-yeol (right), presidential nominee for the main opposition People Power Party, during an event held in Jongno-gu, central Seoul, on Wednesday. (Joint Press Corps)
With just 100 days left for South Korea to pick its next president, the question comes down to what significance the race holds and how the landscape could change as voters prepare to cast their ballots on March 9.

The candidates are new, and so is the theme of the race. The voters have changed, and what they look for is unique to Korea's political history. What candidates offer and how they present their views are critical at this point, with their ratings shifting every day.

The Korea Herald seeks to dissect key details of the 2022 presidential election with analyses from three local experts on election campaigns and politics.

Eom Gyeong-yeong, director of the Zeitgeist Institute, and political commentators Rhee Jong-hoon and Hwang Tae-soon offered their thoughts in interviews with The Korea Herald on what the key points of the upcoming election are and how similar or different it will be from past elections.

The three experts agree that promising fairness and justice for Korean society is a key theme of the race -- largely between Lee Jae-myung of the ruling Democratic Party of Korea and the main opposition People Power Party's Yoon Suk-yeol.

They also say that public ire over the Moon Jae-in administration's perceived double standards will be reflected on the ballots in March, and that the candidate who can better project himself as the solution will ultimately prevail.

"Scandals revolving around Cho Kuk, Yoon Mi-hyang, the Land & Housing Corp. and the latest Daejang-dong development project all point to the need for fairness in running government affairs," Hwang said.

"Some say that next year’s election is mainly about real estate, and that shows the degree of unfairness people feel in looking to buy homes when housing prices are skyrocketing to only benefit the wealthy."

Eom adds that Lee and Yoon winning their parties’ primaries is evidence of voters' desire for change in the political arena.

"Neither candidate has served as a lawmaker, so we could arguably say they are fairly new to this game of national politics," Eom said.

"As seen from their victories in the primaries, people are looking for fresh change in the political scene by expressing support for candidates with no legislative experience." 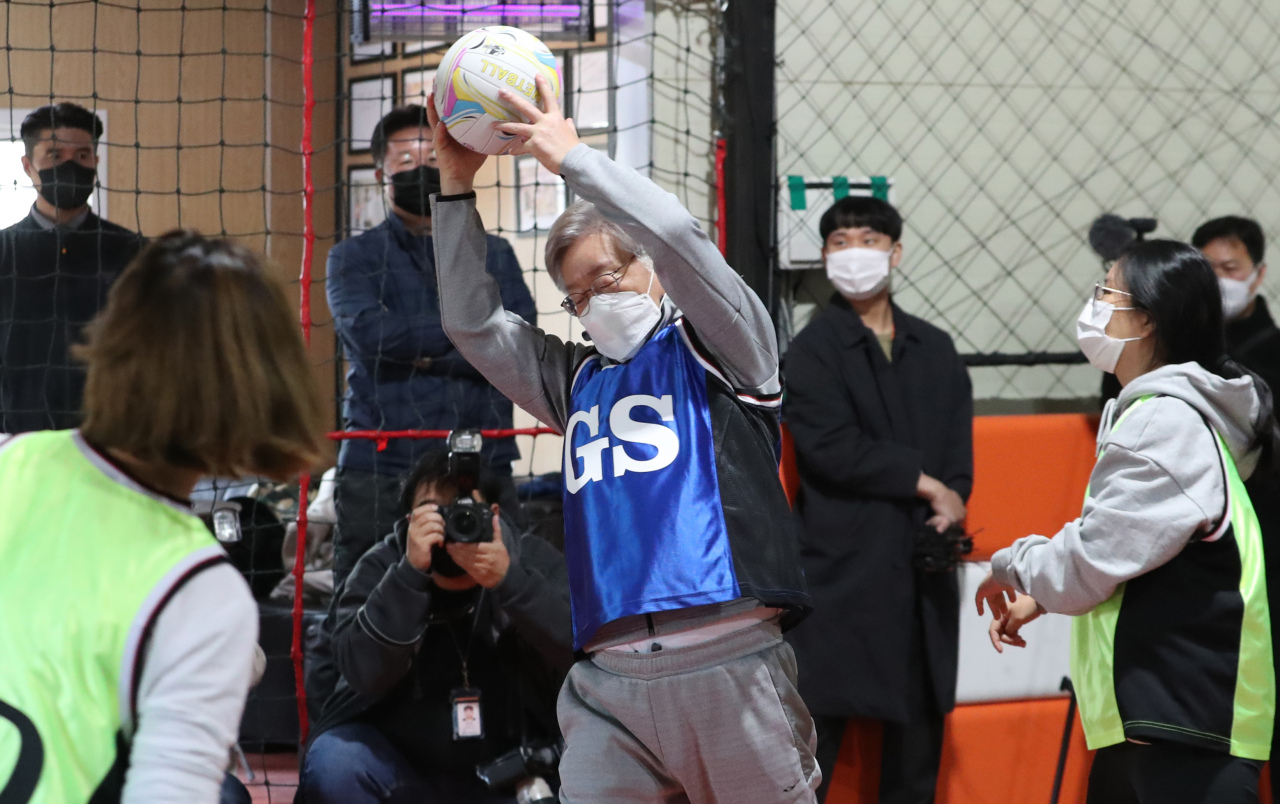 Lee Jae-myung, presidential nominee for the ruling Democratic Party of Korea, plays netball with female voters in their 20s as a part of his campaign event in Goyang, Gyeonggi Province, on Oct. 31. (Joint Press Corps)
Fight for young swing voters

And the voices demanding fresh change are loudest among voters in their 20s and 30s. The three experts said grabbing the attention of these "swing voters" will be essential for victory.

The age group accounts for approximately 34 percent of all possible voters, and experts say the candidates are headed in the right direction in drawing up promises geared toward them.

"These voters in their 20s and 30s helped Moon Jae-in rise to the presidency, but they are the ones who were most directly hurt by job losses and housing price hikes from the administration’s work," Rhee said.

"They are the ones chanting about the need to overturn power, so it is logical for both parties to strive to win them over."

Eom added that young voters will be difficult to win over, as they show no clear political allegiance as a group, nor any group structure or leadership.

"They were originally grouped as part of the larger support group of the liberal bloc, but they shifted and are now clear of party allegiance. They refuse to stick with political allegiance and emphasize pragmatism, as seen in the results of the April mayoral by-elections," Eom said.

By region, the experts say the outcome in Greater Seoul -- consisting of Seoul, Incheon and Gyeonggi Province -- will be important in determining the winner of the race, as well as North and South Chungcheong provinces. 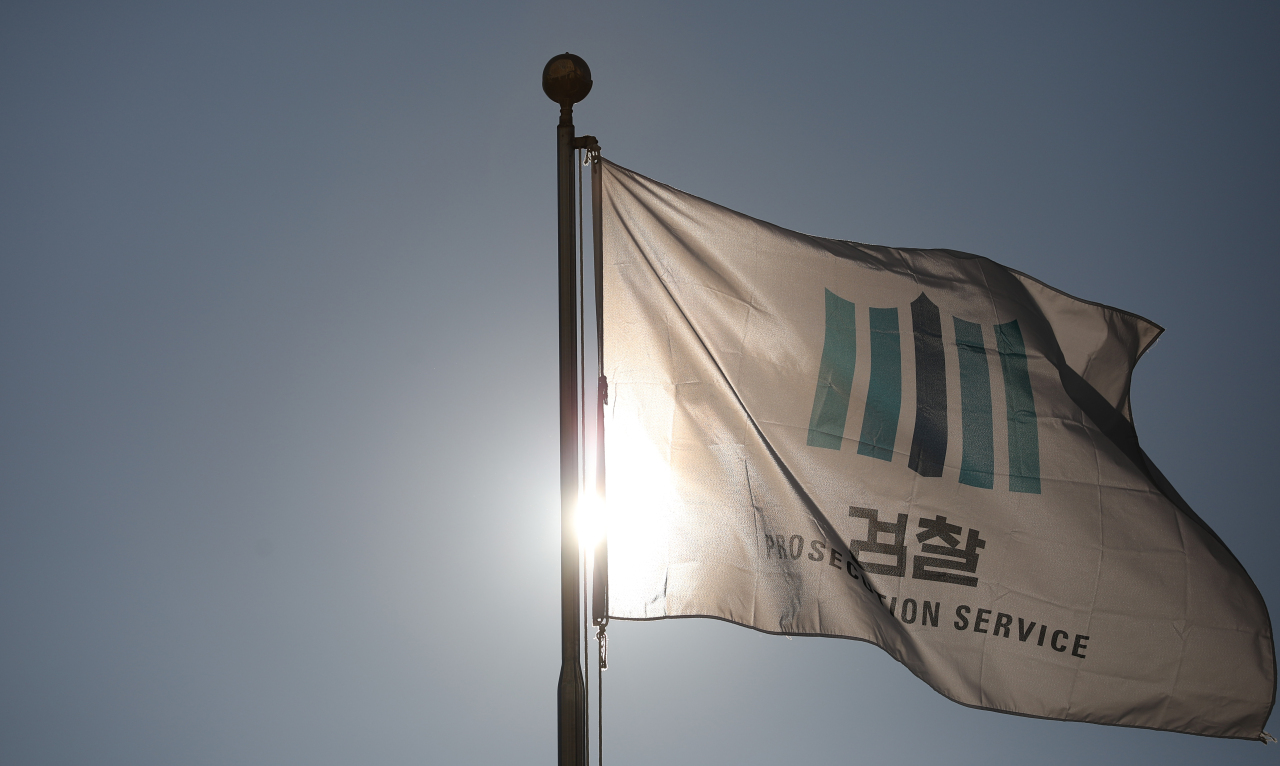 The three experts also agree that prosecutorial investigations involving Lee and Yoon will be key factors in next year’s race, as their outcomes could affect the support and status of the two candidates.

Lee is dogged by suspicions of unlawfully favoring his aides for a land development project in Seongnam, Gyeonggi Province, when he was mayor of the city in 2015. Yoon is facing a probe for possibly abusing his power to bring a number of ruling party figures under investigation.

"The prosecution, in essence, holds the key to how this election will unfold," Rhee said.

"Parties may be forced to pick new presidential nominees if either of them is indicted as part of the investigations, so we need to keep an eye on whether prosecutors will make a 'political' decision."

Eom projects that special counsel probes of both cases, which have been suggested, are unlikely. Even if they happen, he said, the results will not be available in time to affect the election.

"A special counsel inspection usually takes three months or more to announce preliminary results, so it is unrealistic to expect any outcome before the election is held," Eom said.

But considering that the election could go either way, Hwang believes the prosecution will remain neutral in its investigative efforts. Progress could be made, but Lee and Yoon are both unlikely to be indicted, he said.

"The current leaders of the prosecution are in a position to stay loyal to the ruling administration, but they also consider the possibility of Yoon Suk-yeol winning the election, which will effectively have them 'exiled' for five years," Hwang said.

"But what we do know for sure is that prosecutors will severely crack down on the losing candidate. They will have to offer something to the president-elect in exchange for his blessing and support." 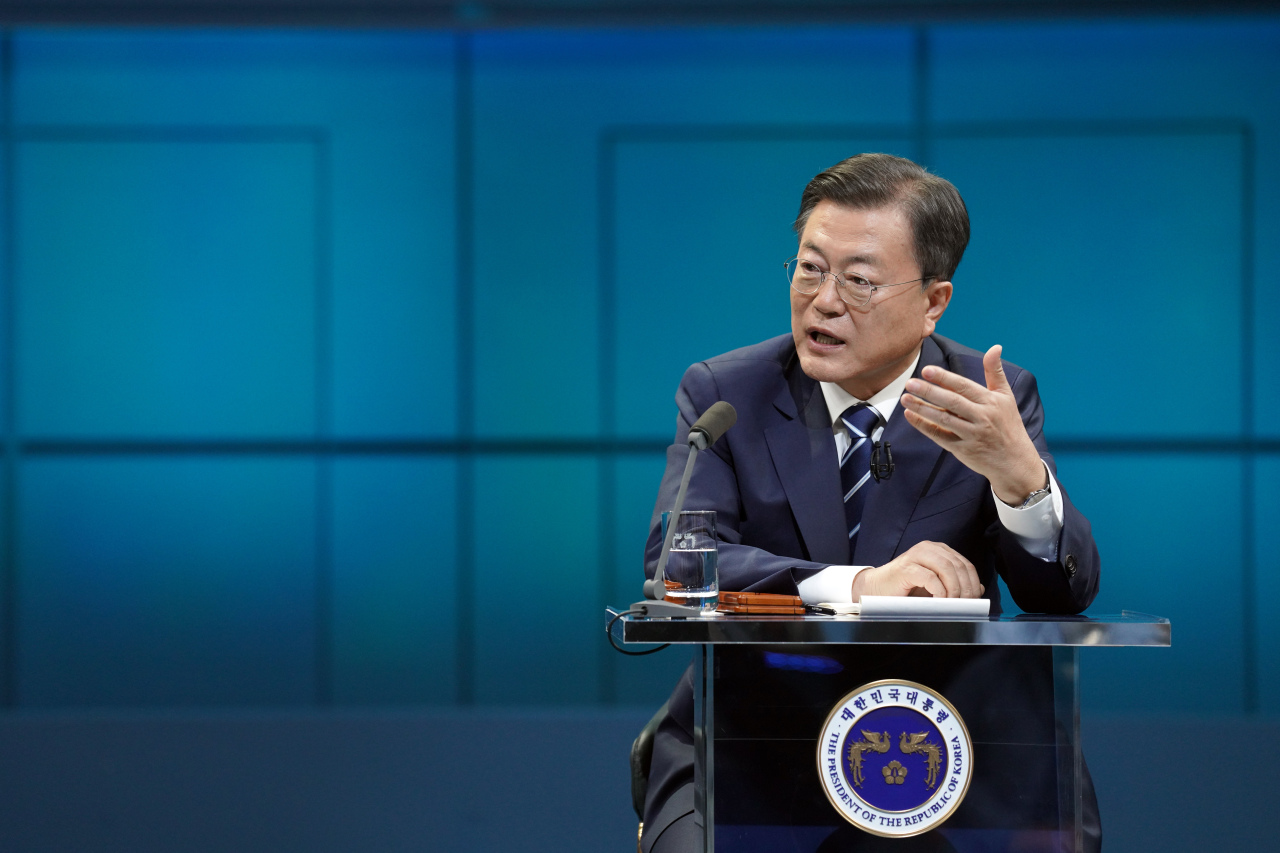 As fairness and justice take center stage in the election, the Moon administration is doomed to steadily lose support and even see some of its key officials undergo probes after his term ends, the experts say.

Even Lee, who is from the same party as Moon, has distanced himself from the administration, they emphasize, which hints that Moon could face investigation over his actions during his time in power.

"The prosecution also holds key power in this issue," Hwang said. "Moon is likely to be used as a scapegoat for the successful starting ritual of the new administration, whoever its leader may be."

History shows that almost all past presidents here have undergone investigation, and Hwang believes the trend will be unchanged for Moon, even if his fellow party member Lee wins the election.

Although the Moon administration's support rating remains relatively high, Eom believes the number will fall as the election date approaches.

Rhee went as far as to say that Lee would even change the name of the Democratic Party and ask Moon to relinquish his party membership as a means to emphasize novelty and differentiate himself from Moon.

"Lee Jae-myung will continue to emphasize that he is different from Moon Jae-in, mainly because politically neutral voters do not support the president," Rhee said.

"The ruling party will continue to change to emphasize Lee Jae-myung as its new face and distance itself from the Moon administration."

While the election is largely a two-way race of candidates with their own set of problems and drawbacks, experts say third-party candidates are unlikely to enjoy much success.

Rhee adds to Eom’s comments that it is in Sim’s hands to show that the Justice Party is not a mere satellite of the ruling bloc. That will encourage her to stay in the race, but it is still possible that Sim could join forces with Lee later on.

Hwang projects that People's Party Chairman Ahn Cheol-soo will continue until he reaches favorable terms for a consolidation of forces with Yoon. He expects Ahn to gain around 5 percent of the vote if he stays put. Yoon will likely need those votes to win against Lee. 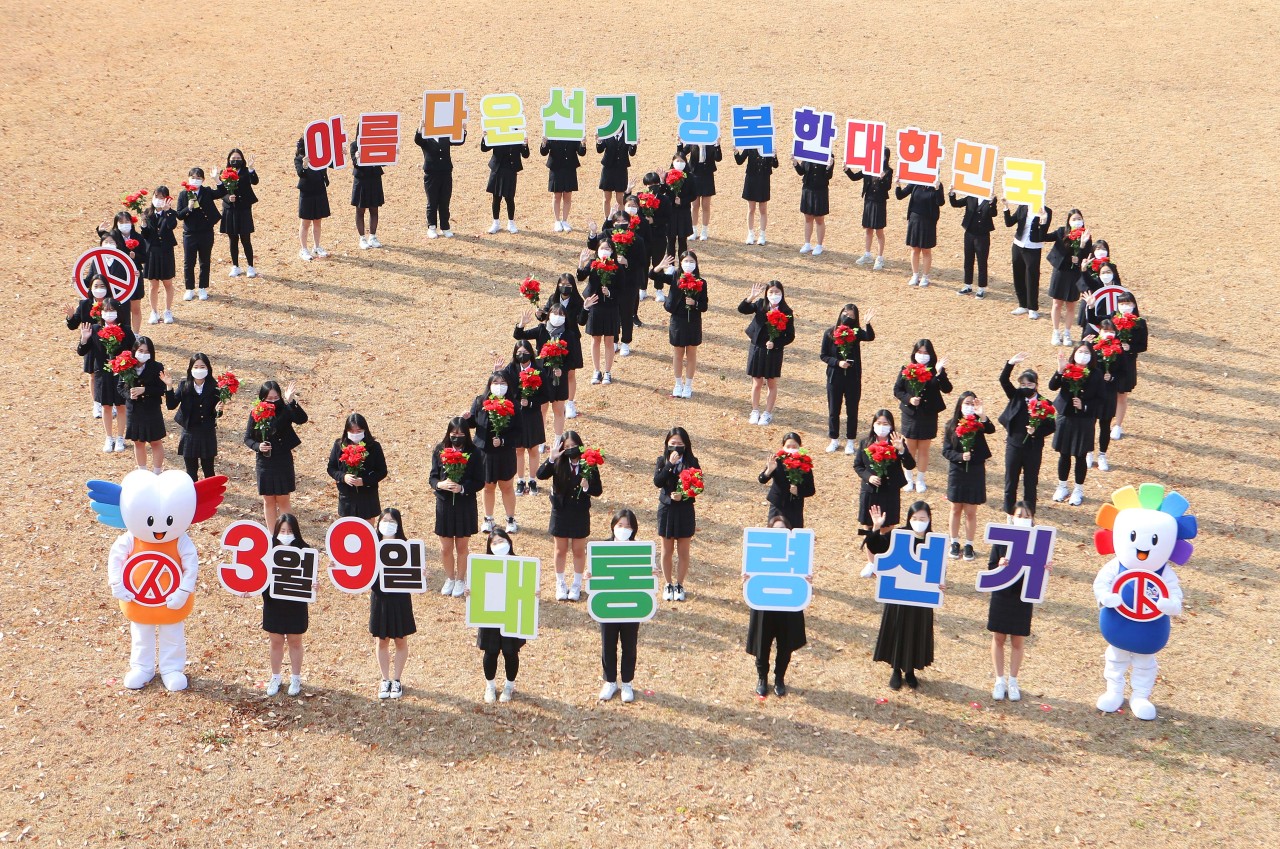 The experts were united in believing that whichever party prevails in the presidential election is likely to extend a winning streak into the local elections in June 2022.

"The press will be concentrated on issues of the president-elect and how the Cabinet will be formed between the election and the start of the new administration in early May," Hwang said.

"That means there’s only a 20-day window for the local elections to take the spotlight. And there’s this so-called 'honeymoon' period for the new president, so everyone is going to be in favor of the new president’s party."