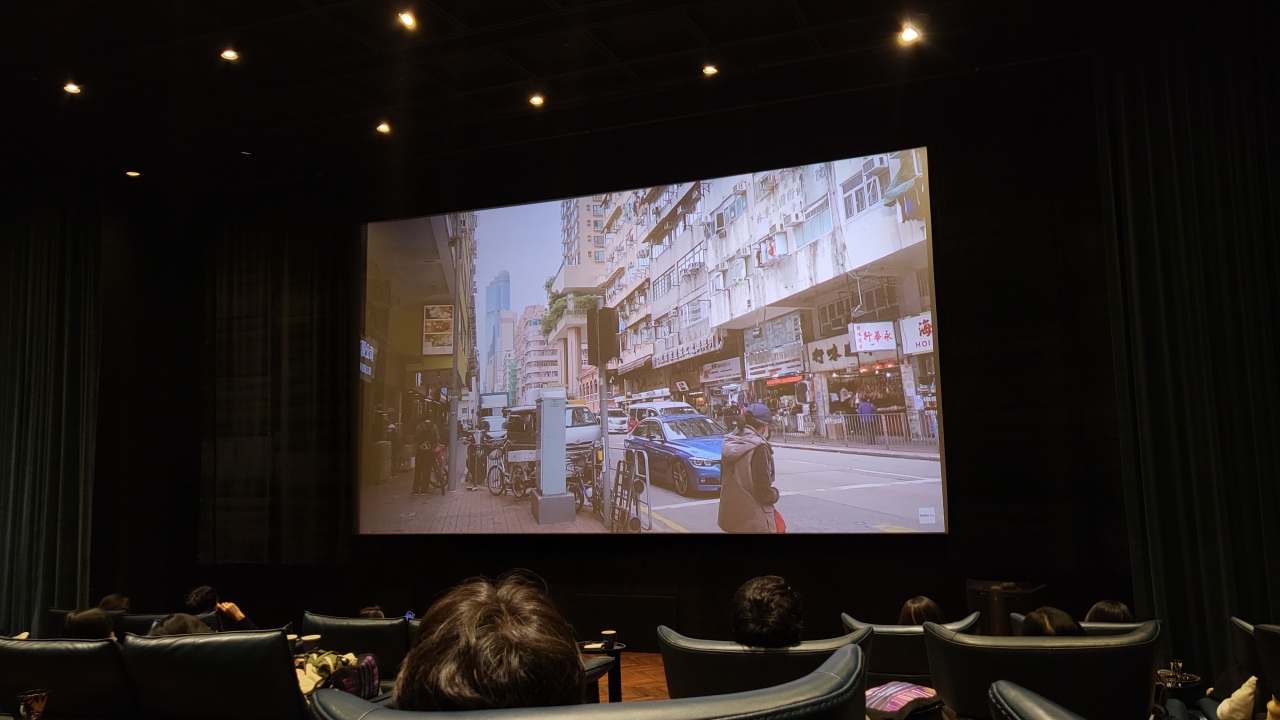 A livestream tour of Hong Kong’s West Kowloon neighborhood is held at CGV Cheongdam in southern Seoul, Tuesday. (Kim Hae-yeon/The Korea Herald)
No need to worry about missing the next train or wandering through crowded streets -- livestreaming tours are here for novice travelers.

An online live tour of Hong Kong’s West Kowloon neighborhood organized by the Hong Kong Tourism Board was presented to press and tourism officials in a showcase Tuesday at CGV Cheongdam in southern Seoul.

The hourlong walking tour, titled “Next Stop is West Kowloon Station,” consisted of five walking routes, starting from the beautiful shoreline that extends to Yau Ma Tei and Pitt Street, then spans along Nathan Road to reach streets and paths around Austin Road in the Jordan district. 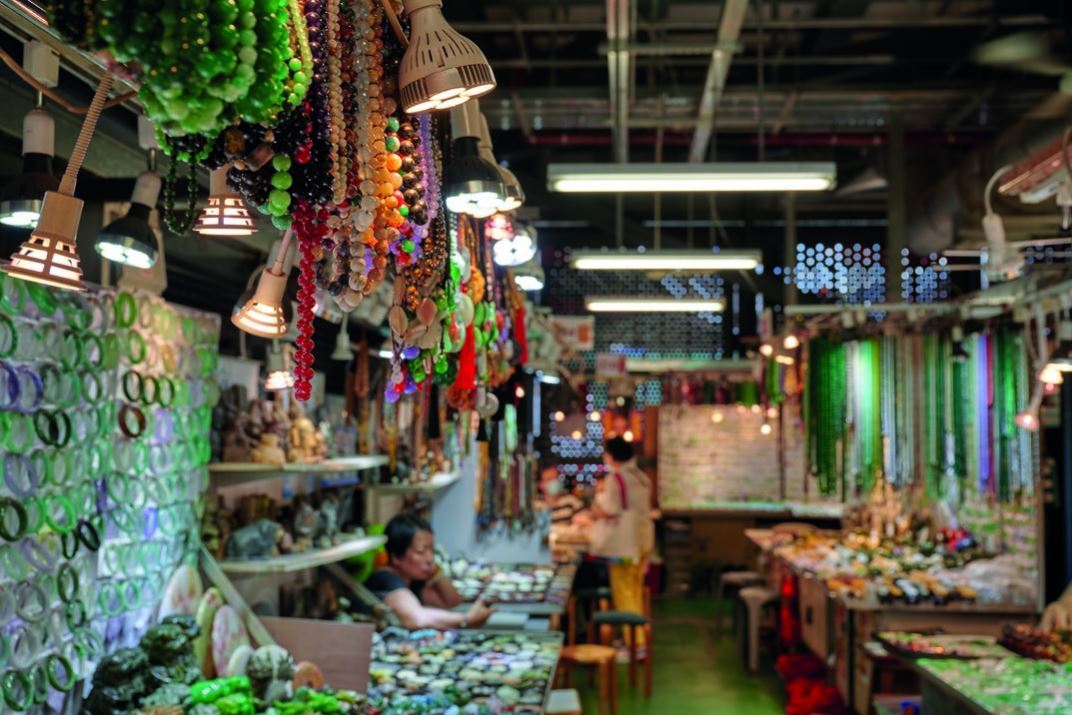 Architectural designs and market alleys are pointed out throughout the tour and it feels as if the guide were standing next to each individual audience member. Some 45 people logged into the tour’s designated chat room to reminisce on memories of past visits to Hong Kong and ask questions of the guide. 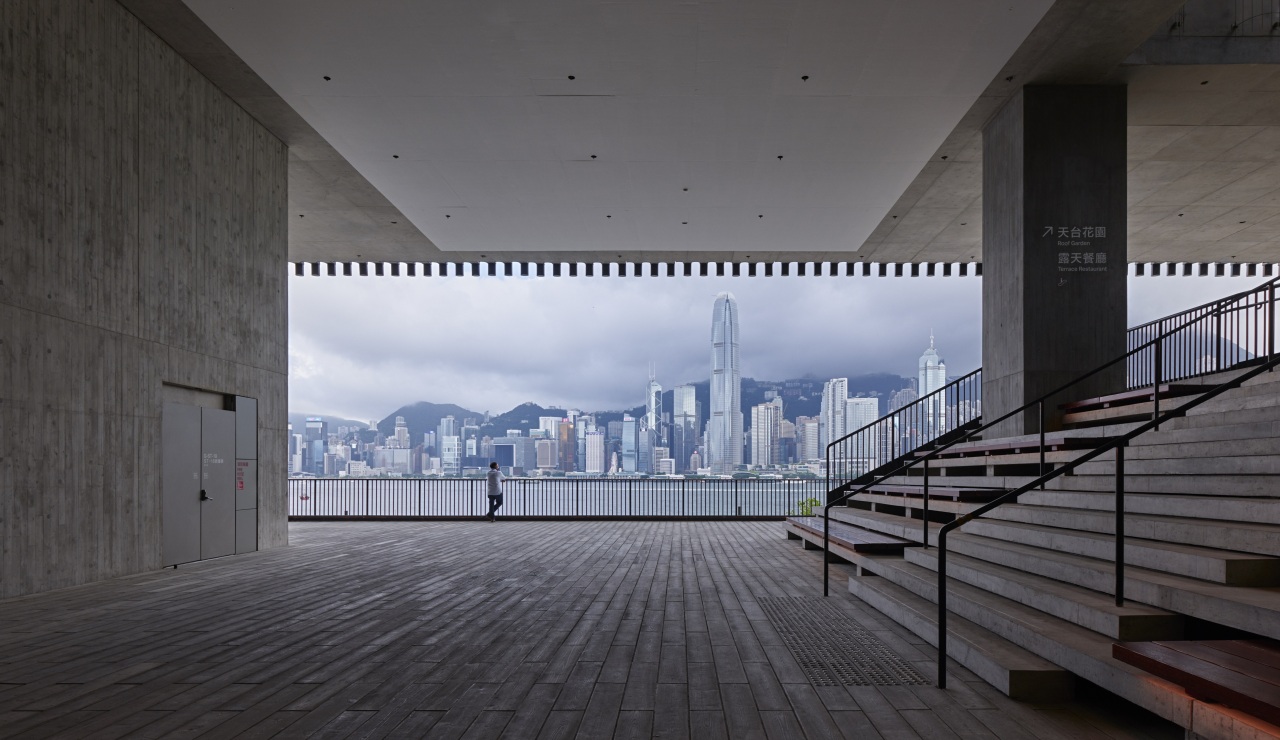 M+ museum of West Kowloon Cultural District, Hong Kong, which opened Nov. 12 (HKTB)
Two new museums that look to be landmarks of the city -- M+ and the Hong Kong Palace Museum -- were shown from the outside. M+ officially opened Nov. 12, instantly attracting some 100,000 reservations, according to the museum. The Hong Kong Palace Museum is scheduled to open in the middle of next year.

Amid the prolonged pandemic, Hong Kong has been open to foreign travelers since August, but a two-week quarantine is required.

Livestream tours will start Dec. 7 at 7 p.m., and are accessible to all. Those who make prior reservations at the Hong Kong Tourism Board’s website will have the chance to win a prize during the tour.