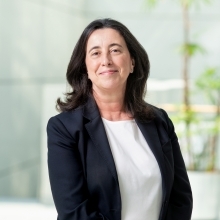 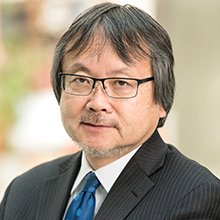 A document in the World Bank’s archives tells a story of modest beginnings: In 1962, representatives of South Korea and the International Development Association, the World Bank’s fund for the world’s poorest countries, signed a Development Credit Agreement for a railroad project “to meet growing traffic needs, to improve its operating efficiency and to decrease its operating costs.” The $14 million project was aimed at completing the 26-kilometer Hwanji railroad line, procuring or manufacturing 1,365 freight and passenger cars and establishing “a modern and sound accounting and statistical system for the National Railroad.”

From a single acorn grows a mighty oak. Korea borrowed from IDA to build rail, highways, irrigation, schools and universities. As its economy grew, Korea moved on to industrial development, workforce education and research and development.

In the early 1980s, Korea launched a phase of export expansion, and in the 1990s, it joined the Organization for Economic Cooperation and Development. Gross domestic product per capita had risen from $158 in 1960 at current US dollars to $31,489 in 2020 thanks to average annual growth rates of over 7 percent.

In 2009, Korea became the first former aid recipient to join the OECD’s Development Assistance Committee, a forum for the world’s largest providers of development aid. Korean cars, phones and technology are now ubiquitous around the world, and the past year has seen Korean film director Bong Joon-ho win three Oscars and K-pop superstars BTS address the United Nations.

Korea’s remarkable journey is an inspirational example to many developing countries, and worth emulating. Its partnership with IDA -- one of the largest and most effective platforms for fighting poverty in the world’s poorest countries -- enables Korea to leverage not only its funds but also its knowledge and capabilities to help end poverty, boost shared prosperity and support sustainable development. As aid donors prepare to meet in Tokyo next month to replenish IDA’s funds, Korea’s strong support will be an invaluable demonstration of leadership and global solidarity in addition to the financing Korea provides.

Over the past 60 years, IDA has delivered about $458 billion for investments in 114 countries. Korea has been a strong contributor, with its commitments rising each year, making it the 14th largest donor. Through IDA, Korea has supported development across East Asia and the Pacific Islands, contributing to positive outcomes on jobs and economic transformation; fragility, conflict and violence; gender and development; government and institutions; and technology.

Ambitious and successful IDA replenishment will be critical to providing the grants and highly concessional financing that the poorest countries urgently need now. Against the backdrop of the unprecedented economic and health crises brought about by COVID-19, IDA has responded with speed and scale and committed more than $56 billion between April 2020 and September 2021. IDA funding is part of an international effort to provide affordable and fair access to vaccines, and countries are using World Bank financing, half of which is expected to be provided by IDA, to purchase vaccines and to strengthen their health systems.

Critically, however, IDA funds are also needed so that the poorest countries do not lose decades of hard-won progress. Poverty is rising in IDA countries, which have lost years of gains in thwarting maternal and child mortality, and school closures are deepening learning poverty. Meanwhile, government revenues are falling, risks of conflict and instability are on the rise and a food crisis is looming in around one-third of IDA countries. Growing debt vulnerabilities are further exacerbating the challenges these nations face.

To meet these pressing needs, IDA shareholders are bringing forward the next IDA replenishment by a year. They agree to focus on a recovery that is green, resilient and inclusive, and will emphasize efforts to rebuild human capital, bolster crisis preparedness and stimulate green growth to cope with the impacts of climate change and preserve natural capital and biodiversity.

The ongoing IDA replenishment ending in December 2021 is an essential platform for international cooperation and solidarity to meet the dire needs of low-income countries, particularly after the impact of COVID-19; and an opportunity for developed countries to demonstrate their commitment to supporting the poorest countries in the world through a robust IDA contribution.