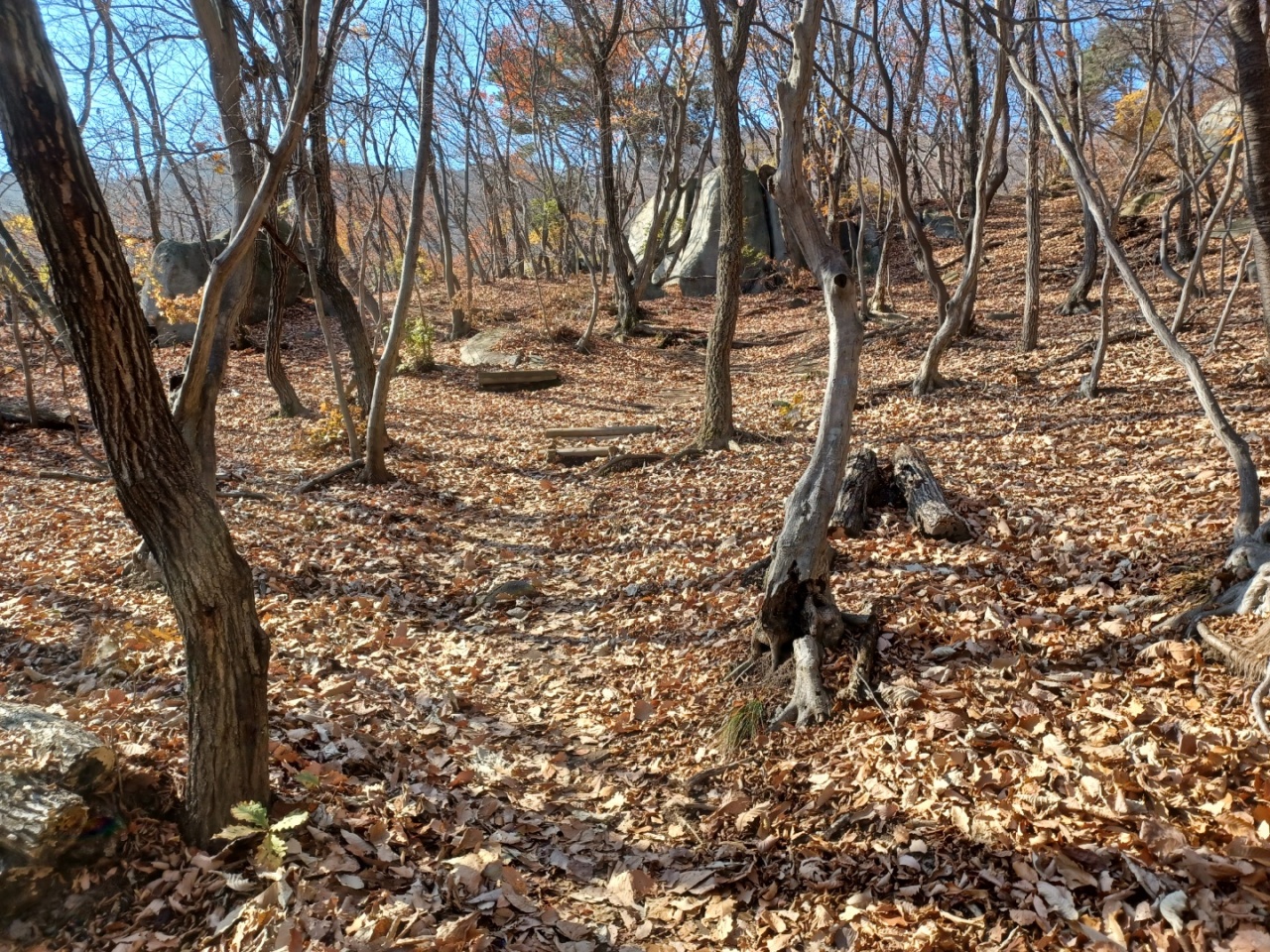 Manisan trail is covered with autumn leaves. (Lee Si-jin/The Korea Herald)
INCHEON -- Autumn is a wonderful season to go anywhere in Korea. And it’s not too late to enjoy the autumn breeze.

Though the recent rains might have made an unwelcome visit, pulling some of the colorful leaves from their branches earlier than usual, colorful fall foliage still welcomed hikers on Manisan last weekend.

A mountain standing a moderate 472 meters high on Incheon’s island of Ganghwado, some 60 kilometers west of Seoul, Manisan is one of the most popular places in Korea to watch the New Year sunrise. It is also a popular spot for beginner hikers to enjoy the panoramic view of the sea and the surrounding mountains.

After paying a small fee to enter the mountain -- 2,000 won, 1,000 won and 700 won for adults, teenagers and children, respectively -- follow the wide path and you will meet with other hikers all choosing which path to take.

The mountain offers four hiking paths to the top -- the Stairway, the Dangun, Hamheodongcheon and Jeongsusa paths. I took the third of those, which is described as the second-toughest route. 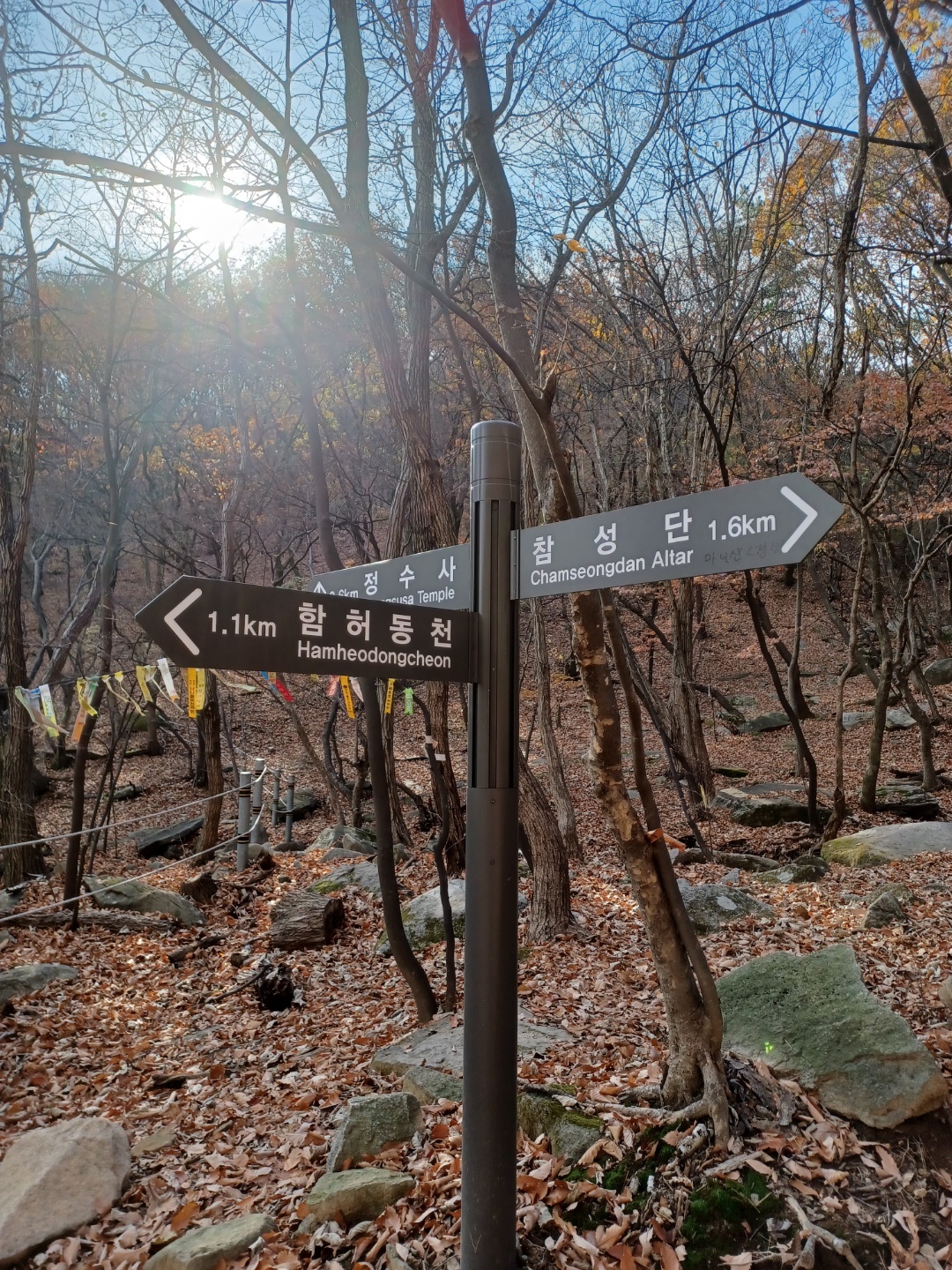 Markers point the directions for Hamheodongcheon, Chamseongdan and Jeongsusa. (Lee Si-jin/The Korea Herald)
The historic mountain and the altar at the top of it are considered to be where Dangun, the legendary founder of Korea, offered sacrifices to the heaven and his ancestors, and later kings climbed the mountain to perform the rituals as well.

Mountain-loving hikers will stand in awe with the colorful mountain trail and fresh air of pine tree forest full of phytoncides -- chemicals emitted by trees that are popular in Korea for their refreshing effect and supposed health benefits. But soon, you will find yourself dropping your head, putting both hands around your waist and trying to catch your breath due to the sharp incline straight up.

After hiking for 40 minutes or so from the foot of the mountain, a splendid view from the crest of the ridge takes you by surprise and makes you forget about the pain of the climb. It was a little hazy the day I went up, but the panoramic view of the surrounding mountain peaks and the Yellow Sea was still mesmerizing. 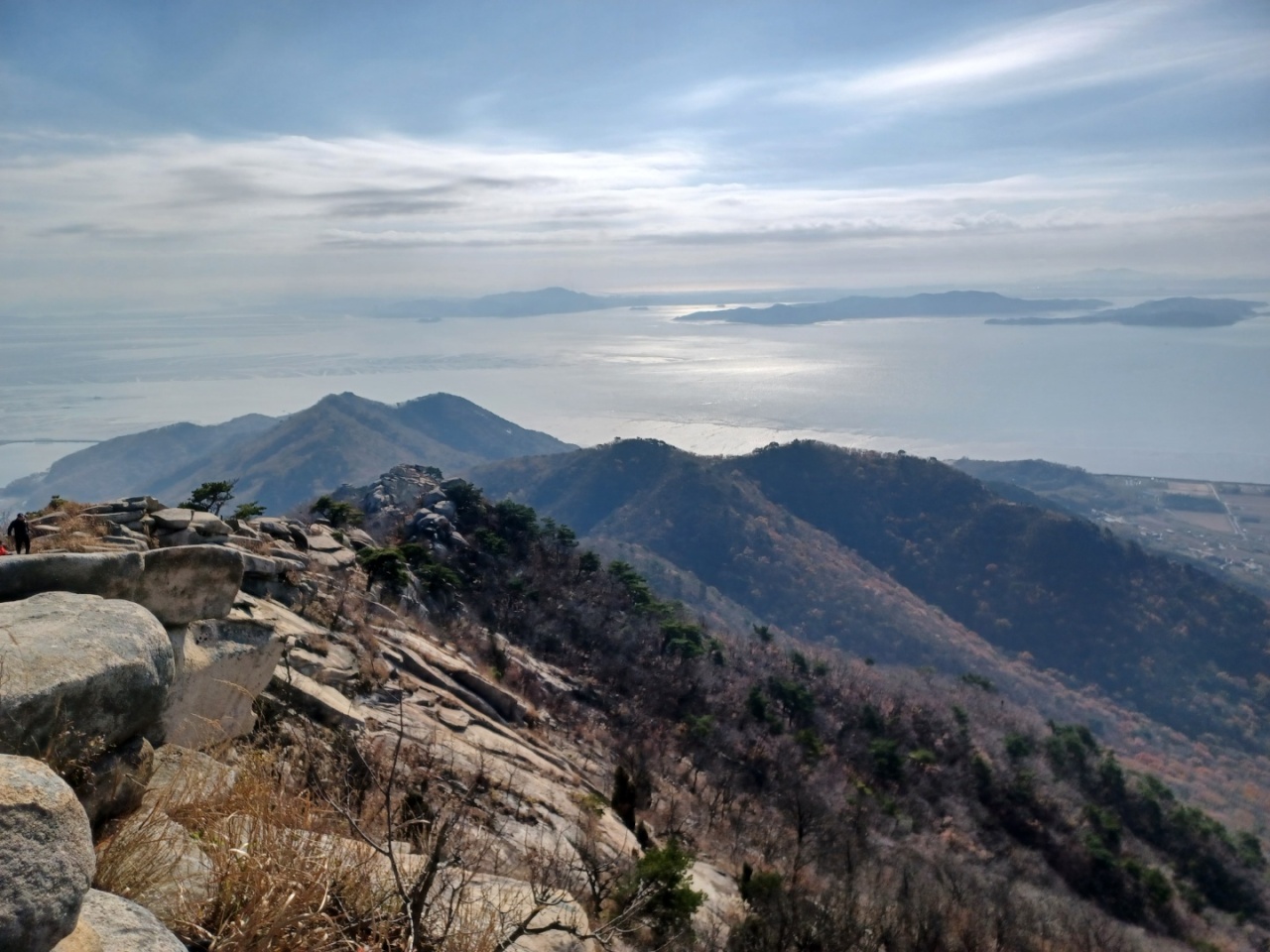 A spectacular view of the surrounding mountain peaks and the Yellow Sea can be seen from the top of Manisan. (Lee Si-jin/The Korea Herald)
Another 10 minutes along the mountain ridge and you will arrive at the peak.

While the altar, known as Chamseongdan, is closed to visitors at the moment -- the cultural property has been undergoing repairs since 2019 -- you can still capture the scenic altar on your camera.

Trekking poles are recommended for finding footholds, which are now mostly covered with tree roots and autumn leaves.

With the trees and forests dressed up in autumn colors and earlier nights, Manisan’s autumnal mood signals the last days before the beginning of winter.