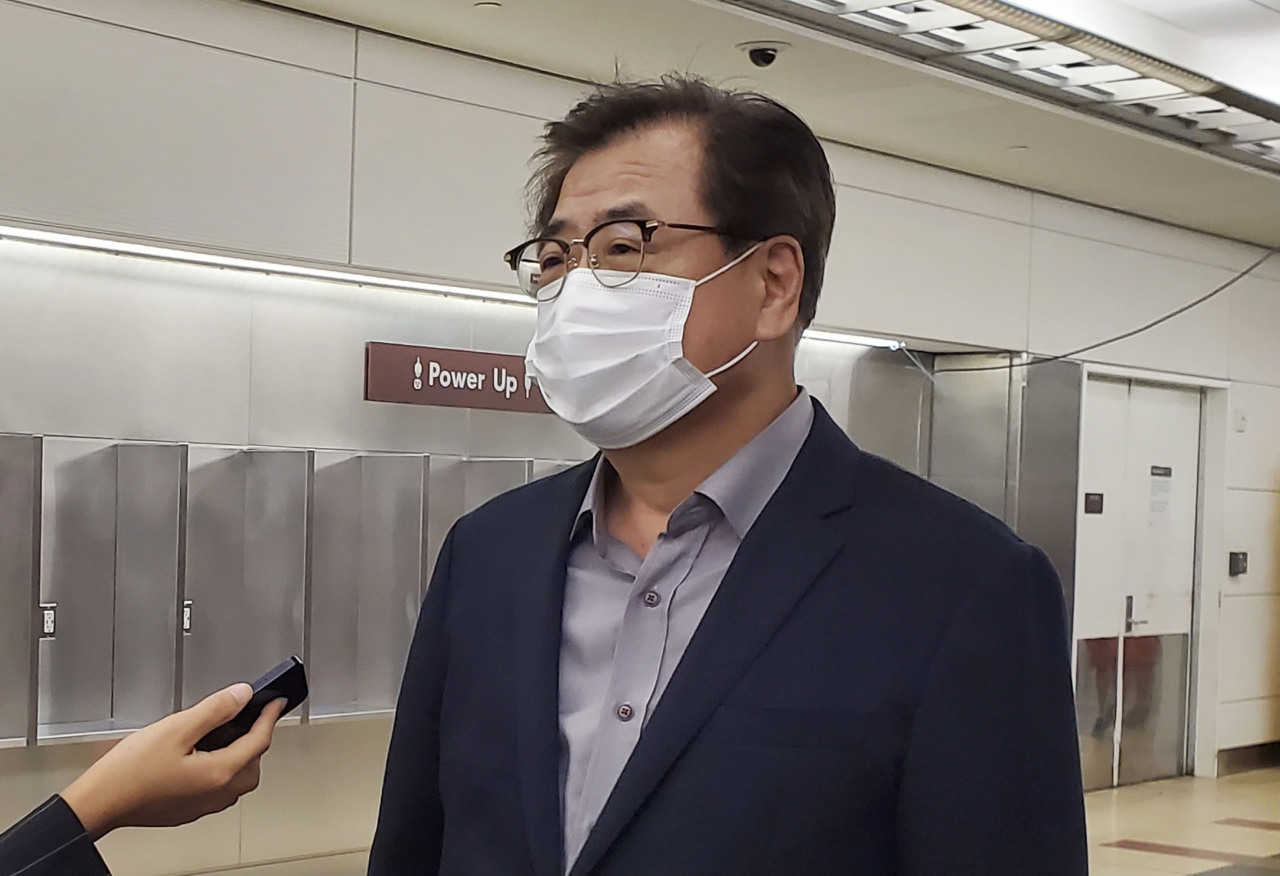 Suh Hoon, director of the National Security Office at the presidential office Cheong Wa Dae, made the remarks during a parliamentary audit, amid speculation Moon is pushing for another inter-Korean summit to help salvage his drive for lasting peace on the Korean Peninsula.

"We have just restored inter-Korean communication lines," Suh said. "Due to many uncertainties, it is difficult to make a prediction."

He was referring to the restoration of inter-Korean communication lines earlier this month in what is seen as an initial, symbolic step for cross-border reconciliation.

Suh stressed the government would not push for a summit as a "political event," as critics have said the Moon administration may be seeking to create a mood for peace ahead of the presidential election slated for March.

During the session, Suh said it is difficult to "conclusively" say whether North Korea can mount nuclear warheads on its short-range missiles amid security concerns triggered by a recent series of Pyongyang's missile tests.

The North has recently fired a series of missiles, including a submarine-launched ballistic missile earlier this month and a new hypersonic missile late last month -- a show of force that raised questions of whether the South is ready to counter the evolving threats. (Yonhap)