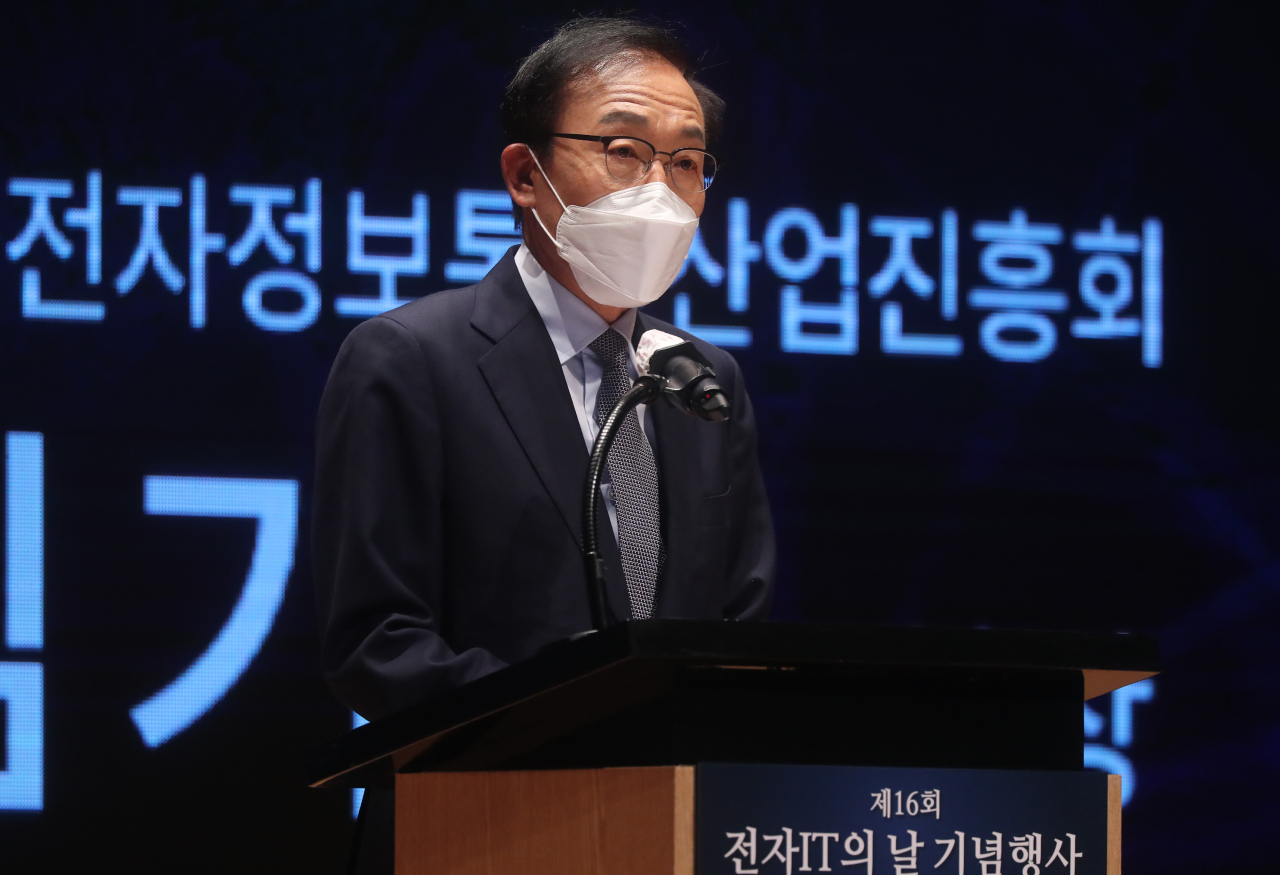 Kim Ki-nam, vice chairman & CEO of Samsung's device solutions division, and chairman of Korea Electronics Assocation, speaks at the KES 2021 event held at COEX in Seoul on Tuesday. (Yonhap)
Samsung Electronics Co. will quickly decide on a foundry investment in the United States, a senior executive said Tuesday, as the South Korean tech giant seeks to become the world's No. 1 player in the logic chip and foundry sectors.

Samsung Electronics, the world's No. 2 foundry firm behind Taiwan's TSMC, announced in May that it will build a $17 billion fab in the US

Samsung's de facto leader Lee Jae-yong is widely speculated to visit the US, possibly next month, to finalize the site, with the city of Taylor, Texas, emerging as the strongest candidate. Other candidates include Arizona, New York, and Austin, Texas.

Kim Ki-nam, vice chairman & CEO of Samsung's device solutions division, said it takes time for the company to review all the factors such as "infrastructure, site, personnel and state incentives," and make a final decision.

"We are trying to make a decision as soon as possible," Kim told reporters on the sidelines of the Korea Electronics Show 2021, which is under way at an exhibition center in southern Seoul.

He made the comments when asked whether Samsung will make investment within this year. He did not elaborate.

Separately, Kim said the company has been "calmly" preparing answers to a recent request by the US Department of Commerce about its semiconductor business.

The US has asked global chipmakers, including Samsung, to share information on inventories and demanded other details by Nov. 8 to "help improve trust and transparency within the supply chain." The request spawned concerns about the leak of chipmakers' major trade secrets. (Yonhap)