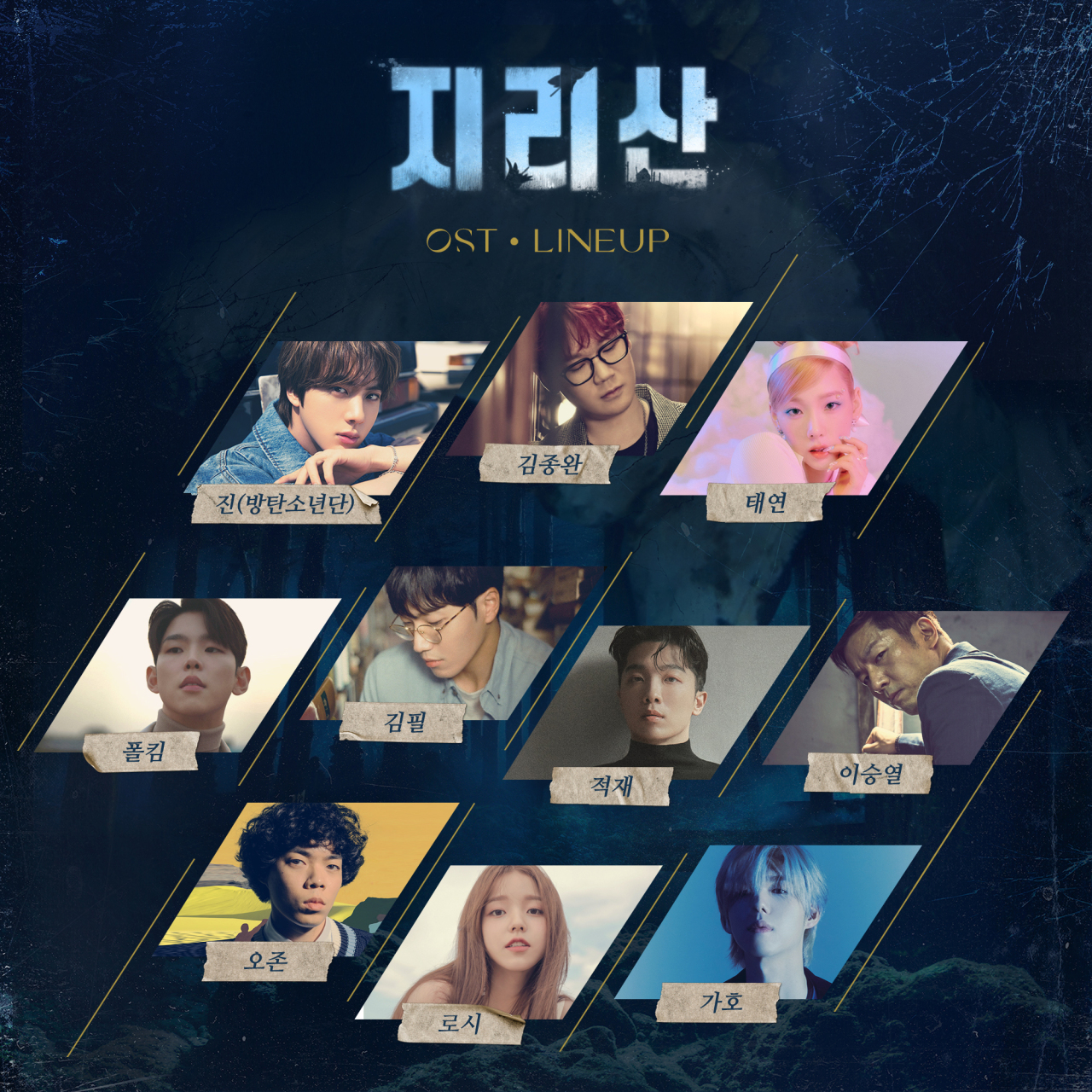 The artists are widely recognized for their megahit songs from other popular Korean dramas.

The music and the soundtrack of “Jirisan” are directed by the drama director, Lee Eung-bok, and music director Gaemi. The two have worked together on a number of projects, including Netflix’s “Sweet Home” and KBS’ “Descendants of the Sun.”

The 16-part series kicked off on Saturday and Kim Feel’s “Destiny,” the first soundtrack of “Jirisan,” was released at 6 p.m. Sunday on music streaming platforms, including Melon, Genie Music and Bugs.