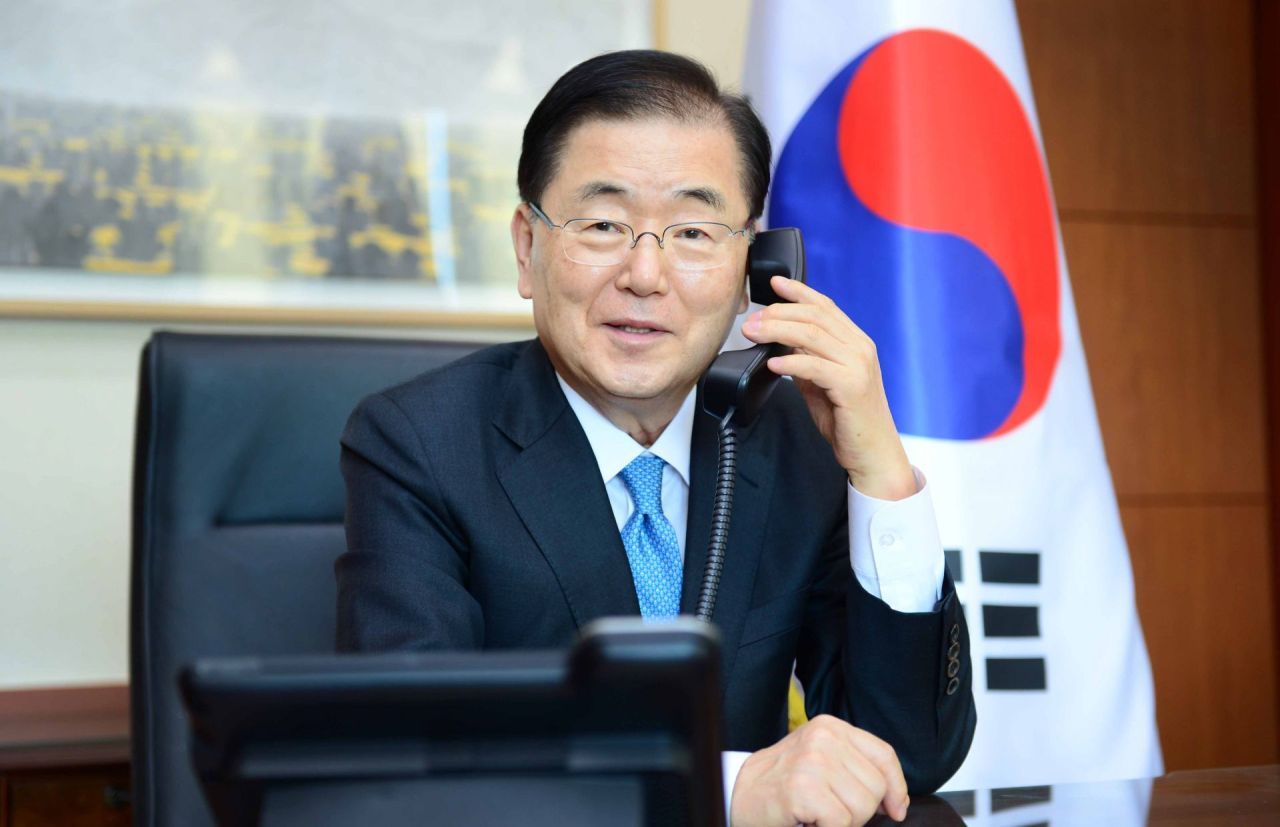 Foreign Minister Chung Eui-yong plans to embark on a three-day trip to Moscow later in the day to meet with his Russian counterpart Sergey Lavrov and commemorate the 30th anniversary of the establishment of bilateral ties, the ministry said.

They will hold a meeting on Wednesday to discuss a wide range of topics, including the North Korea issue, bilateral relations and regional cooperation.

During the consultations, Chung is expected to request Russia's support for the ongoing diplomacy to resume stalled denuclearization talks with Pyongyang.

South Korea's chief nuclear negotiator, Noh Kyu-duk, met with his Russian counterpart, Igor Morgulov, in Moscow earlier this month to discuss ways to engage with the North. The Russian official vowed a "constructive" role for the peace process during the talk.

After bilateral talks, the ministers will attend a closing ceremony for the year of mutual exchange between the two countries.

The two sides established formal diplomatic ties in 1990 and they have been celebrating the anniversary through this year amid the COVID-19 pandemic. Lavrov visited Seoul in March this year. (Yonhap)