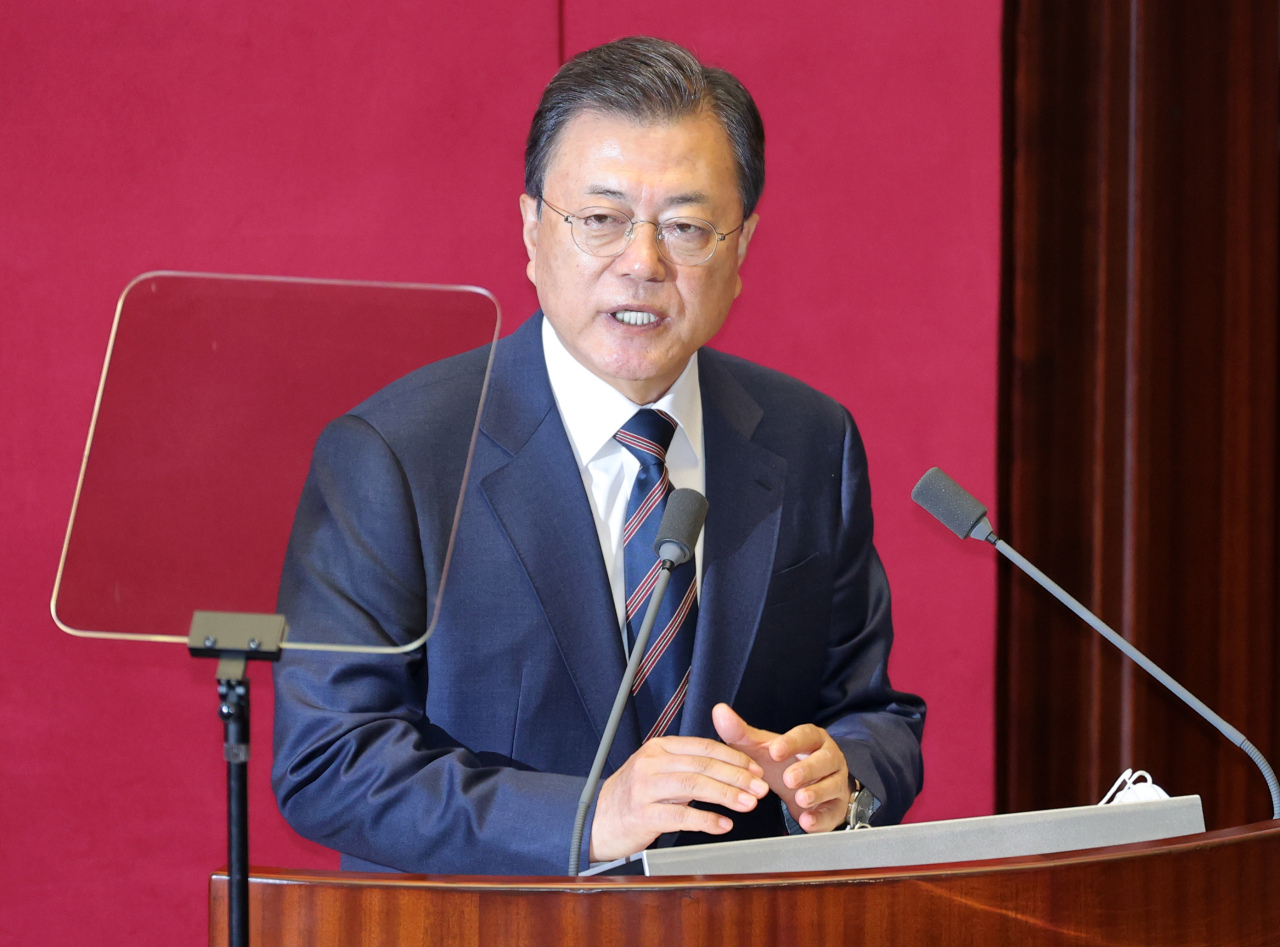 President Joe Biden are expected to hold a bilateral meeting on the sidelines of a G20 summit in Italy or the U.N. climate summit in Britain, a senior presidential official said Monday.

Moon and Biden are scheduled to participate in the G20 summit next week, as well as the COP26 climate talks on Nov. 1 and 2, when world leaders will assess achievements since the Paris agreement to limit global warming.

Asked whether Moon and Biden could meet on the margins of the global summits, the presidential official replied, "I expect President Moon and President Biden to meet at G20 or COP26."

The official said, however, no specific timing has been decided, indicating there may be a "pull aside" meeting rather than formal bilateral talks.  Before joining the G20 summit, Moon will meet with Pope Francis at the Vatican on Friday to discuss peace on the Korean Peninsula and efforts to end the pandemic.

This week's talks will be Moon's second meeting with the pope after they met in October 2018.  During the 2018 meeting, Moon delivered a verbal invitation from North Korean leader Kim Jong-un, to which the pope expressed a willingness to visit the North if Pyongyang sends an official invitation.

No progress, however, has been made since then amid a deadlock in nuclear talks between Washington and Pyongyang. (Yonhap)