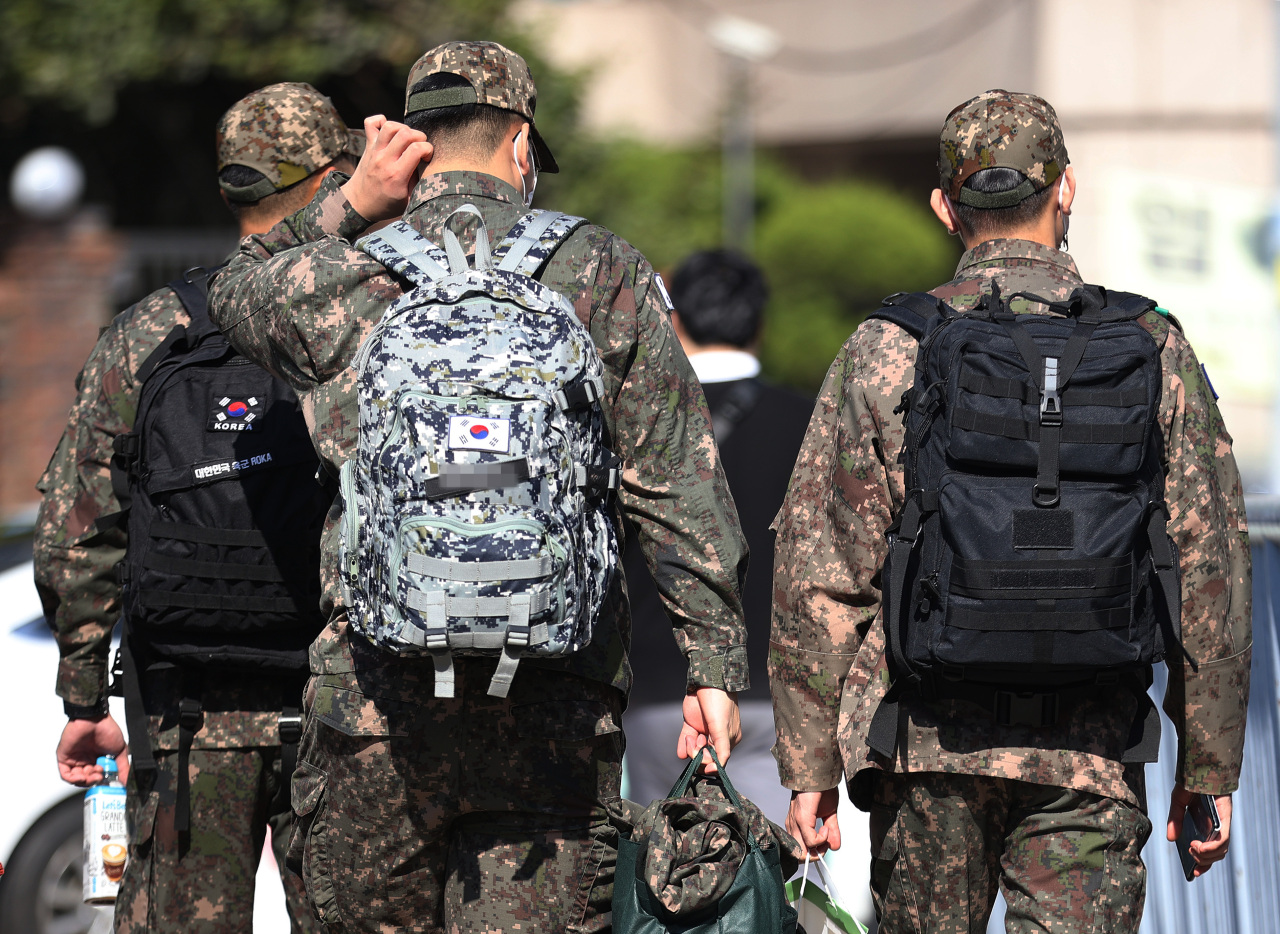 Soldiers on leave. (Yonhap)
The military said Monday that it would ease regulations on conscripts’ hair length and introduce the same standards for both officers and troops, amid calls for a change in discriminatory practices.

“We were asked to review our rules on haircuts, and to that end, we instructed each branch of the armed forces to draft revisions. We can’t say when the change will take effect, though,” Defense Ministry representative Boo Seung-chan said, referring to an advisory panel on human rights.

The panel, launched in June to better respect soldiers’ rights, recommended that the military adopt a coherent policy on haircuts so as not to discriminate against conscripts, who have their heads shaved during boot camp training to instill “military values” in them.

Last year, the country’s National Human Rights Commission also asked the military to revise the rules for the same reason, after a prominent rights group filed a complaint with the watchdog.

“The change could take effect by December at the earliest,” a military official said, adding that the military is also looking at other practices the panel found discriminatory.

The military is expected to allow conscripts to use the same easy-to-wear combat boots offered to generals, and to have the same access to cafeterias as senior officers.

Enlisted soldiers welcome the major shift in policy, but some are skeptical of whether the change actually represents the best way to respect soldiers’ rights. They call the difference in treatment “distinction” rather than discrimination, saying blurring the line could interfere with discipline.

“I’m not saying we curtail rights and freedoms. But we have to be careful with how we go about making ‘equality’ matter within the military, where there are ranks for a reason,” said Moon Seong-mook, chief of the Unification Strategy Center at the Korea Research Institute for National Strategy.

Dealing with every dispute by trying to reach equality hampers a solution, the former one-star Army general added, noting a rushed decision should not dictate rule changes, which should take place after weighing the pros and cons.