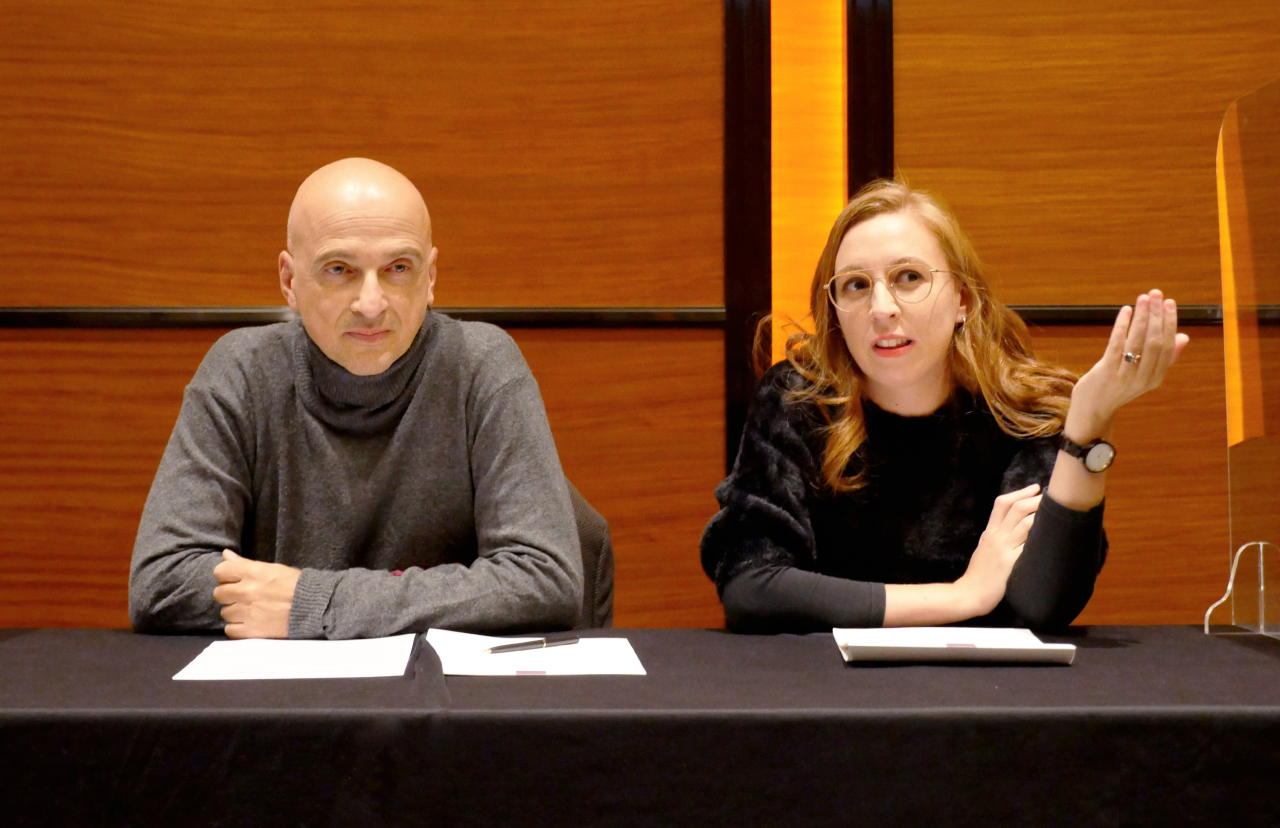 Russo Felsen Rafael Eduardo (left) and Mireia Llinas Ventura, co-writers of the Spanish film “Federica Montseny, the Woman Who Speaks,” converse during an interview with The Korea Herald. (Seoul International Drama Awards)
The winners of this year’s TV Movie Golden Bird Prize at the Seoul International Drama Awards talked about the main topic of their film, “Federica Montseny, the Woman Who Speaks”: compromising one’s ideology to achieve a bigger goal.

The Spanish film, co-written by Russo Felsen Rafael Eduardo and Mireia Llinas Ventura, is based on a true story. It depicts the life of Spanish anarchist leader Federica Montseny (played by Marcia Cistero), who went on to serve as the country’s minister of health and social policy during the Spanish Civil War.

The film focuses on Montseny’s inner struggle with a choice that some might view as a betrayal of her anarchist values -- choosing to work for the government.

“It was a big decision to make because she felt that she can change things for women. She can be the first woman in the history of Spain to be part of the government. And that would be something very important,” Eduardo said during an interview with The Korea Herald. “That is why she posed this question to her father: ‘What am I? A woman or an anarchist?’ Should she stay loyal to her ideas or should she try to help women by becoming a part of the government? This is the big question of this film.”

The writers said their answer to that question -- whether she made the right decision -- is hinted at near the end of the film.

“Important moment is when she faces herself in the mirror. That’s why we wanted to end the film with that (scene). That image sums up that you have to live with your decision for the rest of your life,” Eduardo said.

The Spanish writers also talked about the first scene in the film, which begins with Montseny giving an influential public speech as an anarchist leader.

“Montseny was a woman who had a very strong power when making a public speech. It was her weapon,” Ventura said during the interview. “And it is also the reason why we set a similar speech scene at the end of the movie.”

Due to the limited running time, the two writers said they spent some time choosing which parts of Federica Montseny’s life to include in the script.

“There were too many important moments in her life,” Eduardo said. “Two of us sat down together and discussed the parts that each of us is most interested in.” Once they decided what they wanted to include in the film, they met with the film’s producer before making the final decisions.

“We did not fight much,” Eduardo added with a smile. 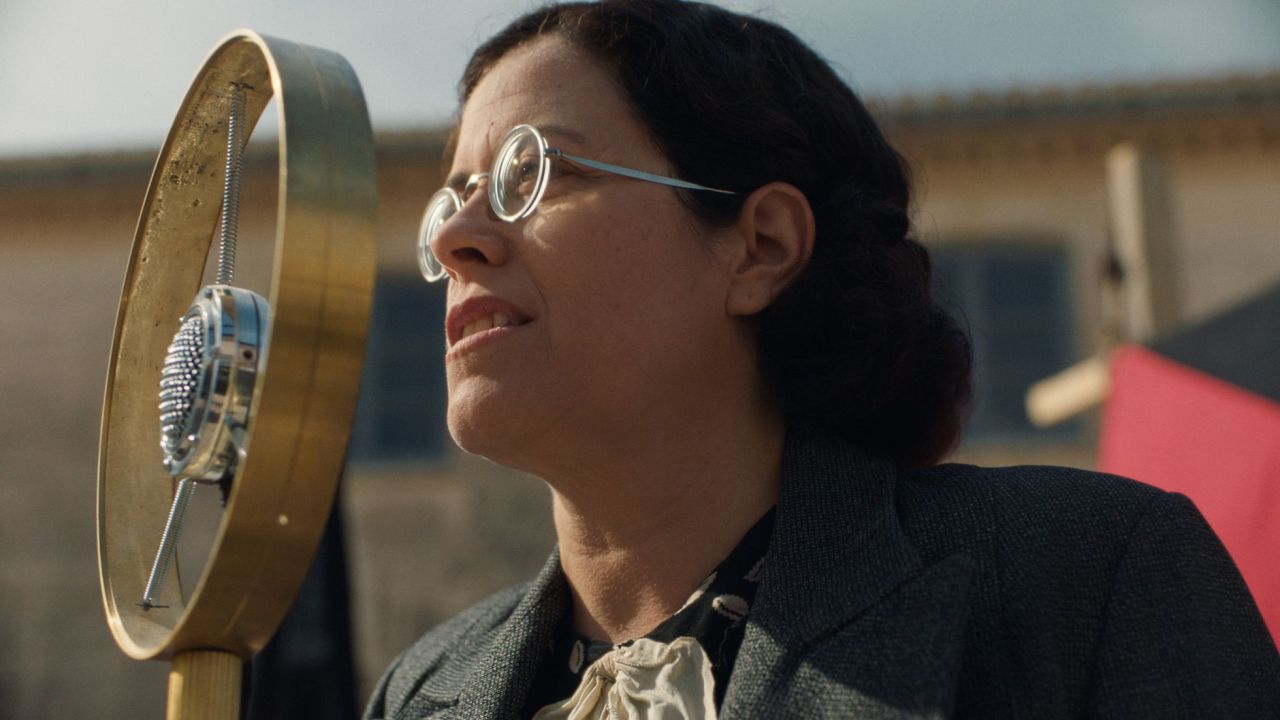 “This is my first time. I am very happy and excited. Spain is culturally different from Korea, and I am glad that more Korean get to know about our film,” Eduardo said.

Established in 2006 by the Korean Broadcasters Association, the annual Seoul International Drama Awards bring together experts and fans from around the world to recognize well-made productions and leading figures in the small-screen drama scene.

The event took place Thursday at MBC headquarters in Seoul and was aired live on MBC. Actor Park Eun-bin and Cha Eun-woo of the K-pop boy band Astro hosted the show, and 238 works from 41 countries vied for awards.