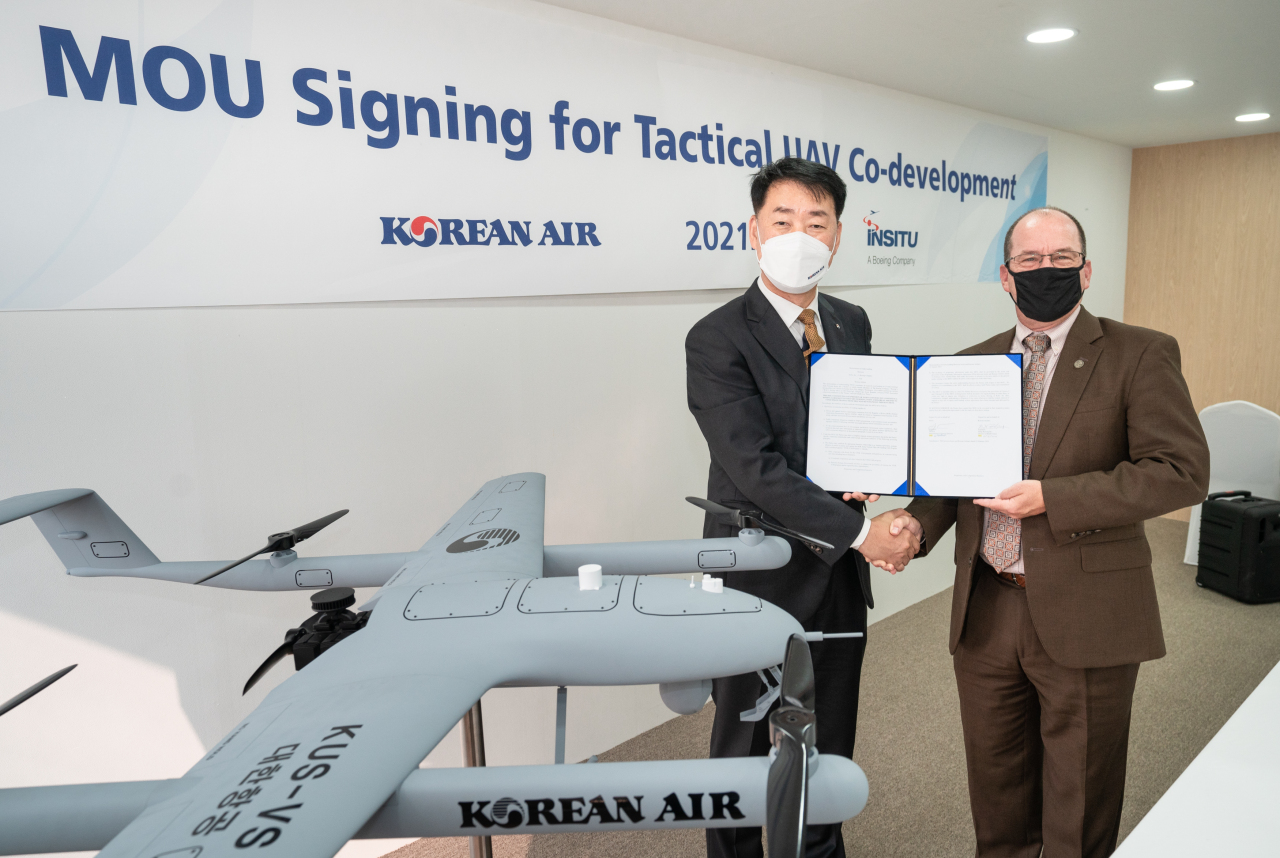 Photo caption: Park Jung-woo (left), head of Korean Air’s aerospace business division, and senior director at Boeing Randy Rotte pose at a signing ceremony. (Korean Air)
Korean Air said on Friday it has signed a memorandum of understanding with Insitu, a Boeing subsidiary, for technical cooperation to develop a lightweight and modularized tactical vertical takeoff and landing aircraft, also known as a VTOL.

Established in 1994, Insitu develops and manufactures unmanned aircraft systems, and has developed Scan Eagle, an UAV operated by the US Department of Defense.

The airline also said it would use its knowledge and proficiency in both air traffic management and the transportation service industry to expedite advancements in the future of the urban air mobility industry.