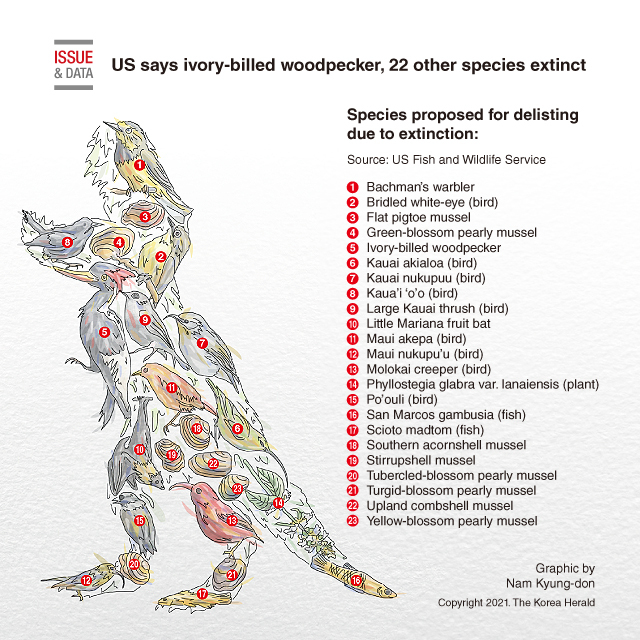 Death’s come knocking a last time for the splendid ivory-billed woodpecker and 22 more birds, fish and other species: The US government declared them extinct.

It’s a rare move for wildlife officials to give up hope on a plant or animal, but government scientists say they’ve exhausted to find these 23. And they warn climate change, on top of other pressures, could make such disappearances more common as a warming planet adds to the dangers facing imperiled plants and wildlife.

The ivory-billed woodpecker was perhaps the best known species the US Fish and Wildlife Service declared extinct. The woodpecker went out stubbornly and with fanfare, making unconfirmed appearances in recent decades that ignited a frenzy of ultimately fruitless searches in the swamps of Arkansas, Louisiana, Mississippi and Florida.

Others such as the flat pigtoe, a freshwater mussel in the southeastern US, were identified in the wild only a few times and never seen again, meaning by the time they got a name they were fading from existence. (AP)