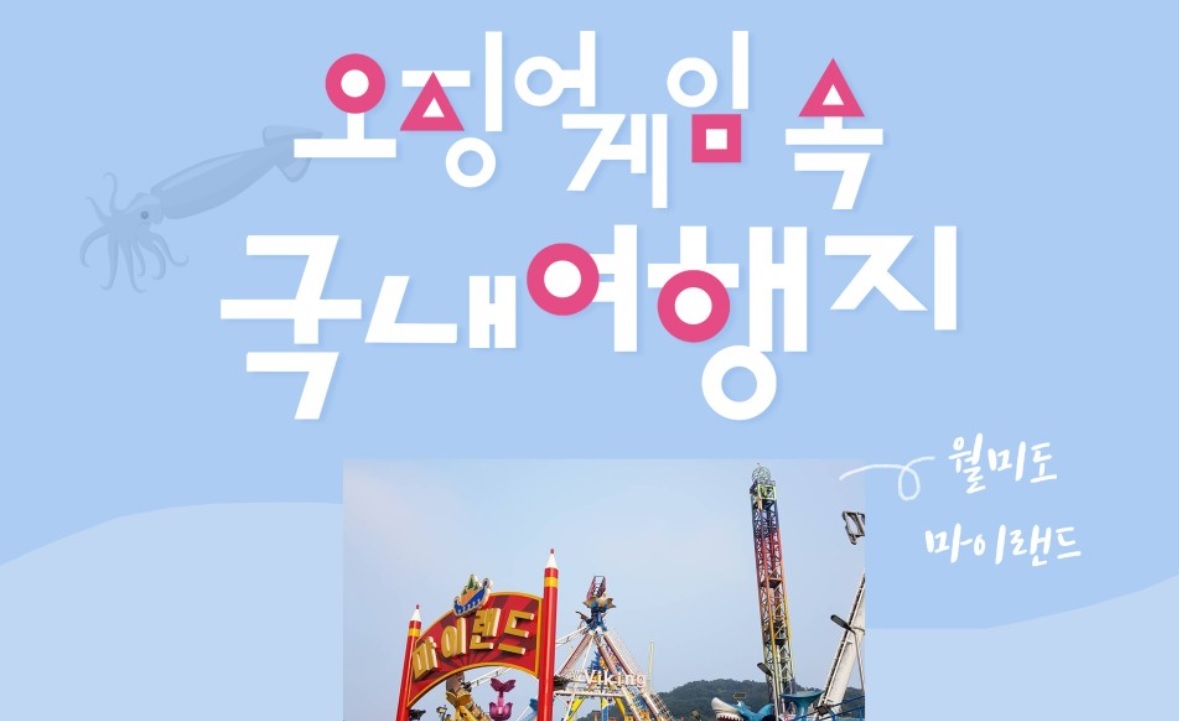 Locations that appeared or were mentioned in the series are turning into new tourist sites, and childhood games are being developed as hands-on experiences to boost Korean tourism, which has suffered greatly from the pandemic-caused slump.

Incheon Tourism Organization made an online post Friday to introduce some filming locations of “Squid Game.”

The three sites -- Wolmido’s theme park My Land, Kyodong Elementary School and Seongapdo -- were recommended as places to visit after gaining greater popularity with the global success of “Squid Game.”

Since Seongapdo is not open to the public to visit as it is private land, the organization recommends neighboring islands Deokjeokdo and Guleopdo to enjoy the splendid scenery and environment.

Though none of the areas made an appearance in the series, Jeju Island came to fans’ attention as one of the lead characters, North Korean defector Sae-byeok, said she wished to visit Jeju Island after winning the games.