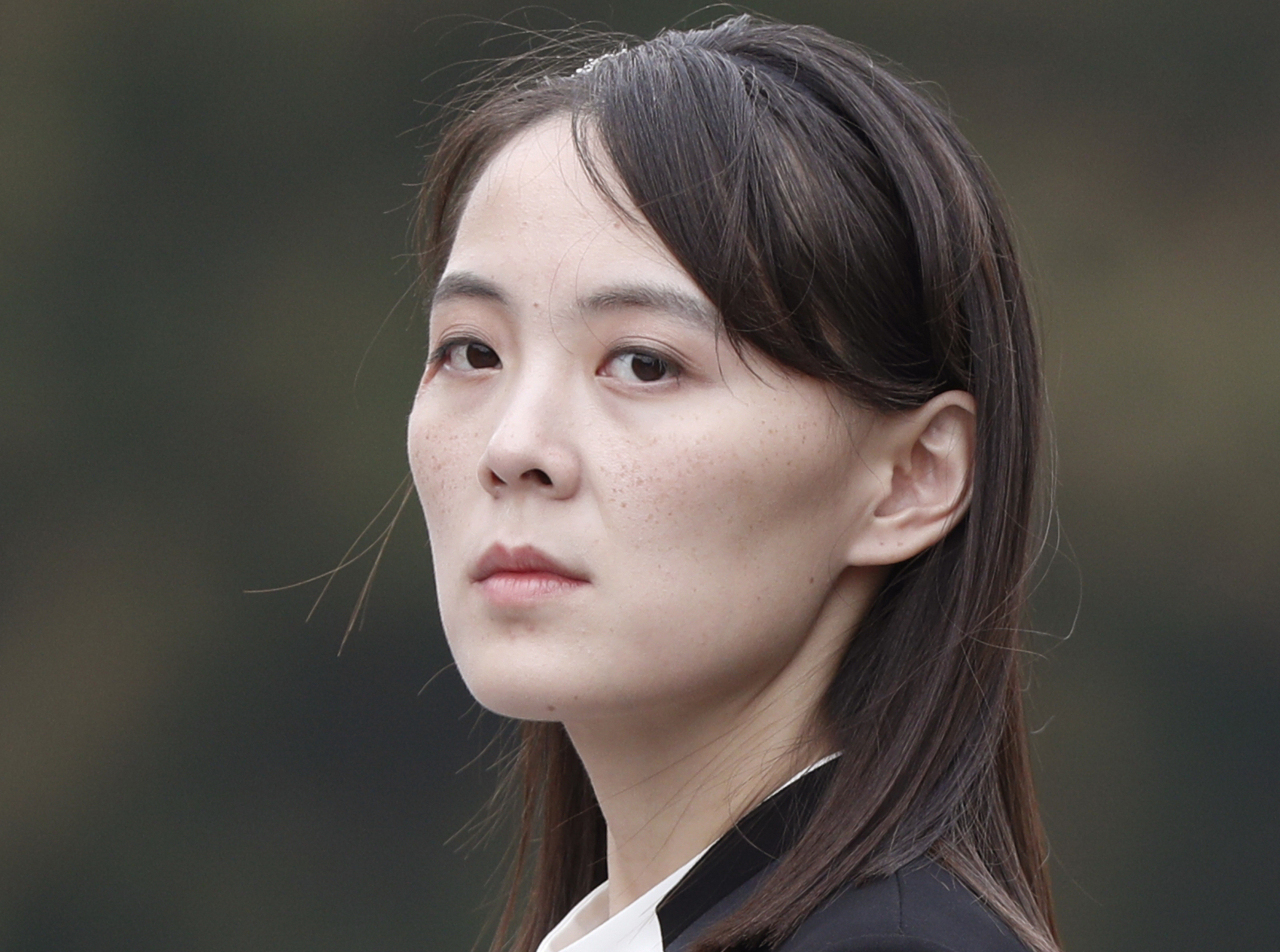 Kim Yo-jong (AP-Yonhap)
The sister of North Korean leader Kim Jong-un said Friday that President Moon Jae-in's proposal to declare a formal end to the Korean War is an "admirable idea" and Pyongyang is willing to discuss improving inter-Korean relations if Seoul ceases to be hostile toward it.

Kim Yo-jong stressed, however, that the right conditions should be created first before an end-of-war declaration is adopted, such as the removal of what she called "inveterate hostile policy and unequal double standards" toward the North.

Her statement came just hours after a vice foreign minister of the North dismissed Moon's end-of-war declaration proposal as "something premature," saying such a declaration would end up as nothing more than a scrap of paper as long as the US hostile policy remains unchanged.

While the earlier statement from Vice Foreign Minister Ri Thae-song appeared to be geared toward the United States, the statement from the North Korean leader's sister was seen as targeted more toward South Korea.

"The declaration of the termination of the war is an interesting and an admirable idea. ... But it is necessary to look into whether it is the right time now and whether there are conditions ripe for discussing this issue," Kim said in a statement carried by the official Korean Central News Agency.

"Now double-dealing standards, prejudice and hostile policies toward the DPRK and speeches and acts antagonizing us persist.

Under such situation it does not make any sense to declare the end of the war with all the things, which may become a seed of a war between parties that had been at odds for more than half a century, left intact," she added.

Kim said that such preconditions should be met first before both Koreas will be able to sit down face-to-face to have meaningful discussions on the matter.

Kim also said that North Korea is willing to discuss improvements in inter-Korean relations but that is also contingent upon whether South Korea stops applying double standards and hostile policy toward the North.

"We have willingness to keep our close contacts with the South again and have constructive discussion with it about the restoration and development of the bilateral relations if it is careful about its future language and not hostile toward us," she said.

Inter-Korean relations have significantly chilled since North Korea blew up a liaison office in its border town of Kaesong and cut off all cross-border communication lines in June last year.

The communication lines were back online briefly in late July, but the North did not respond to Seoul's regular calls again in protest of summertime joint military drills by South Korea and the United States, which Pyongyang usually denounces as a rehearsal for invasion.

North Korea has recently heightened tensions by test-firing a new type of long-range cruise missile, which was followed by ballistic missile launches.

Some cautiously raised the possibility North Korea could respond to calls for dialogue as indicated by its previous pattern of turning conciliatory after such military drills ended.

"North Korea has a track record of demonstrating a very hawkish stance during joint military drills by South Korea and the US, and then becoming conciliatory after the drills were over," said Cheong Seong-chang, director of the Center for North Korean Studies at the Sejong Institute.

"In view of Kim Yo-jong's statement, the possibility has risen North Korea could restore the inter-Korean communication lines at an appropriate time and come out for dialogue with the South on occasion of such events as the Beijing Winter Olympics," he added.

The two Koreas are still technically at war, as the 1950-53 Korean War ended in a cease-fire, not a peace treaty. (Yonhap)