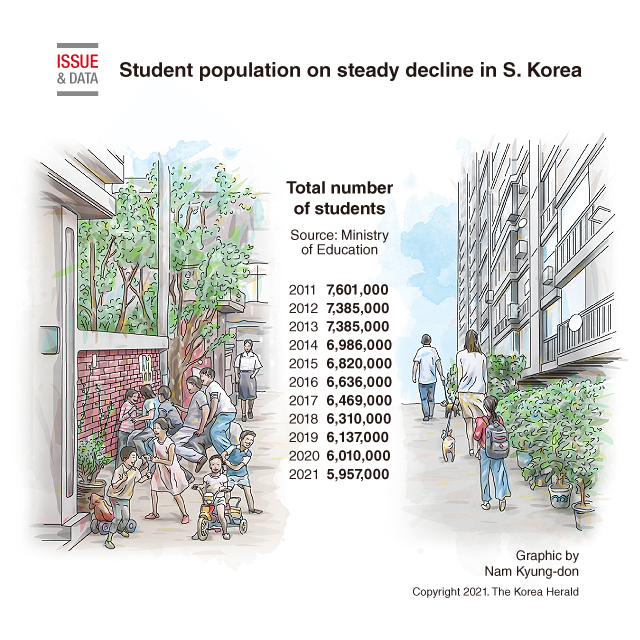 The total number of students in kindergartens and elementary, middle and high schools in South Korea has fallen below 6 million for the first time, government data showed, amid the nation's declining birthrate.

According to data from the Ministry of Education, there were 5,957,000 students enrolled in kindergartens and elementary, middle and high schools nationwide as of April 1, marking a decline of 0.9 percent from a year earlier.