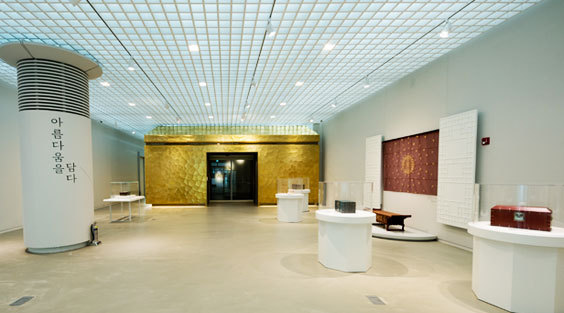 If the plan is realized, the airport will allocate two sites for the museum, including Terminal 2, which is currently undergoing an expansion.

“We have requested to commission research to gauge feasibility, including budget and possible sites to see which museum would be most suitable for the airport. The research is expected to be completed by early next year,” an Incheon International Airport Corp. official told The Korea Herald.

“Although the airport primarily functions as a transportation and shipping facility, we are exploring ways so passengers can spend their time more efficiently while at the airport.”

The government and the Incheon International Airport Corp. have been in talks with officials from cultural entities in Europe but no decision has been made. The museums under consideration include the UK’s Tate Modern and France’s the Centre Pompidou, the official added.

The airport will tentatively secure two sites within the airport, including at Terminal 2. The new museum will open at the same time as the opening of the expanded Terminal 2, according to Incheon International Airport Corp.

Incheon Airport has sought to integrate cultural spaces into its vast bustling complex. The airport conducted a media art project in collaboration with the National Palace Museum in March, and the National Museum of Korea opened inside Terminal 1 in early June showcasing ancient Korean artifacts.