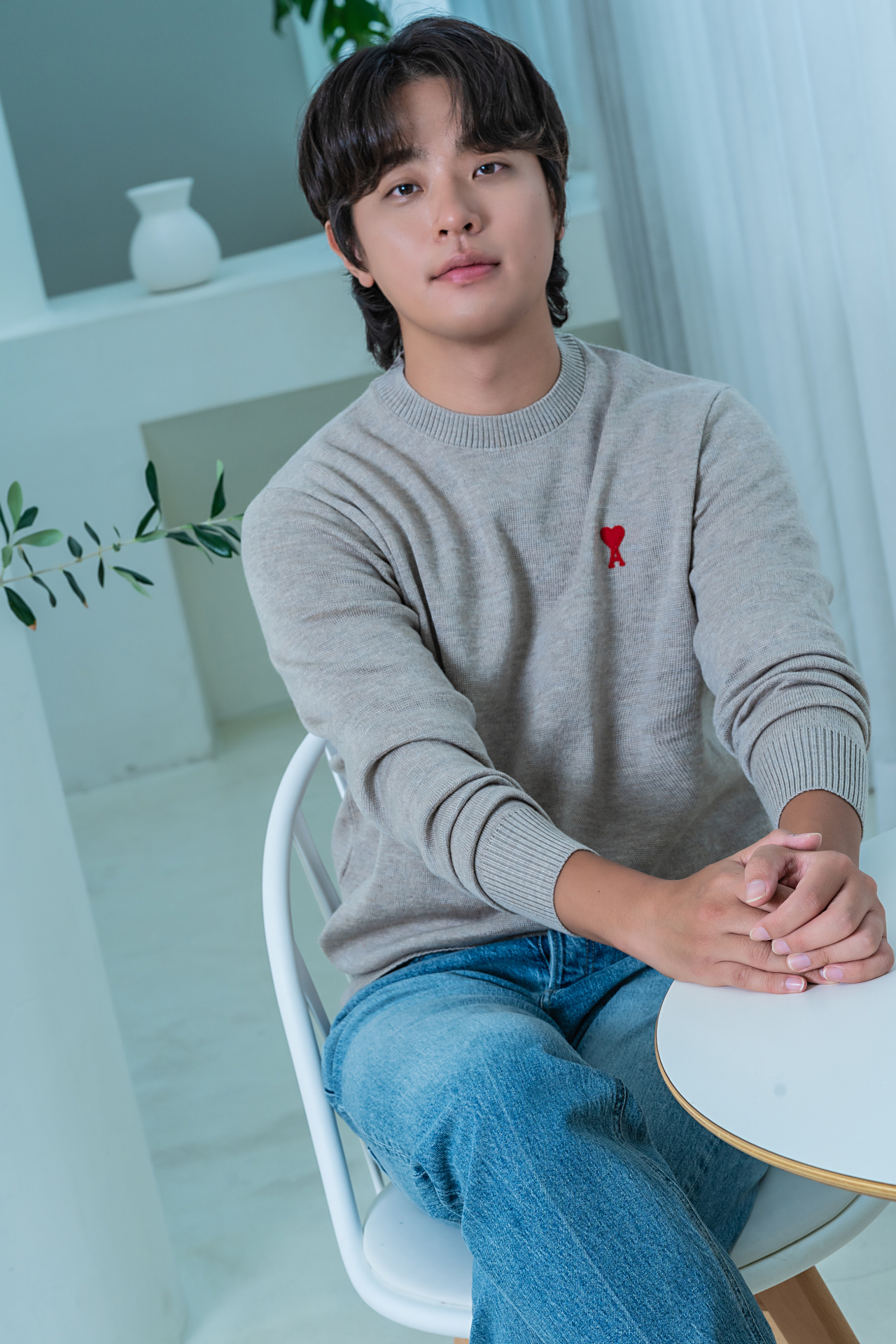 Park Jung-min (Lotte Entertainment)
For Park Jung-min, 34, performing in “Miracle: Letters to the President,” directed by Lee Jang-hoon, was a huge gift as he learned so much from it.

“I became a different person after shooting the movie,” Park said during an interview with a group of reporters Tuesday. “Before, I used to think that I have to do everything on my own. I thought that if someone helps me then the result is not entirely mine. I was not used to getting help.”

Park added that he also learned to put down some of his burdens and enjoy the process of making a film.

“I used to avoid having fun on filming sets because I thought I might enjoy the mood too much and miss what is important. However, while filming this movie I let myself go and connected with other actors,” he said. “This helped me to perform better.”

“Miracle: Letters to the President” is a fictionalized story based on the true events behind how Yangwon Station, a whistle-stop in a small remote town in North Gyeongsang Province, was built by people of the village in the 1980s. Since there were no stations or pedestrian roads, people in the village had to walk on the railroad track to get to the town center, exposing them to the danger of being hit by trains.

Joon-kyeong, played by Park, is a high school student living in this small village who has to walk on the railroad tracks to go to school. Joon-kyeong starts writing to the president, asking him to build a train station at the foot of his village for a safer commute.

At first, Park was hesitant about playing a high school student and planned to decline the role at his first meeting with the director.

“But during the meeting, we did not talk much about casting,” Park said. “We talked casually instead. Through the conversation, I got a good impression of him.”

In Park’s eyes, the director looked passionate, like the character of Joon-kyeong himself in the movie.

“He had already debuted with a commercial film, but I felt the vibe of a young man who is excited by the dream of making a great film,” Park said. “During my previous interview, I joked about accepting the role because he gave me a Pengsu stuffed animal, but what really moved me was the person Lee Jang-hoon.”

During the interview, Park shared his experience of practicing the accent of North Gyeongsang Province for the movie. 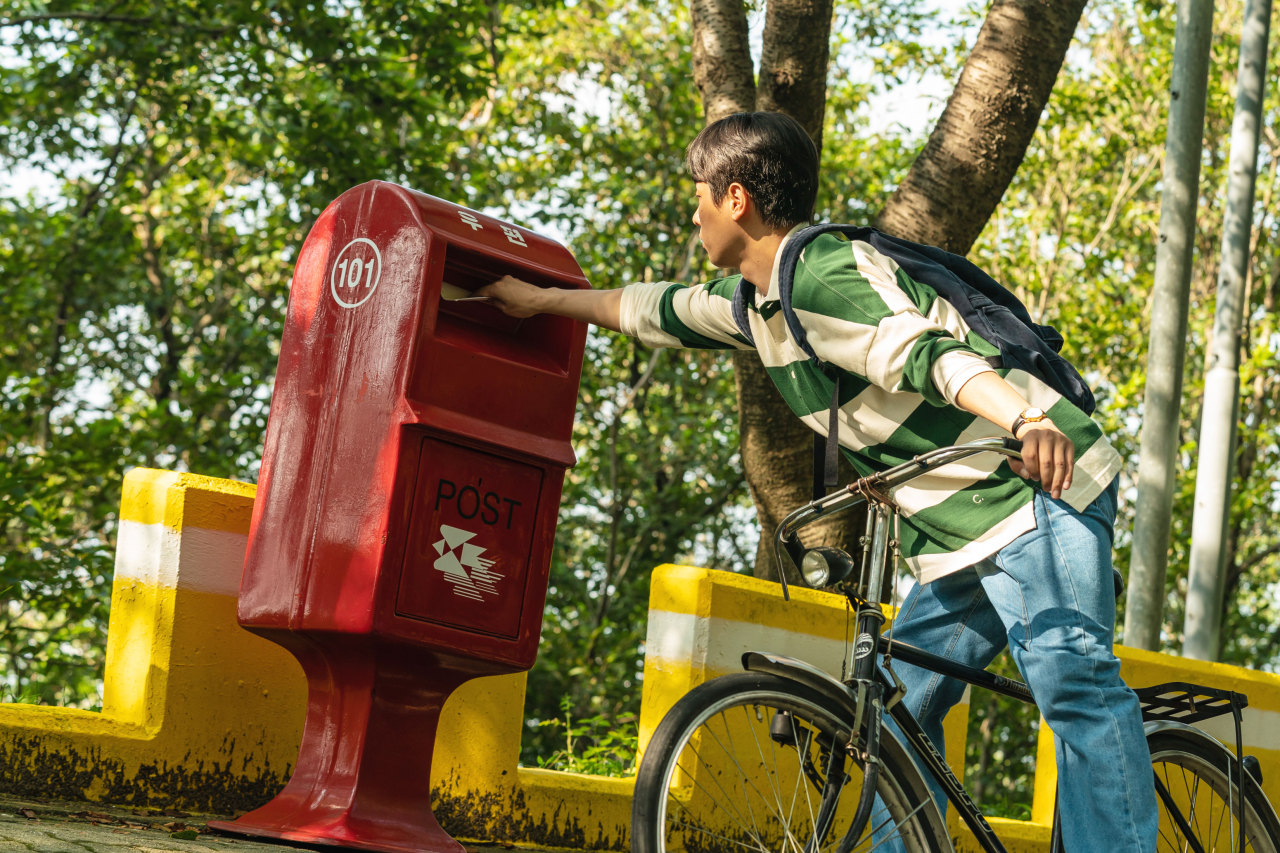 “Miracle: Letters to the President,” starring Park Jung-min (Lotte Entertainment)
“I realized that it has a totally different intonation. As a person who has lived in Seoul for over 30 years, it was difficult to imitate that,” Park said.

Later, the actor said he tried to focus more on other elements of the performance.

“I found myself lost in the woods of the accent. I had to look at the whole picture but I had put too much focus on the accent. It felt like I was being penny wise and pound foolish,” he said. “So I tried not to care about it as much.”

Toward the end of the interview, Park talked about his favorite line in the movie -- one that Joon-kyeong says to his dad in front of the newly built Yangwon station, which cannot open as trains are barred from making a stop there due to regulations.

In the scene, Joon-kyeong’s dad tries to cheer him up by saying that the station looks great, but Joon-kyeong cries: “Does this look great to you? What looks so great when the train doesn’t even stop here?”

“I thought Joon-kyeong did not take it as a compliment because it felt like the words were putting a limit to what he can do when he thinks that he can achieve so much more,” Park said. “I also have similar experiences, so it was very relatable.”