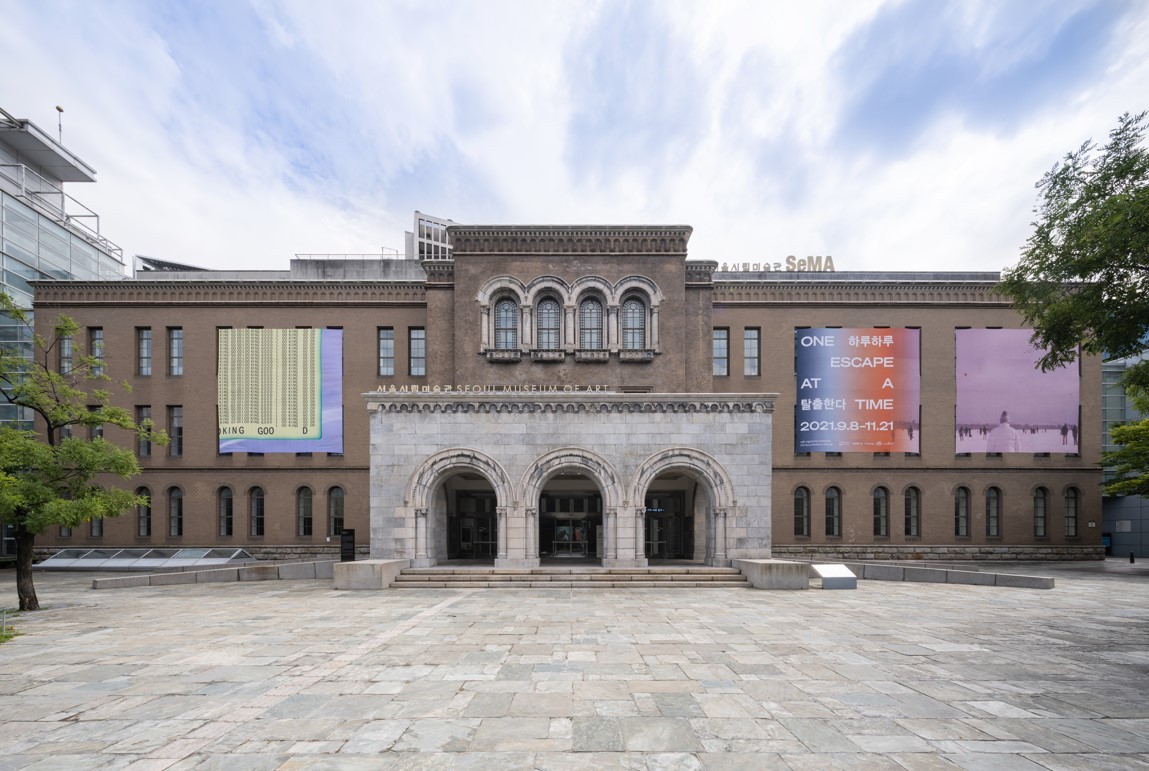 The 11th Seoul Mediacity Biennale kicked off Wednesday at the Seoul Museum of Art and several private and public locations throughout the city of Seoul after a yearlong delay due to the COVID-19 pandemic.

Artistic director Yung Ma leads the biennale this year with the theme of “One Escape at a Time” inspired by ideas of escapism in the context of the current popular media landscape. Forty-one Korean and international artists and artist collectives are participating.

“When it comes to escapism, people often associate it with something negative. And those who partake in it are dismissed as being dreamers. So the premise of the biennale is to try to turn that notion around and try to reimagine our relationship with escapism,” Ma said in an online press conference Monday.

Ma has brought out the concept of escapism inspired by the US sitcom “One Day at a Time” (2017-20), which charts the life of three generations of a Cuban American family in Los Angeles, tackling urgent questions such as racism, gender, sexuality, migration and violence.

“It is rather conventional I have to say, but also at the same time underneath the laughter it does address a lot of urgent and important questions we all face today. That is why I believe it would be a very interesting start point for us,” he added.

Ma served as a curator at the Pompidou Center in Paris and was twice co-curator of the Hong Kong Pavilion at the Venice Biennale, in 2009 and 2013.

The biennale features a public program titled “Echoes,” which includes art space collaborations, performances, online projects, guided tours, artist talks and workshops that take place inside the museum, online, at Coex K-pop Square in southern Seoul and in everyday spaces such as cafes, bookshops and bars around the city.

“We have engaged some 100 private and public locations throughout the city to present representations of works from the biennale. I hope not only coming to the museum, you can actually enjoy the biennale wherever you go in Seoul as well,” Ma said. 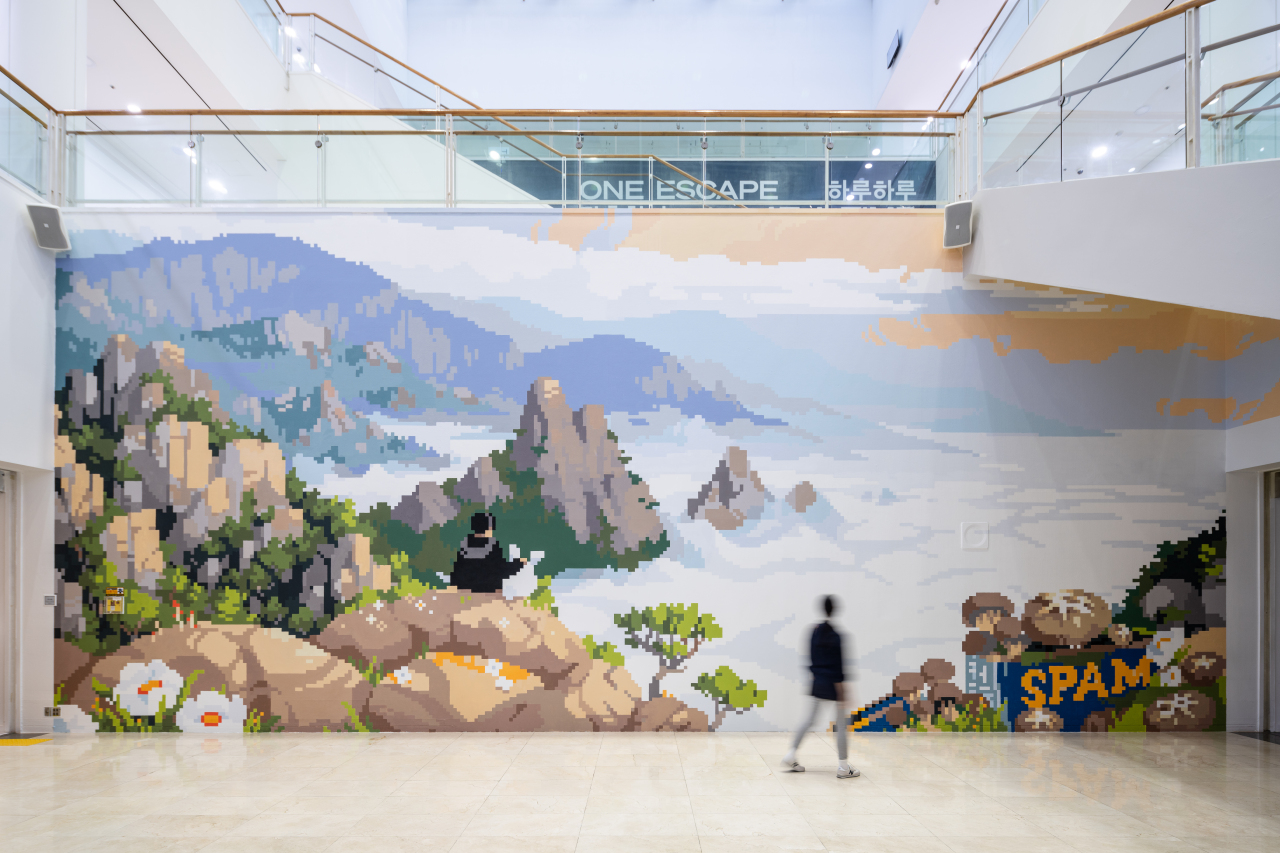 An installation view of “Recipe for a Little Landscape” by Minerva Cuevas (SeMA)
Mexican conceptual artist Minerva Cuevas’s mural work “Recipe for a Little Landscape” is on display at the entrance to the museum, which is based on Korean landscape painting but also conveys universal elements. Cuevas appropriates imagery and language from multinational corporate advertisements to comment on the injustice at the core of certain political, economic and social systems.

Among participating artists are American multimedia artist Sharon Hayes, who explores how history and memories can be distributed through popular media means, and Chinese artist Li Liao, based in Wuhan in China, who went out into the streets and made his work when he was locked down due to the pandemic.

Established in 2000 as an initiative of the Seoul Metropolitan Government, the Seoul Mediacity Biennale is organized by the Seoul Museum of Art. It is internationally recognized for forging new links between art, media and the urban fabric. The 11th edition of the biennale runs through Nov. 21.