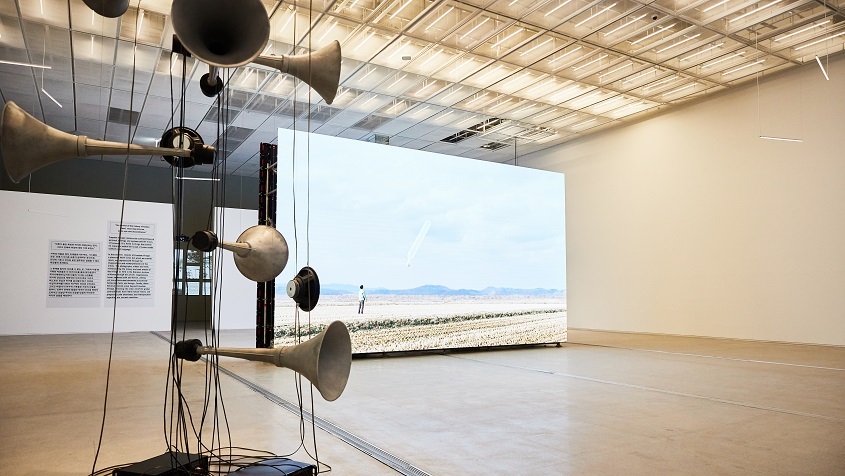 The “Freedom village” is the sole South Korean settlement located in the southern part of the Demilitarized Zone that cuts across the Korean peninsula.

Originally named Daeseong-dong, the village has been isolated since the Korean War armistice agreement in 1953. When the residents in the village turn 32, they have to decide whether to remain or leave.

Working together since 2009, artist duo Moon Kyung-won and Jeon Joon-ho initiated the project “News From Nowhere” inspired by the eponymous utopian novel written by William Morris (1834-1896). The project -- which premiered at Kassel Documenta 13 in 2012 – has taken place in different places around the world. The general theme that runs through their project is isolation.

But the Freedom Village -- which appears as “destination not found” on GPS navigation devices – is more isolated than most, and though the pair have wanted to visit for sometime, have not been able to do so.

“Although it is called ‘Freedom Village,’ it is not free at all, which is an irony,” Jeon said during a press preview Thursday. “We wanted to present the village that seems to exist between reality and unreality as a work of art. We have attempted to visit the town for years but failed due to complicated paperwork and the fluctuating relationship between the two Koreas.” 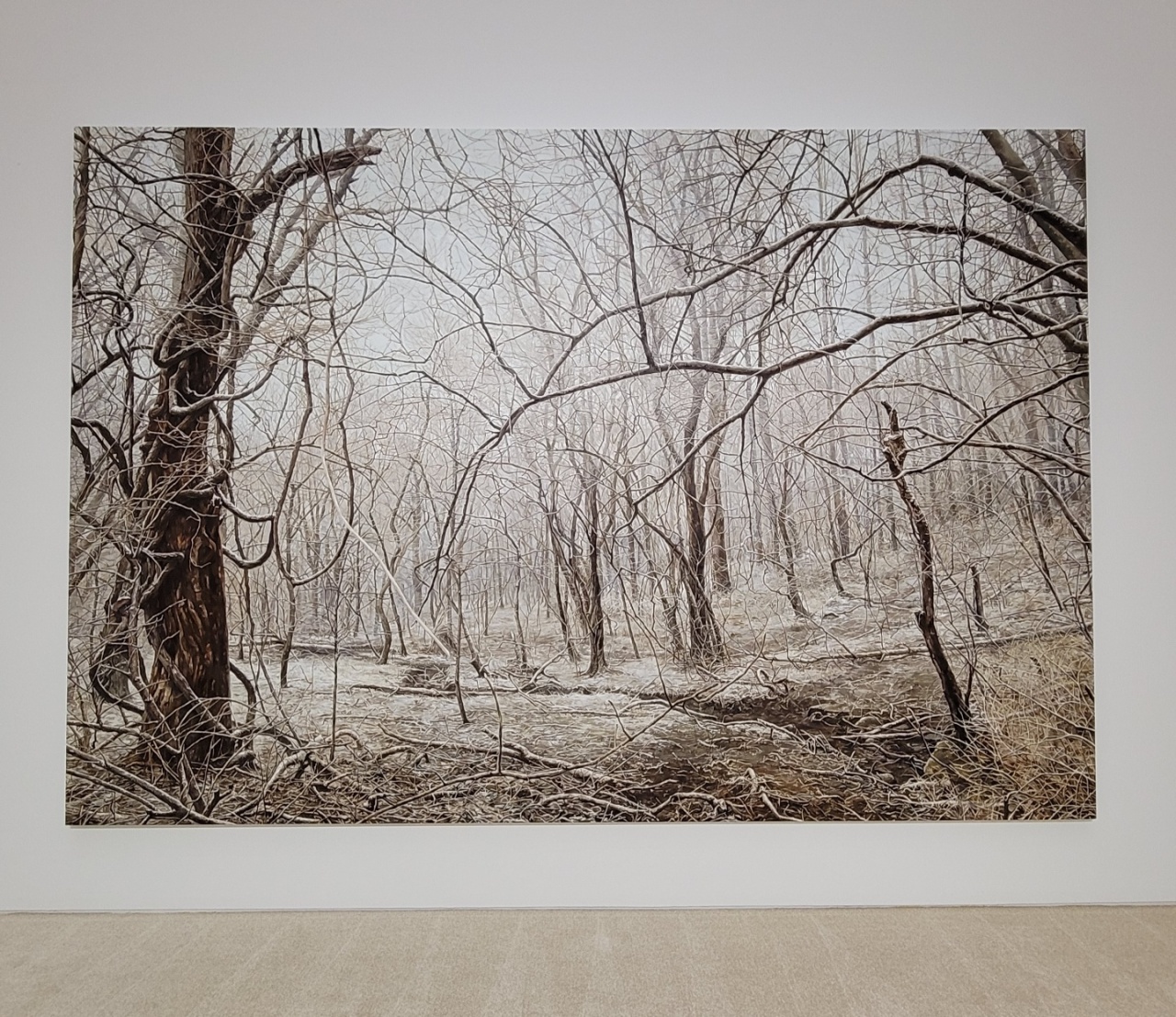 “Landscape” by Moon Kyung-won and Jeon Joon-ho (Park Yuna/The Korea Herald)
Unable to visit the village, the duo based the photographic works on material from the National Archives of Korea. The artists photoshopped the images and added text creating intriguing stories about the town. The highlight of the exhibition is a 2.92-meter-tall painting called “Landscape” which is on display separately at the end of the exhibition, giving off a peculiar vibe about the village. 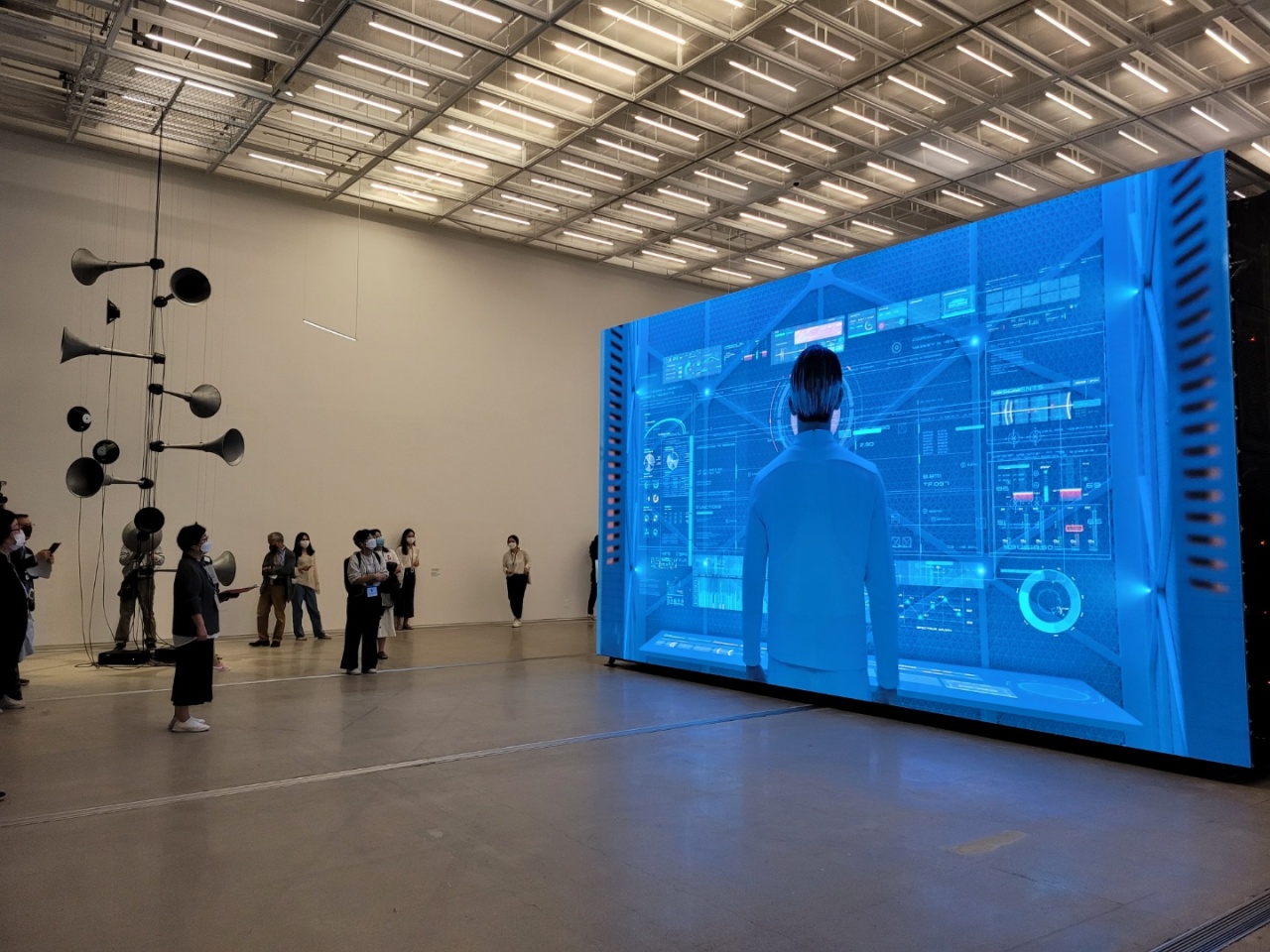 An installation view of “MMCA Hyundai Motor Series 2021: Moon Kyungwon & Jeon Joonho - News From Nowhere, Freedom Village” at a press preview of the exhibition held on Thursday at the MMCA Seoul(Park Yuna/The Korea Herald)
The artist duo’s collaboration started with a fundamental question of “What art does” in the rapidly changing world, as it faces threats to humanity such as contradictory capitalism, historic tragedies and climate change.

The duo believes the role of art lies in the fact that it poses questions that lead us to reflect on ourselves and society.

“Some may question the usefulness of art, but I think striving for such things is the most humane thing,” Jeon said.

The exhibition runs through Feb. 20, 2022 at MMCA Seoul. The project will travel to the 21st Century Museum of Contemporary Art, Kanazawa, Japan on April 29, 2022. The exhibition was commissioned by Hyundai Motor and the National Museum of Modern and Contemporary Art, Korea as part of the annual project aimed at promoting promising artists in Korea. The artist duo is the eighth artists chosen for the MMCA Hyundai Motor Series.