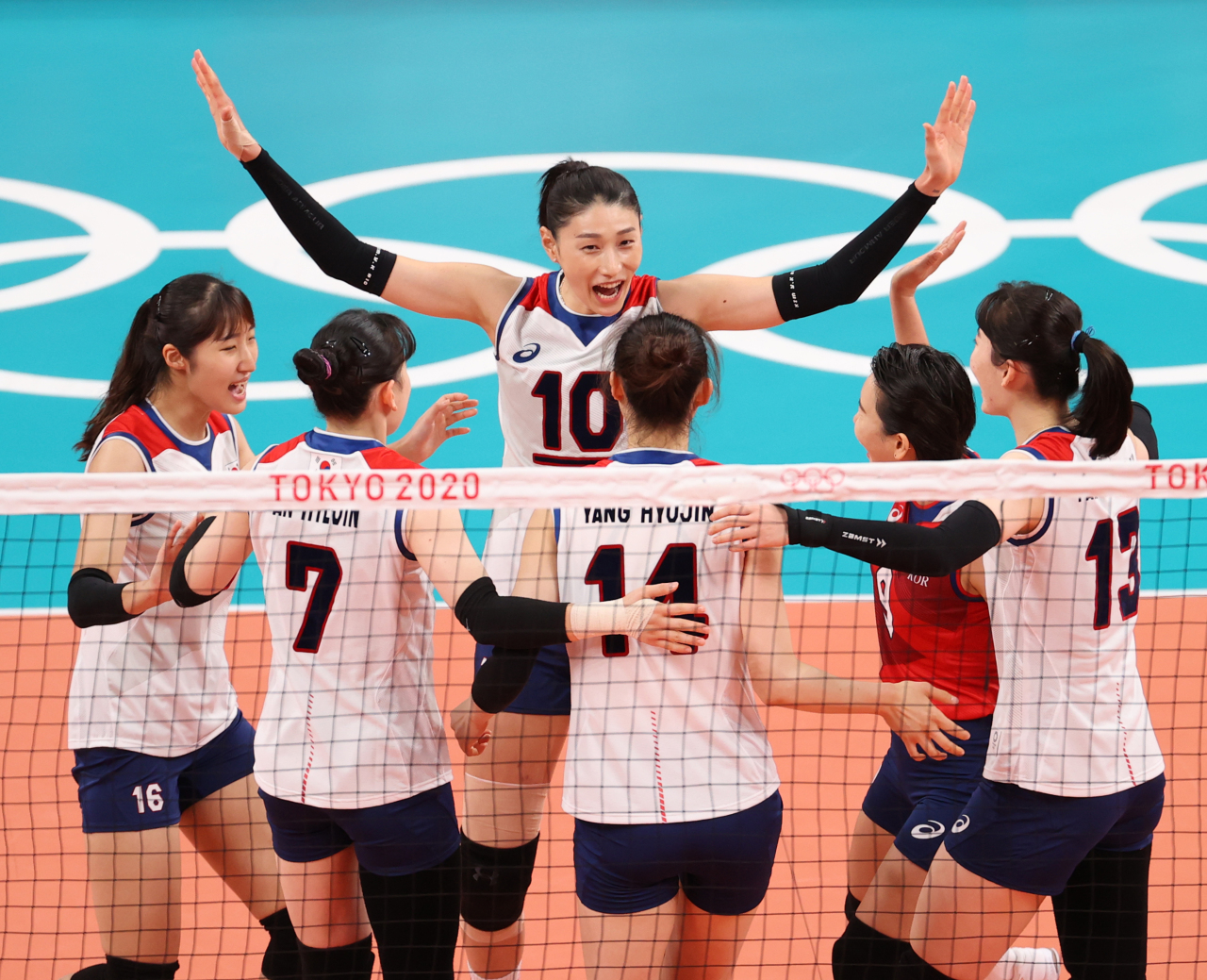 "The team extraordinarily touched (the hearts of Koreans)," Moon wrote on social media after the women's team ended its Olympic competition in fourth place.

In the bronze medal match held earlier in the day at Ariake Arena in Tokyo, the South Korean women's team lost to Serbia 0-3, falling short of winning a much-desired Olympic medal.

"As one team, they fought against powerful teams from across the world openly and squarely, and the entire nation has been proud of them, seeing the players pour out everything at each match," Moon commented.

"It has been a beautiful challenge. I hope (the players) don't feel disappointed. There's another chance," the president said. "I send out my full applause. The entire nation has been greatly encouraged."

Moon listed the names of all 12 team members in the online message and expressed his thanks to them, head coach Stefano Lavarini and other coaches, also voicing a "special cheer" for captain Kim Yeon-koung.

Moon later sent a congratulatory message to Jun Woong-tae, who won bronze in the men's modern pentathlon competition on Saturday to became the first South Korean to win an Olympic medal in his sport.

"You played a wonderful game with Jung Jin-wha, and the embrace of friendship between the players made a touching impression," Moon said, referring to the other South Korean who finished in fourth place in the competition.

The president said the sport will become a source of pride for many South Koreans in the future as Jun wishes. (Yonhap)