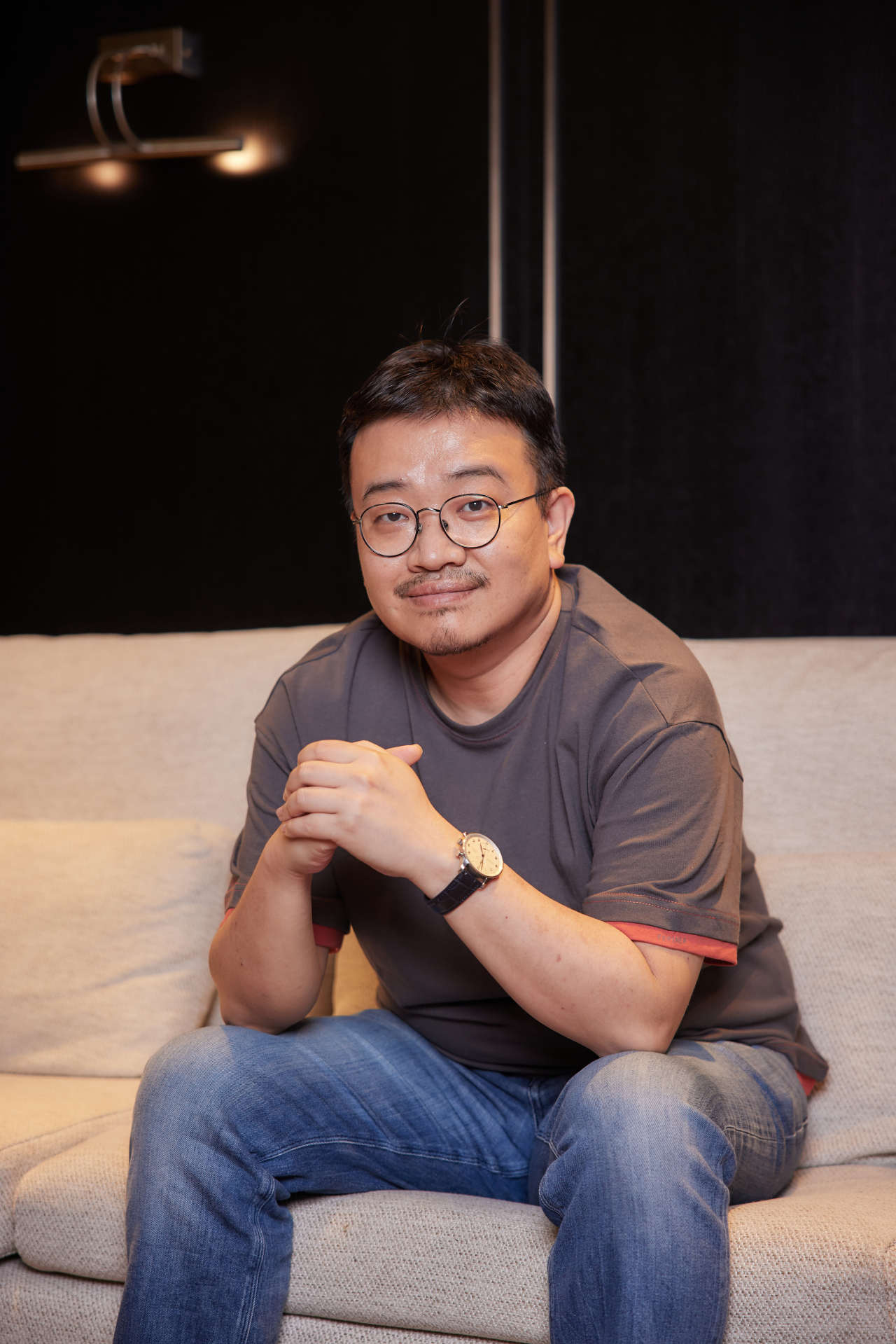 “Unlike the original, our zombies have intelligence, allowing them to drive a car, ” the monster-loving writer told reporters during an interview via Zoom on Wednesday.

In the film, the new being called “jaechaui,” a moving corpse controlled by a shaman, plays the role of a faster, stronger and smarter kind of zombie.

“When the director and I were shooting jaechaui, we definitely wanted the monster to look different. We wanted to start a new movement,” Yeon explained. “When directing ‘Train to Busan,’ I did not want to simply accept the typical Western zombies‘ characteristics, so I asked the choreography team to develop the zombies’ movement to something that a Korean audience could accept. If the zombies from ‘Train to Busan’ were in disorder and represented chaos, jaechaui of ‘The Cursed: Dead Man’s Prey’ move in sync like K-pop groups.”

The Korean occult mystery-thriller is based on the tvN drama of the same title.

“As the writer of both works, I think freely moving from a TV drama to movie is an interesting experience. As I mentioned in the press conference yesterday, I think the growing trend in the entertainment business is to break the boundaries and allow the fans to enjoy the expanded universe.”

Yeon explained that this trend is creating an unimaginable synergy.

The prequel of “Peninsula” -- itself following the events of “Train to Busan” -- and similar styles of works are released on the webtoon platforms of local internet portal giants Naver and Kakao.

This trend may be seen simply as the expansion of the universe, but it means a lot more, according to Yeon.

“The TV drama viewers become interested in the movie because ‘The Cursed’ series is familiar. The movie audience can be curious about the original drama series after watching the movie. The two works are complementary and I am not setting any boundaries for my next work,” the writer told The Korea Herald.

“To be honest, some foreign production companies actually approached me to make an animated version of my webtoon. These unexpected approaches and chances, which I did not pay so much attention to at the production level, come when crossing the boundaries of media.”

The next version of “The Cursed” could be a web novel or even a game, according to the writer, who hinted at unlimited possibilities of how the series could be developed and presented to the audience.

“I am grateful and honored to showcase ‘The Cursed: Dead Man’s Prey’ during the new wave of COVID-19 pandemic. While I was making the movie, I was surprised to know how absorbed I was into this universe. So, I really want the series to continue in any format, even if I am not involved in the work.”