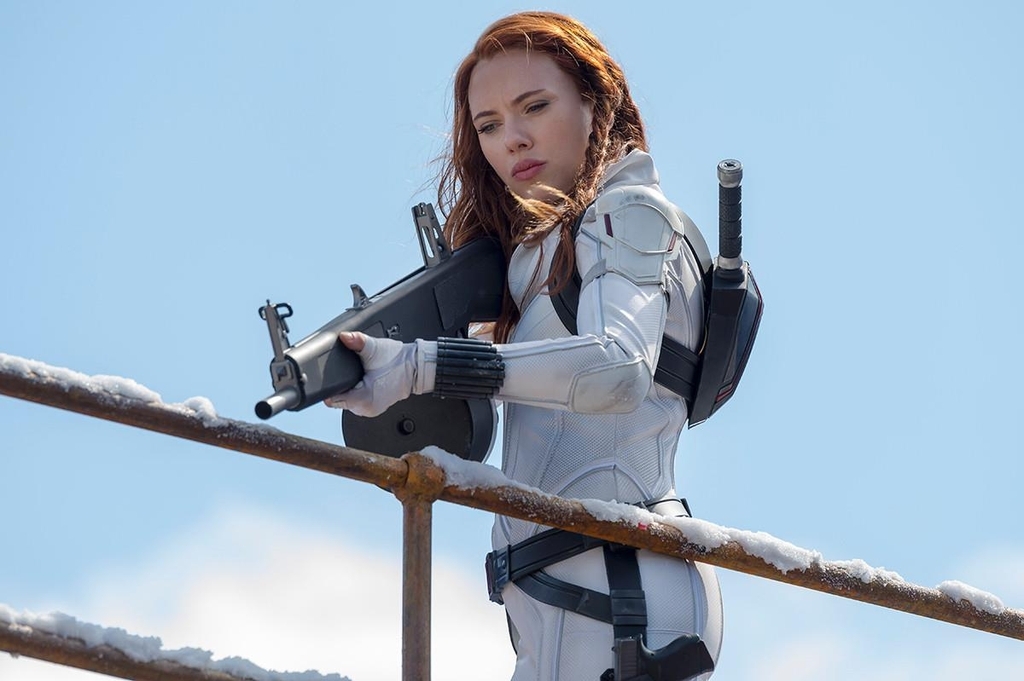 The film posted 2.3 million attendees as of Thursday morning on the 16th day of its release, according to Walt Disney Company Korea.

It outnumbered the previous No. 1, "F9," released in May, which garnered 2.28 million moviegoers.

"Black Widow," which was originally scheduled to be released in May last year, is the first Phase Four film of the Marvel Cinematic Universe.

It follows Natasha Romanoff, played by Scarlett Johansson, who is forced to confront a dangerous conspiracy and has to deal with her past long before she became an Avenger.

Meanwhile, "The Boss Baby: Family Business," a computer-animated comedy film, attracted 57,000 people to debut at No. 1 at the South Korean box office Wednesday. It ended the weekslong dual domination of "Black Widow" and the Korean-Thai horror project "The Medium." (Yonhap)