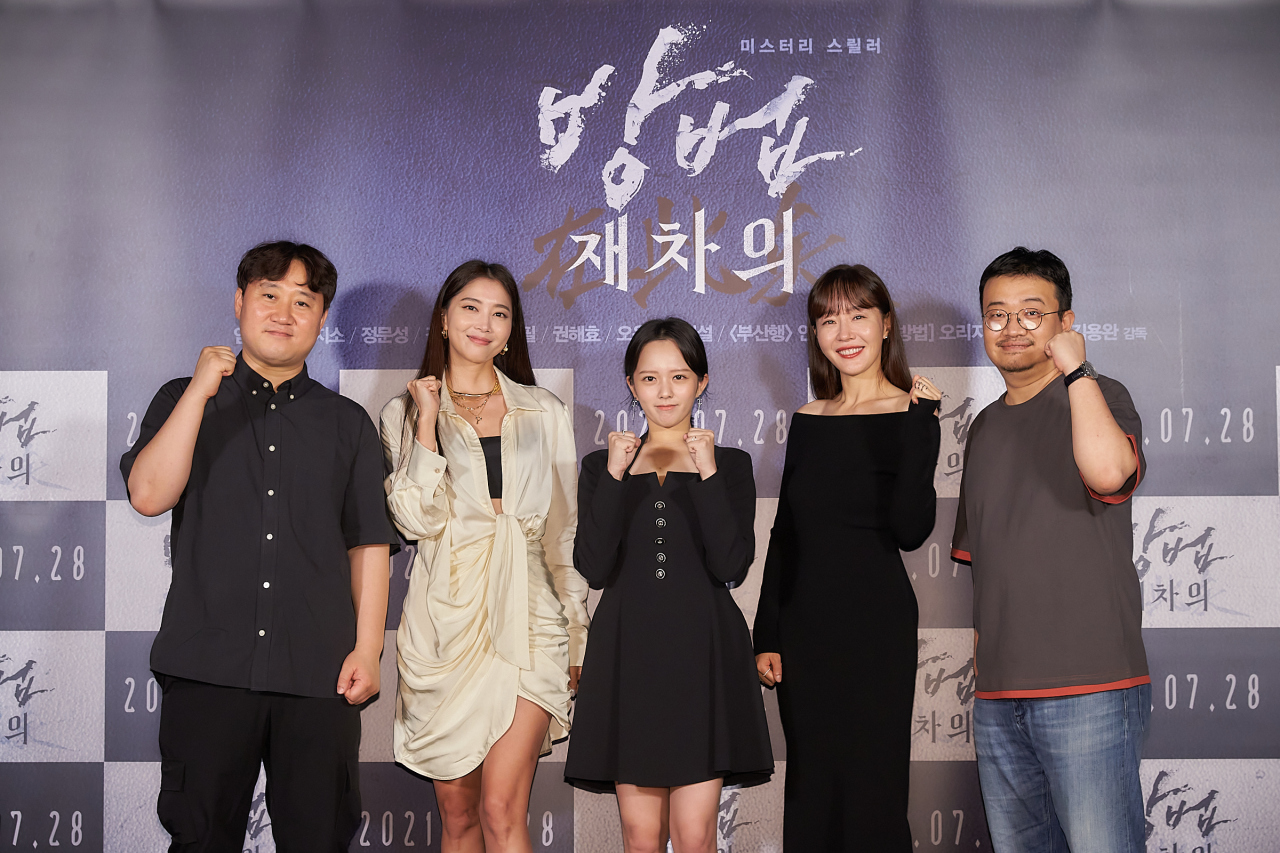 “There are many fantastic films and dramas featuring zombies. The director and I wanted to show something more interesting to the audience, bringing a new picture,” Yeon said during an online press conference following a press screening Tuesday.

“I wanted people to feel like ‘The Cursed: Dead Man’s Prey’ is somewhat different from the original zombie films.”

The movie is a spinoff of cable channel tvN’s drama of the same title, but it introduces a new being called “jaechaui.” Jaechaui is a moving corpse controlled by “dukun,” referring to Indonesian shaman that performs black magic.

The movie revolves around a reporter, Im Jin-hee (played by Uhm Ji-won), and her search for a serial murder suspect which ultimately involves jaechaui. 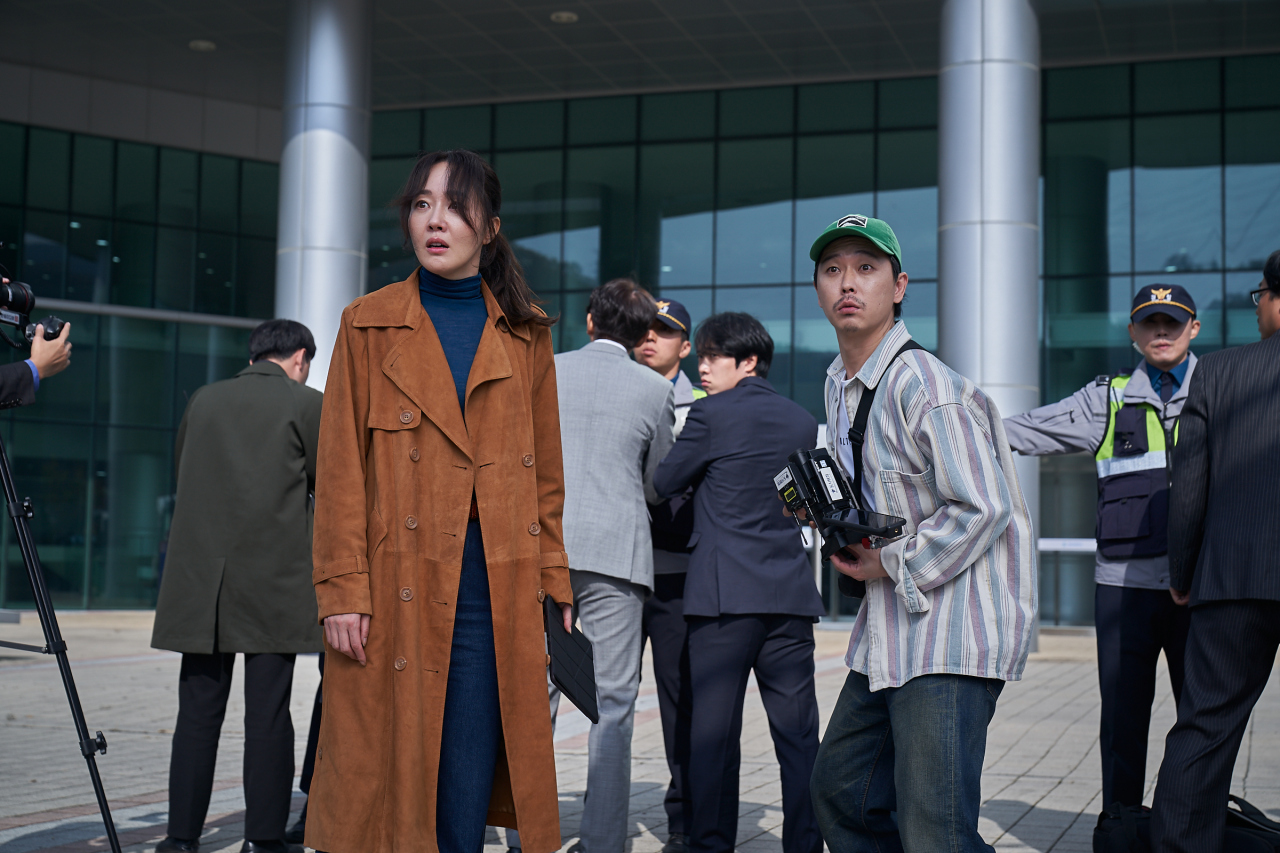 “I discovered jaechaui, the monster with cold, black hands and feet that appears in Korean traditional folktales and I also came across information about dukun. I imagined that connecting these two could bring a fresh experience to audiences, meeting a very Asian creature,” the writer said.

“Unlike the typical zombies, jaechaui is very hard to distinguish from ordinary people. Jaechaui is a moving corpse which seems to have intelligence. Our zombies can even drive. There is a thrilling car-chase scene where I wanted the audience to feel as if they were riding a roller coaster. The chase of jaechaui raises the tension to another level,” Kim added. 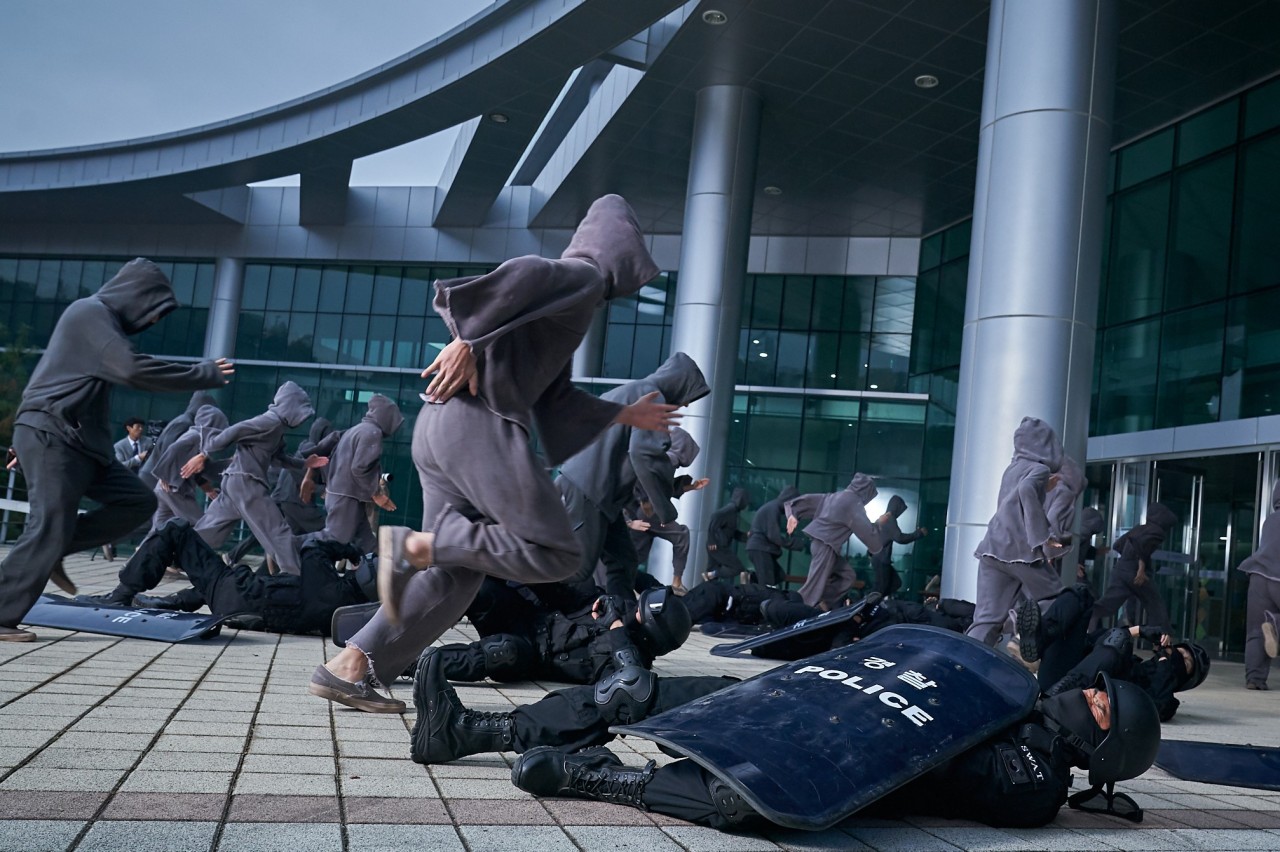 A scene from ”The Cursed: Dead Man‘s Prey“ shows jaechaui. (CJ ENM)
Having been involved in the drama series “The Cursed,” actor Uhm shared her thoughts about the film version.

“I received the script of the movie while I was shooting the drama and I found the existence of jaechaui very interesting. Because the same cast from the drama moved to the film, I think we developed a chemistry which can also help the audience be absorbed in the 109-minute film.”

“I think the growing trend in the entertainment business is to break the boundaries and showcase a single work in various formats, allowing the fans to enjoy the expanded the universe,“ the writer Yeon said, hinting at the possibility of an expanded universe of “The Cursed.”

“The Cursed: Dead Man’s Prey” is set to run in theaters starting July 28.