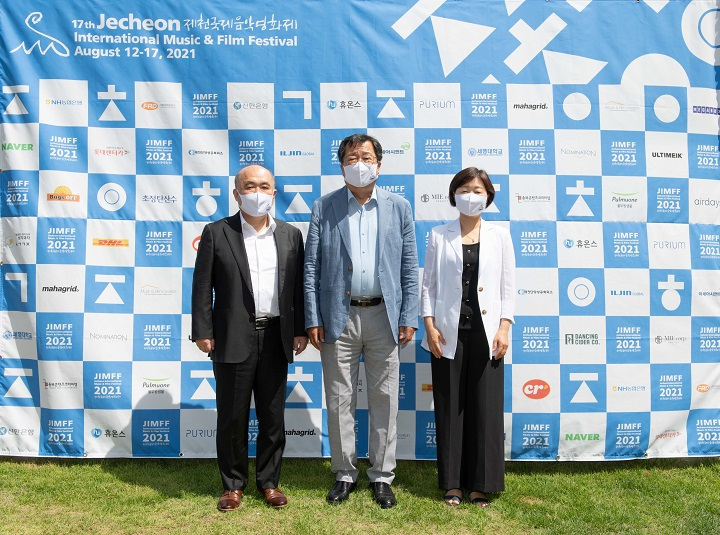 As Korea’s daily new coronavirus cases hit a fresh high of over 1,700 on Wednesday, the organizer of the 17th Jecheon International Music & Film Festival announced that it was considering turning most of the events online.

The international music festival is set to begin Aug. 12 in Jecheon, North Chungcheong Province and run until Aug. 17.

“If the current virus situation does not continue and the government decides to loosen the social distancing rule to Level 1 or 2, we will hold the event while following the rule,” JIMFF Chairman Lee Sang-cheon said during an online press conference Wednesday.

“If it does not change. Then we will have to hold only the bare minimum of events offline and turn others into online events,” Jo Seung-woo, director of JIMFF said. “There are still around 20 days left so we are hoping for the best. But if the situation does not change, we will prioritize preventing the spread of COVID-19.”

“Before we kick off the festival, the entire staff will be tested again,” Lee added.

With the slogan “Commitment: Be Joyful,“ this year’s festival plans to screen 116 music movies from 25 countries. A special concert is also set to be held during the festival if the COVID-19 situation improves.

“Despite the difficult situation, we found that great music movies continue to be created, which made us think that life still goes on,” JIMFF programmer Maeng Soo-jin said.

Opening the festival will be “Tina” directed by Dan Lindsay and T. J. Martin. The documentary film, which had its world premiere at the Berlin International Film Festival in March, follows the life and career of Tina Turner. 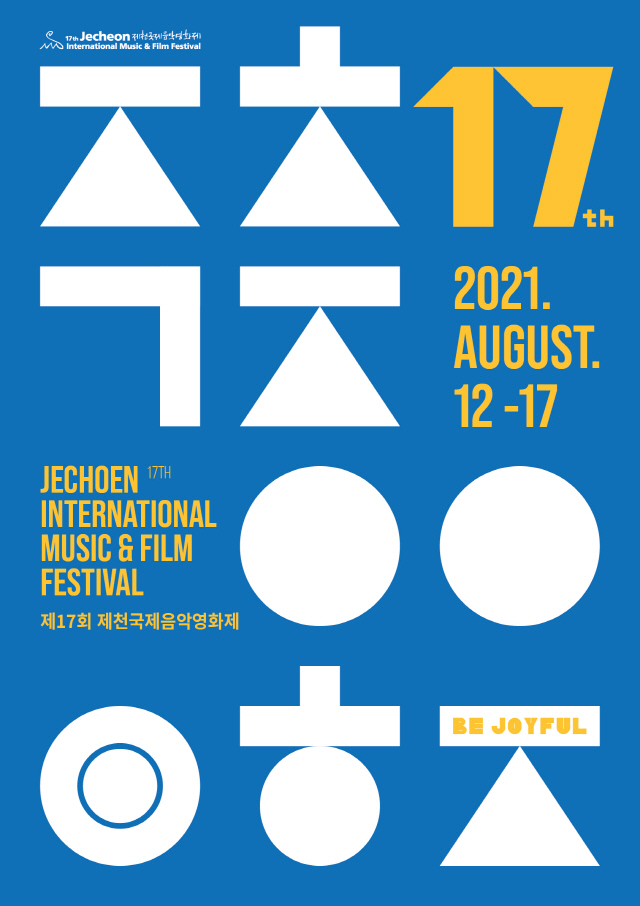 A poster of Jecheon International Music & Film Festival (JIMFF)
“A total of 10 films were invited to the international competition category,” Maeng said. “We also prepared a Special Presentation category during the festival to introduce films by world-renowned directors. ‘American Utopia’ directed by Spike Lee, who led the jury of this year’s Cannes Film Festival, will be introduced through this program.”

The programmer also highlighted that 18 features and short films will be competing in the newly created Korean competition section.

For the first time this year, the organizer will introduce JIMFFace, an artist with successful music and film career.

Actor and singer Uhm Jung Hwa was selected as this years JIMFFace.

“I am happy and honored to be selected as JIMFFace,” Uhm said in a video played during the conference. “Jecheon is my hometown and I am happy and nervous to screen six of my movies during the festival.”