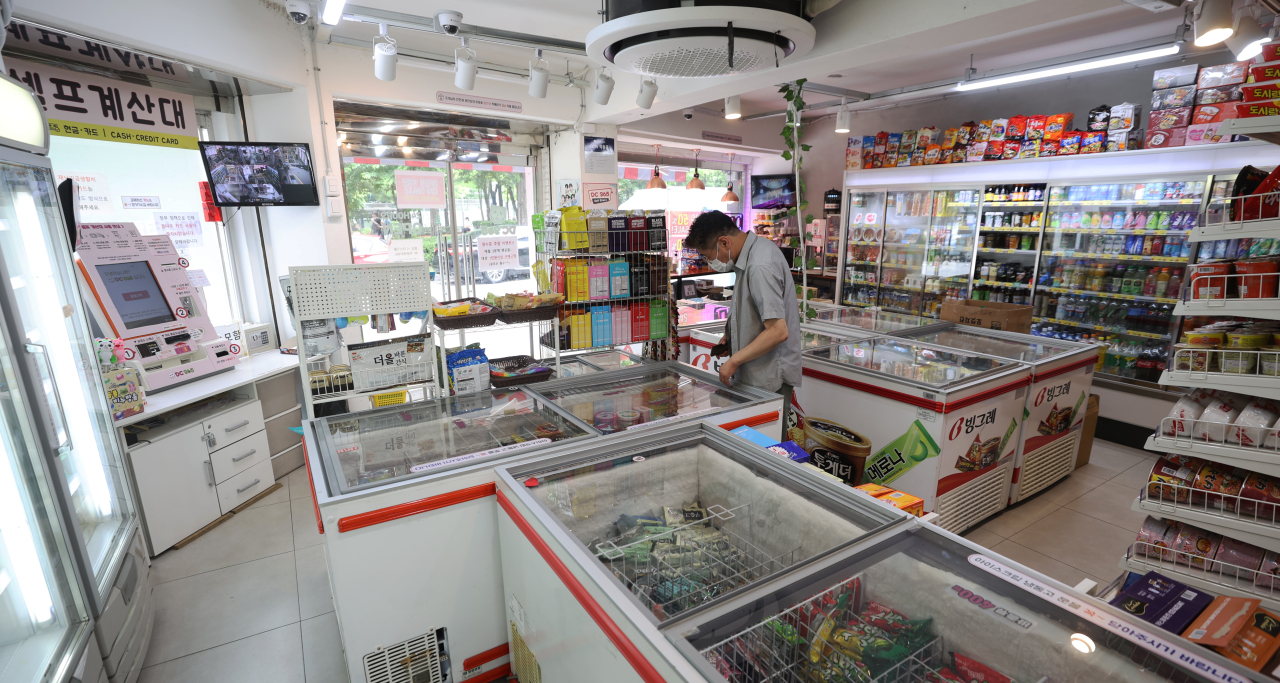 A customer looks at items at an unmanned convenience store in Seoul on Tuesday. (Yonhap)
More South Korean convenience stores are staying closed or going cashierless in the hours between midnight and early morning -- a trend industry insiders say is being pushed by a rise in labor costs.

Just over 1 in 5 7-Eleven stores are opting to remain closed in the early hours, an increase from 2018 when the figure was 17.6 percent.

CU, the country’s largest convenience store chain by number of stores, also saw a similar shift in recent years, with stores staying either closed or going cashier-less accounting for 20 percent in 2019 and 2020, compared to 13 percent in 2016.

Industry experts say the shift has been prompted by rising labor costs caused by a minimum wage increase in recent years.

“It seems to be the burden of labor costs following the minimum wage increase,” one official at a convenience store company said. Store owners can sign a franchise agreement with the company to either operate for 19 hours or 24 hours, the official explained. Other chains allow for 18 hours.

As of last month, some 4,300 out of 5,509 Emart24 stores either closed at night or operated with self-checkouts.

The move has been criticized by labor groups who thought the new rate was much lower than expected, as well as by groups representing business owners who have said the opposite.

In a survey conducted by the Korea Federation of Micro Enterprise earlier this month, some 87 percent of small business owners said they would have difficulties paying the minimum wage if it were increased for next year.

The survey was conducted when next year’s minimum wage was expected to rise to 10,800.