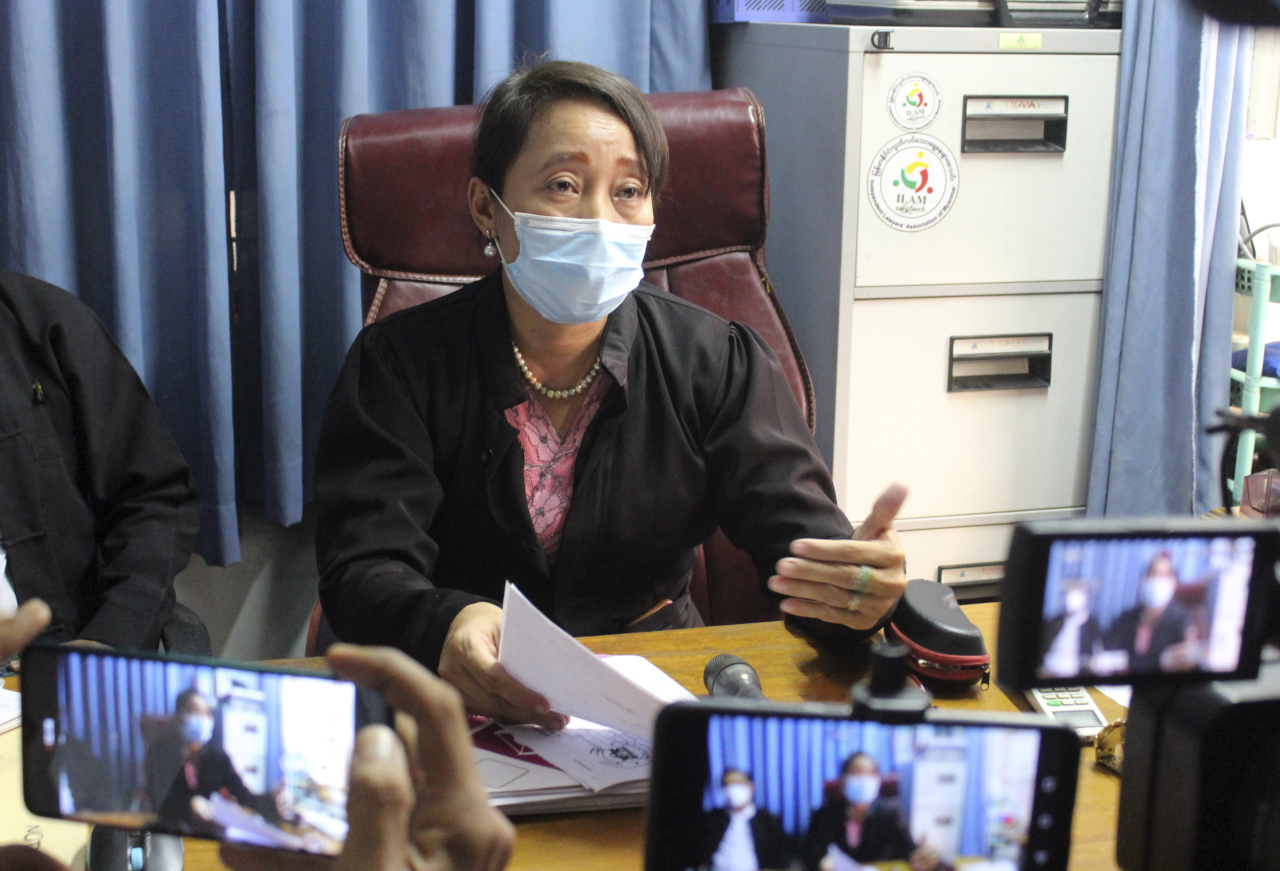 Min Min Soe, a lawyer assigned by the National League for Democracy party to represent deposed leader Aung San Suu Kyi (AP-Yonhap)
NAYPYIDAW (AFP) -- Ousted Myanmar leader Aung San Suu Kyi and her personal staff have been fully vaccinated against Covid-19 since being taken into military custody, her lawyer said Tuesday, as the country battles a spike in cases.

Suu Kyi has been all but invisible since being detained by the military in February, with a handful of court appearances in a special court in Naypyidaw her only link to the outside world.

Coronavirus infections are rising sharply in Myanmar, with authorities reporting almost three thousand cases Monday, up from around 100 per day in early June.

The impoverished country of 54 million is rushing to secure more vaccines after receiving 1.5 million doses from India and 500,000 from China earlier this year.

"All persons in Amay's house including Amay were vaccinated," her lawyer Min Min Soe told reporters Tuesday, using an honorific for Suu Kyi, after the latest hearing in her trial for sedition.

She did not give details on when Suu Kyi -- who is believed to have received a first dose before her government was deposed -- had received the jab, or what vaccine she was given.

Around 10 people are thought to be living with the Nobel laureate, 76, in the house she is being held in, including personal guards and cooks.

"She asked people to get vaccinated if possible. She asked we take care of each other and to follow restrictions and notifications."

Myanmar's response to the virus has been hampered by a mass civil disobedience campaign that has seen thousands of doctors, volunteers and civil servants stop work to protest against the military.

On Tuesday Suu Kyi's legal team cross-examined prosecution witness in a case in which she is accused of sedition along with former president Win Myint and senior leader from her National League for Democracy party, Myo Aung.