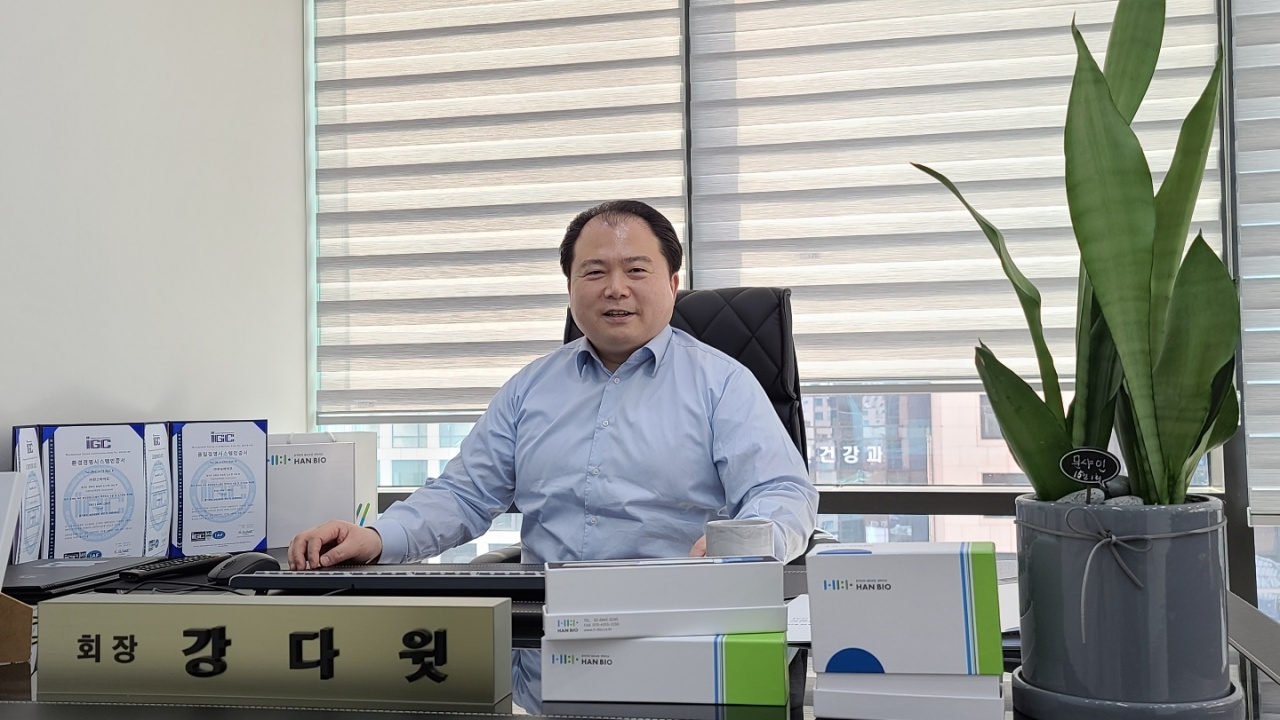 Han Bio, a Seoul-based company that develops cell therapies based on natural killer cells and stem cells, last year developed a technology that can be used in the mass culturing of dermal papilla cells, a population of cells that play pivotal roles in hair formation, growth and cycling.

During an interview with The Korea Herald on Friday last week, Kang said with this technology it would take just a single strand of a patient’s hair to cultivate enough cells to reproduce around 30,000 hair strands.

The chairman added that the company is now preparing to apply for patents in foreign countries including the US, Japan and China.

“The company has not decided how it would enter the overseas markets, but is open to various options, including out-licensing the technology,” Kang said.

Drawing foreign patients to come here is another way of expanding the company’s reach, the chairman said. Patients could both travel and receive hair loss treatment in Korea in a specially organized package trip, according to Kang.

“The company has already secured test results showing that it is safe for a patient in other countries to send his or her hair in advance, which the company uses to cultivate the cells and prepare hair transplantation upon the patient’s arrival here,” Kang said.

The facility is currently undergoing a validation process and expects to start operation in April or May, Kang added.

In Korea, transplantation of a single hair strand typically costs around 3,000 won ($2.65).

Han Bio is currently taking steps toward clinical studies in Korea and is choosing its partner for the trials. The company plans to start its clinical studies in the second half of this year, after submitting the necessary documents to the authorities.

Kang said he expected the time required for clinical trials to be shortened under a new law here, which became effective Aug. 28 last year, designed to help fast-track the market entry of regenerative medicines and biologic drugs.