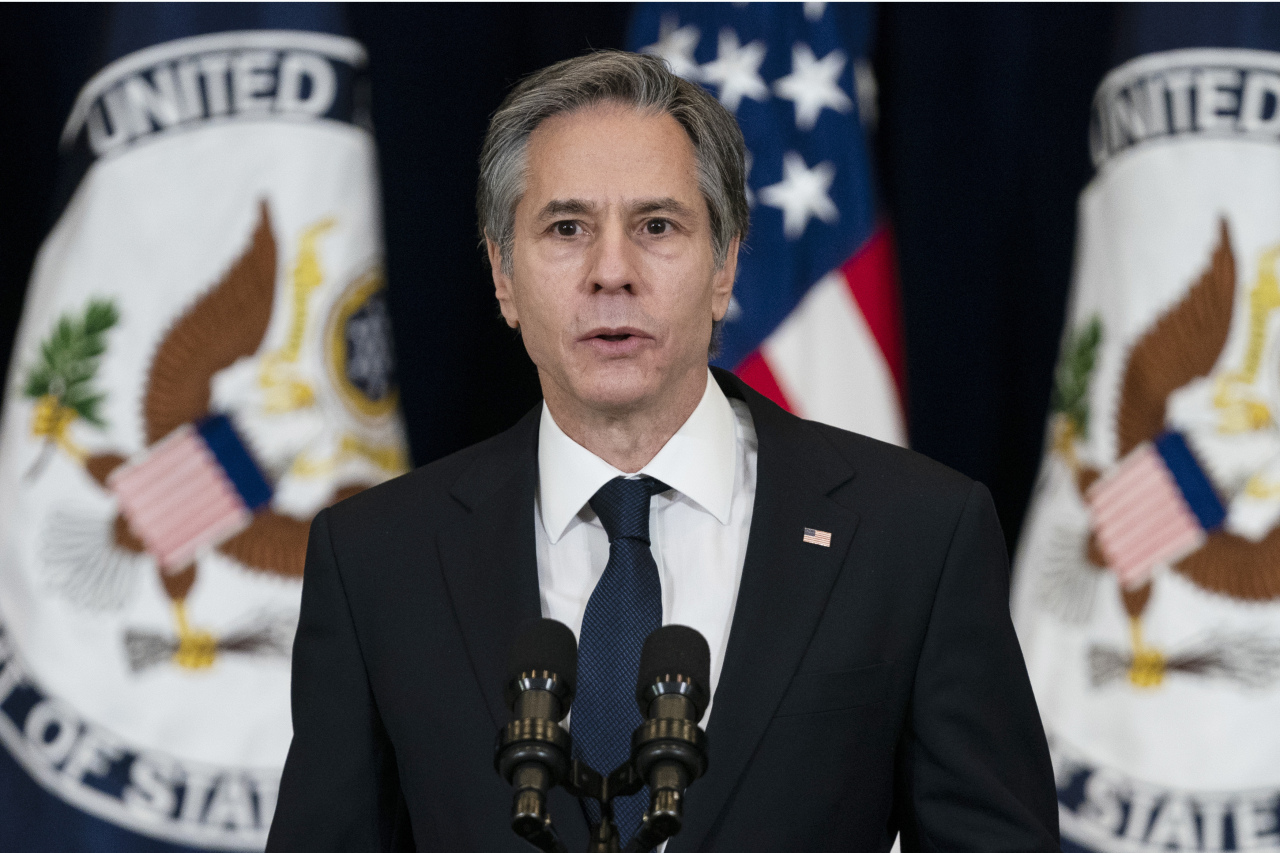 He briefly mentioned North Korea during a speech at the United Nations-sponsored Conference on Disarmament, where he also said the US would demand greater transparency from China on its weapons development program.

During the prerecorded speech, Blinken warned against Russia, referring to its anti-satellite missile test in December, and stressed that Iran must stick to the 2015 nuclear agreement.

“The United States remains committed to ensuring that Iran never acquires a nuclear weapon. Diplomacy is the best path to achieve that goal,” said Blinken, who played a key role in the talks that led to the 2015 deal, called the Joint Comprehensive Plan of Action.

“Working with allies and partners, we will also seek to lengthen and strengthen the JCPOA and address other areas of concern, including Iran’s destabilizing regional behavior and ballistic missile development and proliferation.”

The International Atomic Energy Agency said Sunday that Tehran had agreed to give its inspectors continued access to verify and monitor nuclear activity in the country for the next three months.

On North Korea, which lies relatively low on the US foreign affairs agenda, Blinken said the US would continue to concentrate on its denuclearization and to work with allies to deal with its weapons of mass destruction and ballistic missile programs.

In contrast to the Donald Trump administration, which did not pay much attention to multilateral discussions on North Korea, such as the UN disarmament conference, and preferred to speak with Pyongyang bilaterally, the key principle of the Joe Biden administration on foreign policy is recovering US leadership on the world stage.

The Biden administration is reviewing its strategy on China as well, but it has maintained a hard line on Beijing’s lack of cooperation on finding out where the COVID-19 pandemic began.

On Russia, Blinken said the US would watch the challenges posed by Russia, while mentioning the five-year extension of the New START weapons reduction deal between the US and Russia.

Blinken welcomed the decision of the European Union to slap fresh sanctions on Russian officials over the jailing of opposition leader Alexei Navalny, a US State Department spokesperson said Monday.