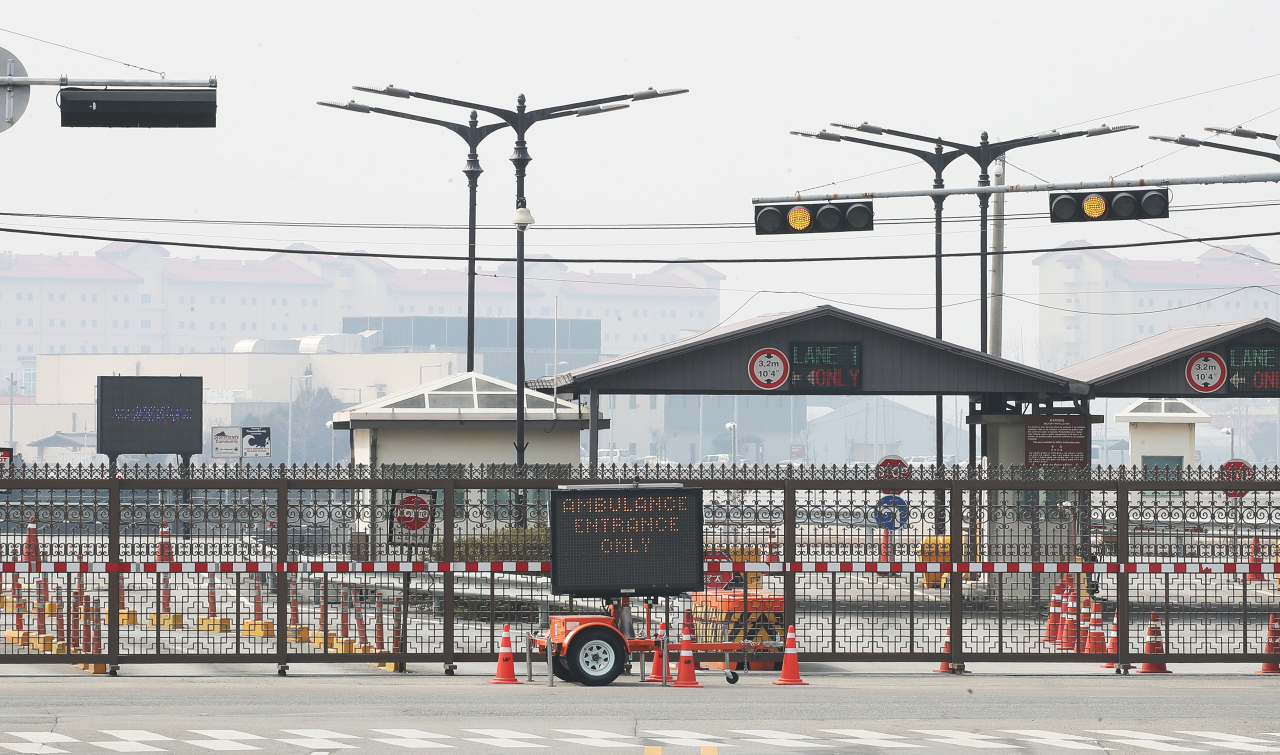 USFK base (Yonhap)
One American soldier stationed in South Korea and five individuals affiliated with US Forces Korea (USFK) have tested positive for the new coronavirus, military officials said Friday.

The service member resides and works on the US Army Garrison Camp Humphreys in Pyeongtaek, some 70 kilometers south of Seoul, and has access to the Yongsan base, according to USFK.

Four civilian workers -- three American and one Korean -- and a family member tested positive on Thursday, it added.

The Yongsan base in central Seoul has seen a series of virus cases since early January.

"Out of an abundance of caution to protect the force, we have enacted several measures at both installations to ensure we have the necessary time and resources available to complete our thorough contact tracing," said USFK commander Gen. Robert Abrams.

USFK has banned "all leisure travel" to the Yongsan garrison from Tuesday through Saturday for contact tracing and other necessary antivirus measures.

The latest cases raised the total number of infections among USFK-affiliated individuals to 596. Most of them tested positive upon arrival in South Korea from the US. (Yonhap)