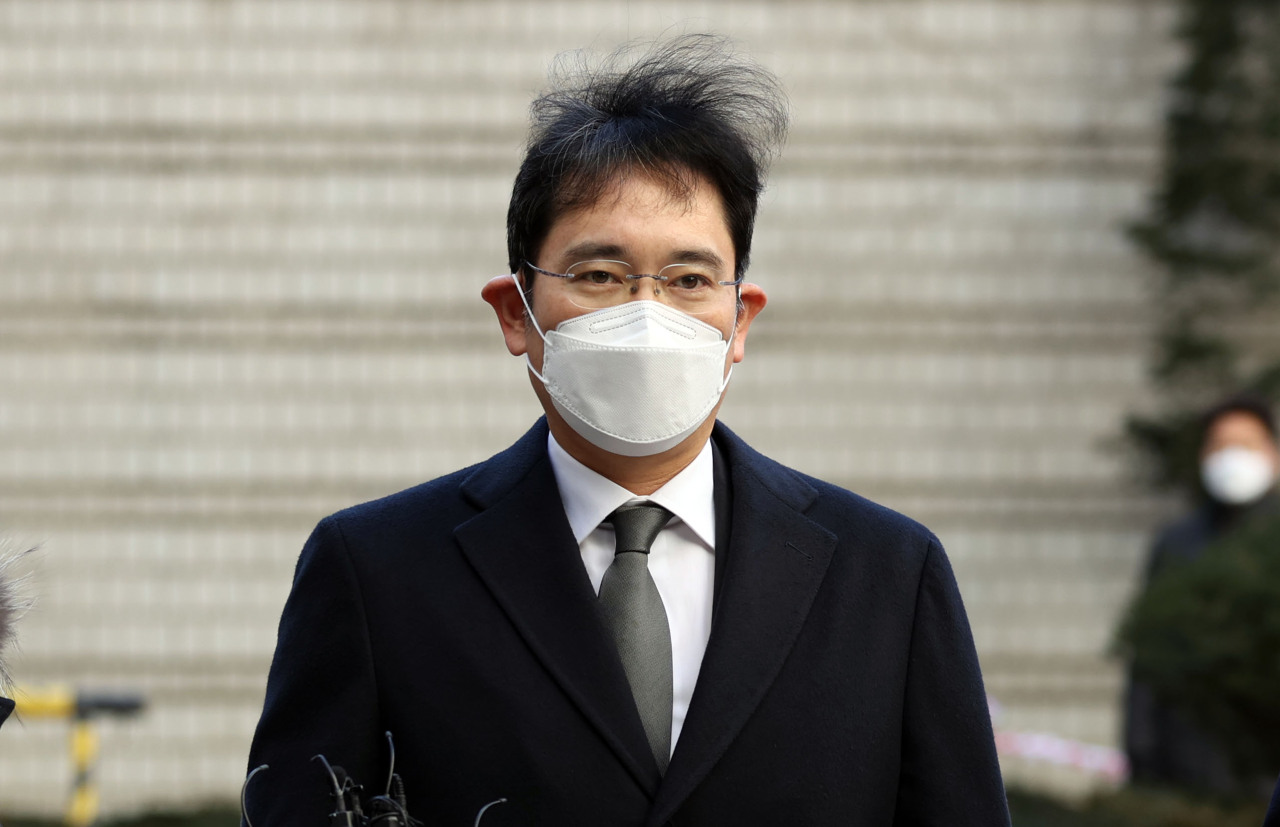 Samsung heir Lee Jae-yong (Yonhap)
The head of South Korea's leading business lobby group on Friday sent a letter to a Seoul court asking for leniency in the upcoming sentencing of the Samsung Group heir in a bribery case, the group said.

The plea marked the first time that Park has written a character reference letter to ask for leniency in a case involving businessmen since he became the chief of KCCI in 2013.

In the letter, Park expressed his concerns that putting Lee behind bars again will negatively impact not only Samsung, but also the country's economy.

"I have been watching Vice Chairman Lee for quite a long time," he said. "I sent the letter in a hope that the court can give another opportunity to Lee considering the weight of Samsung's presence in our society."

The Seoul High Court is scheduled to give its ruling on Lee on Monday.

Lee was indicted in February 2017 for bribing former President Park Geun-hye and her longtime friend Choi Soon-sil. He was sentenced to five years in prison later that year, but was freed in

2018 after the Seoul High Court reduced the sentence to 2 1/2 years, suspended for four years, dismissing most of the bribery charges against him.

The Supreme Court, however, in 2019 overturned the previous court ruling and sent it back to the Seoul High Court for a review. (Yonhap)