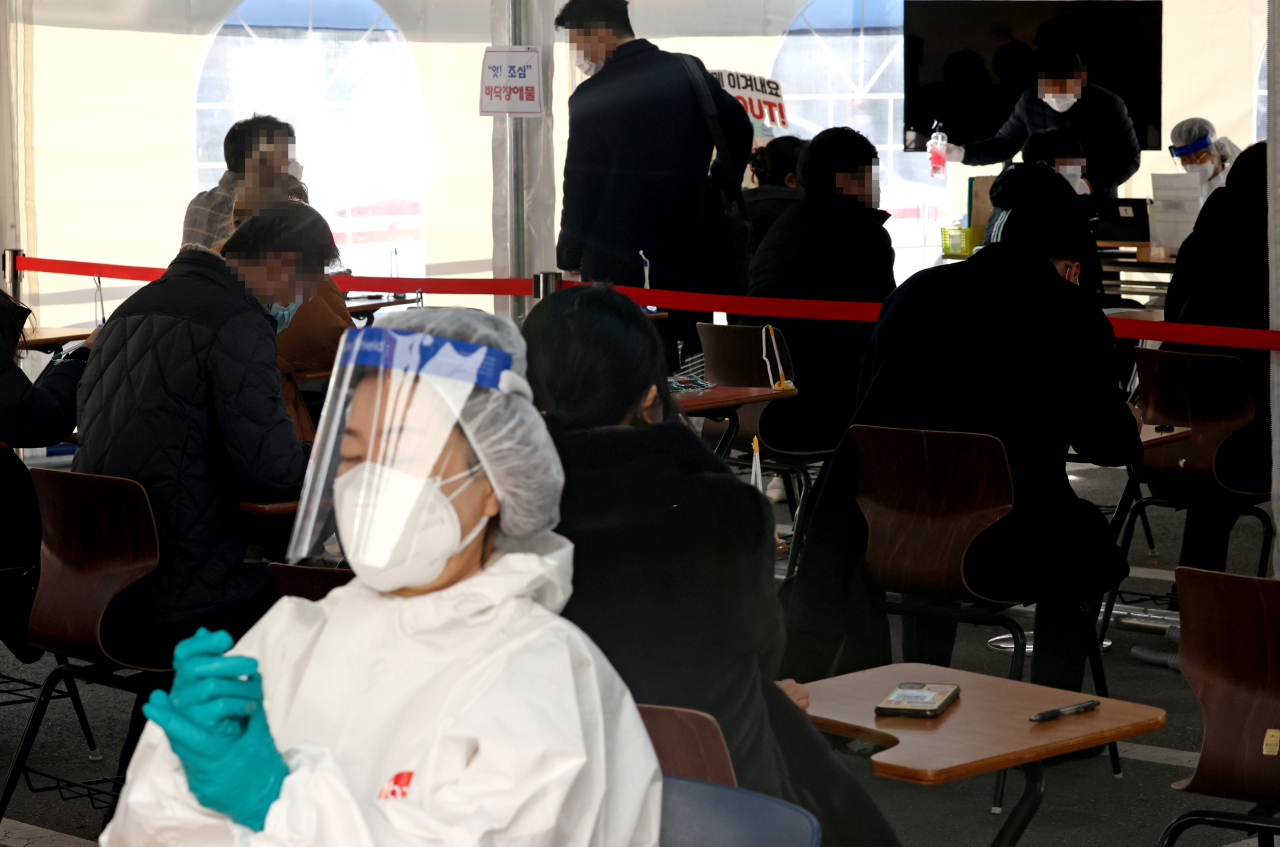 Health authorities on Tuesday vowed to guard against potential threats of the new coronavirus to ensure the safety of around 500,000 college hopefuls taking the national college entrance exam this Thursday. They also pledged to make all efforts to not allow a single test taker to miss the life-defining exam due to the virus.

Even if one is diagnosed with the COVID-19 on the eve of the test date, they will still be able to sit the College Scholastic Aptitude Test, known here as Suneung.

“The Central Disease Control Headquarters is determined (to do so), having established a hotline (with relevant authorities) for that purpose only. We will have teams working day and night shifts (in the run-up to Suneung),” Kwon Jun-wook, the virus response authority‘s deputy director, said during a daily COVID-19 briefing.

The hotline connects the Korea Disease Control and Prevention Agency, the Ministry of Education and community health centers to identify and keep track of exam takers who have tested positive for the virus or are quarantined due to potential exposure to the virus.

Testing sites will operate until 10 p.m. on the eve of the Suneung day for any exam takers with symptoms. Results will be out within 3-4 hours, faster than the usual 6-7 hours, so that any necessary adjustments can be made for their Suneung on Thursday, the official explained. …

A total of 493,433 students have registered to take the Suneung this year.

Kwon urged exam takers to thoroughly comply with virus control rules that the government mapped out when it designated the period from Nov. 19 to Thursday a “special quarantine period for the Suneung.”

“The way to minimize the chance of infection for those taking the exam is refraining from visiting multi-use facilities and cram schools and opt for remote learning classes until a day before the Suneung,” he said.

South Korea’s new coronavirus case count stayed under 500 for the third consecutive day on Tuesday, but the authorities said it was too early to predict a trajectory for the numbers.

The country added 451 more COVID-19 cases, including 420 locally acquired infections, raising the total caseload to 34,652, according to the Korea Disease Control and Prevention Agency.

Places that people visit on a regular basis such as schools, private educational institutions, saunas and gyms as well as social gatherings continue to drive up the number of COVID-19 cases.

“We are in a critical situation where COVID-19 is right under our nose. The number of new COVID-19 daily cases shows no signs of abating by reporting the range of 400 to 500 for six consecutive days,” Second Vice Health Minister Kang Do-tae said during a government coronavirus response meeting on Tuesday.

It is difficult for anyone to avoid the threat of COVID-19, Kang said, citing cases linked to fitness dance classes and year-end parties.

Starting Tuesday, saunas in public bathhouses and nine kinds of indoor group exercise classes in the Greater Seoul area will have to cease operation for a week as part of the government’s more stringent distancing measures introduced amid warnings that the country could see the daily virus count soar to 1,000.

But the government kept Level 2 social distancing measures in place for the Greater Seoul area, where high numbers of cases have been reported in recent weeks. Level 2 is right in the middle of the five-tier system, which includes half levels.

Of the new daily case figures announced Tuesday, 153 cases were reported in Seoul and 86 in Gyeonggi Province.

Social distancing rules were raised to Level 1.5 outside of Seoul for two weeks starting Tuesday.

With mounting calls for more drastic actions to stave off a third wave of COVID-19 infections, Prime Minister Chung Sye-kyun said whether to tighten virus control guidelines would depend on more than just the number of confirmed cases.

“The decision reflects the opinion of experts that precise measures to strengthen the virus prevention for multiuse facilities, which are mainly used by young people, are more effective than a level elevation,” Chung said in a post on his Facebook page.

He said the average number of confirmed daily cases in the past week was 438, surpassing the threshold for Level 2.5 nationwide.

“To elevate the social distancing level, various factors should be considered such as the number of patients in their 60s, the capacity of hospital beds for patients with severe illnesses and reproduction numbers,” he said.

The number of seriously or critically ill COVID-19 patients came to 97 -- 21 more than a day earlier.

“I know that people will be anxious but we have to wait and watch the effectiveness of the changes in the distancing level in the Seoul Metropolitan area, which has risen twice in 10 days.”

The number of seriously or critically ill COVID-19 patients came to 97. The death toll remained at 526, with no additional deaths. The fatality rate was 1.52 percent.

The number of people released from quarantine after making full recoveries stood at 260.