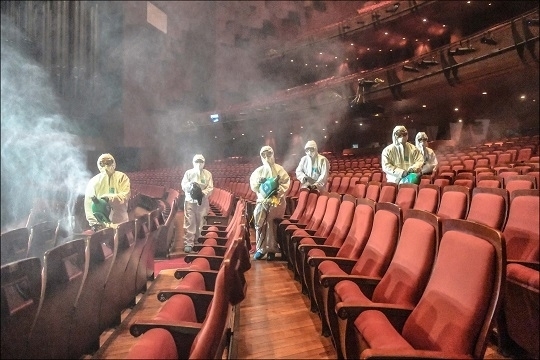 Workers disinfect the auditorium at the Sejong Center for the Performing Arts. (Sejong Center)

Under the new five-tier social distancing system announced by the authorities on Sunday, performing arts theaters and cinemas will not be required to leave an empty seat between every audience member when Level 1 social distancing is in effect.

When South Korea eased the social distancing scheme to the lowest level of the three-tier system on Oct 12, major performing arts theaters and cinemas, both public and private, continued to leave an empty seat between every audience member in concerns against the spread of the virus. 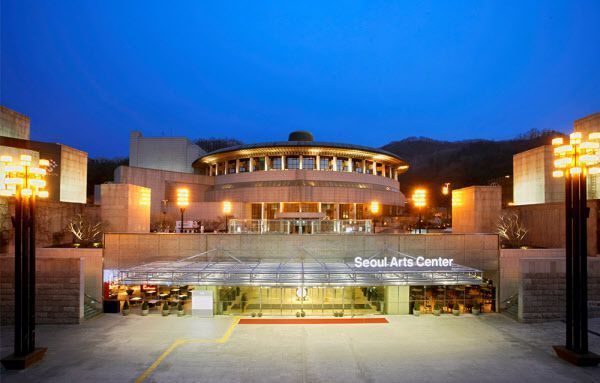 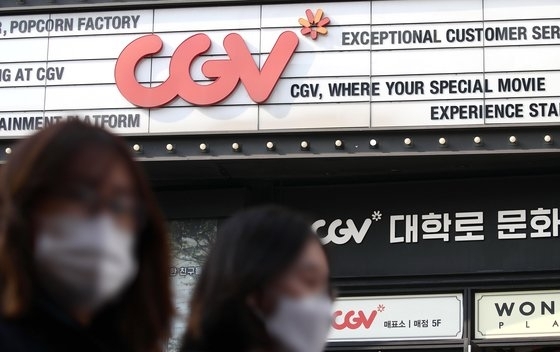 CGV’s Daehagno branch closed its doors on Oct. 26 after the multiplex chain operator announced the closure of seven cinemas. (Yonhap)
The performing art scene and the movie industry, which have been hit hard by the audience distancing measures, are expected to make some recovery under the new scheme.

At Level 1, the lowest level of the five-tier scheme, theaters and cinemas will not be required to leave an empty seat between every audience member.

However, mask wearing, body temperature checks and other safety measures will be mandatory.

If the social distancing scheme is raised to Level 1.5, theaters and cinemas will be required to leave an empty seat between different parties. Audience members can seat next to their companions, but a seat will be left empty between them and other audience member. There is no limit to the number of companions.

At Level 2, every other seat will be left empty and at Level 2.5, two seats will sit empty between every person.

At Level 3, the highest tier of the five-tier plan, theaters and cinemas will be shut down.