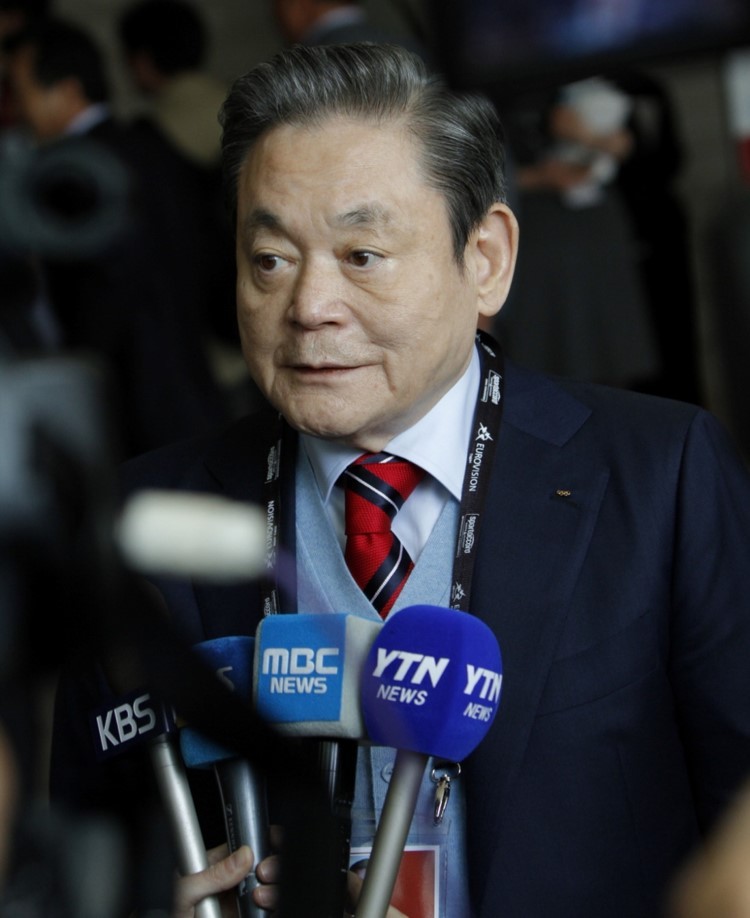 Stocks of Samsung Group’s key affiliates rallied Monday on expectations of a possible corporate governance revamp at South Korea’s largest conglomerate after the passing of Chairman Lee Kun-hee. Anticipation that the companies might increase dividend payouts to help the owner family secure funds to pay inheritance taxes also boosted the stock prices, according to market watchers.

Construction firm Samsung C&T and Samsung Life Insurance, two of the companies that allow the Lee family to control crown jewel Samsung Electronics, saw their stocks jump on the day.

The preferred stock of Hotel Shilla, a luxury hotel and duty-free business led by the late chairman’s eldest daughter, Lee Boo-jin, also hit the upper limit of 29.97 percent at 83,700 won.

The family sits atop the labyrinthine ownership structure of the conglomerate, whose market cap is 338.6 trillion won.

As of end-June, the chairman effectively owned Samsung Electronics with a mere 4.18 percent stake, as he held 20.76 percent of Samsung Life Insurance, which is the largest shareholder of the tech giant with an 8.51 percent stake.

Some market watchers forecast that Samsung C&T will play a more crucial role in the group’s succession scenario.

“While indirectly owning Samsung Electronics via its stake in Samsung Life Insurance, Samsung C&T where Jae-yong is the largest stakeholder will likely receive the spotlight down the road,” said Kim Soo-hyun, an analyst at local financial firm Shinhan Investment.

The junior Lee has been at the helm of the tech giant since 2014, when his father had a heart attack and became incapacitated.

Some market analysts suggested that the late chairman’s 20.76 percent stake in Samsung Life Insurance could be acquired by either his scions or by Samsung C&T, to help the family tighten its grip on the nation’s largest conglomerate.

When the inheritance process begins, the tax bill could become a critical issue, according to some market watchers.

As of Friday, the late chairman held 18.22 trillion won worth of Samsung stocks, according to the Korea Exchange.

It is estimated that the bereaved family members may have to pay more than 10 trillion won in inheritance taxes.

“On condition that the Lee family’s ownership at the conglomerate remains unaffected, Samsung Life Insurance will have to increase dividend payouts to prepare for inheritance taxes,” said Kang Seung-kun, an analyst at KB Securities.

A proposed bill to revise laws regarding insurance companies’ holdings of affiliates also poses a hurdle for the Lee family’s efforts to maintain their ownership of the business titan.

According to the “Samsung Life Insurance bill,” which was drafted specifically to address controversies surrounding Samsung Group’s ownership and complicated cross-shareholdings structures, the value of an insurance company’s holdings in an affiliate should not exceed 3 percent of its total assets based on market value.

The Samsung Electronics shares owned by Samsung Life Insurance currently amount to 11 percent of the insurance firm’s assets, which means the insurance firm would need to offload the excessive shares if the bill is passed in parliament.

The Samsung Group chairman died in a hospital in Seoul on Sunday at age 78, having been bedridden for six years.