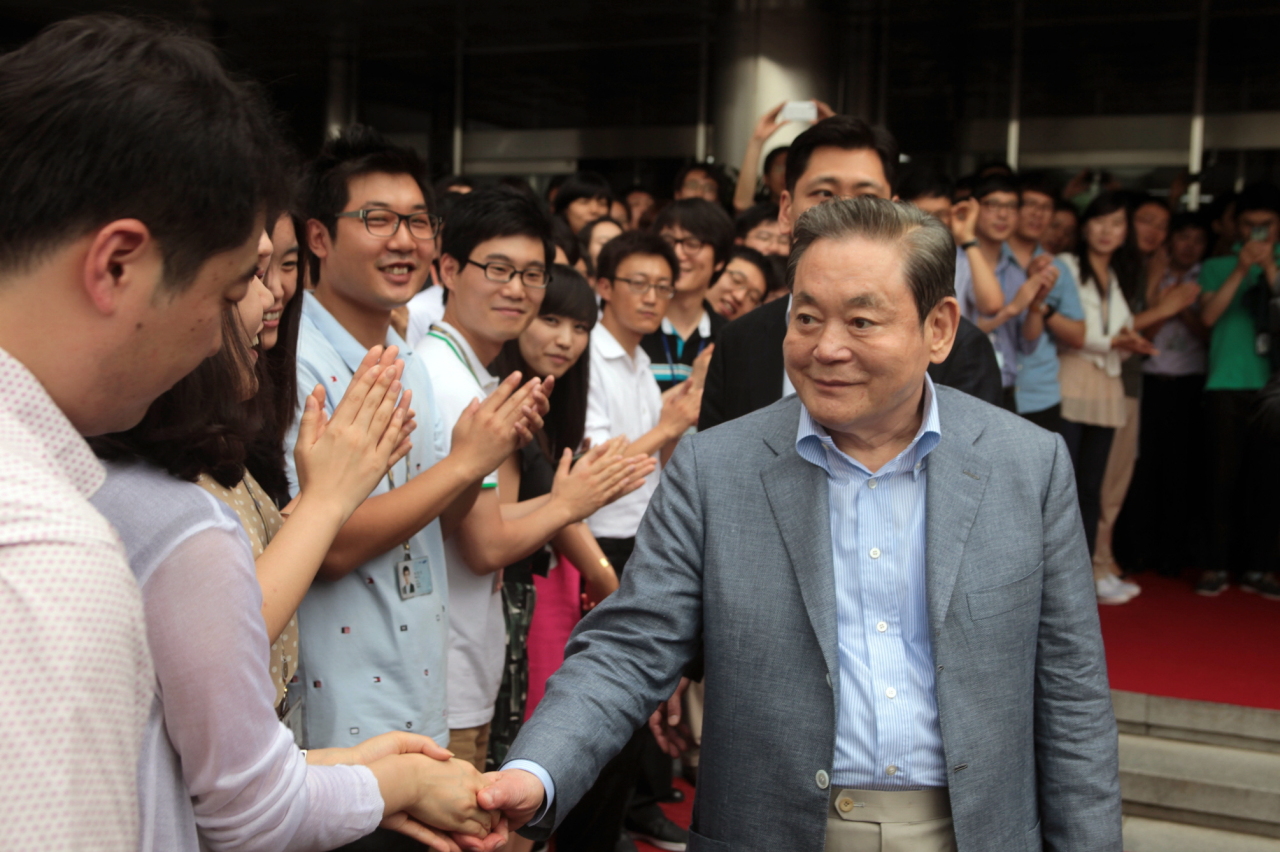 The combined market value of the conglomerate’s affiliates -- including crown jewel Samsung Electronics and construction firm Samsung C&T -- reached 318.7 trillion won ($282.4 billion) in 2014, when the late chairman had a heart attack and became incapacitated. That figure was 348 times higher than Samsung’s 1987 market value, which stood at 900 billion won. Lee took the chairmanship from his father, Samsung founder Lee Byung-chull, that year.

The death of Samsung’s leader will likely have a limited impact on the stocks of Samsung subsidiaries and affiliates, according to some market analysts, since the group has long prepared for the leadership transition.

“Since Lee’s son and Vice Chairman Jae-yong has been at the helm of Samsung Electronics for years, the tech giant’s stock price will less likely be affected by the passing of the chairman,” said Kim Ji-san, an analyst from Kiwoom Securities.

Inheritance taxes, involving the late chairman’s shares in companies that include Samsung Life Insurance, Samsung C&T and Samsung Electronics, could become a critical issue down the road, according to other analysts.

“The conglomerate has not yet announced measures to solve the inheritance issues, but many eyes will be on how the vice chairman prepares for money to pay for inheritance tax,” said Kim Yang-jae, an analyst at KTB Investment & Securities.

It is estimated that the bereaved family members will have to pay more than 10 trillion won in inheritance taxes.

Lee Jae-yong was the second-richest man in Korea as of last week, with the value of his stocks in Samsung affiliates reaching 7.2 trillion won.

The Samsung Group chairman died in a hospital in Seoul on Sunday at age 78, having been bedridden since his heart attack in 2014.

Based on a survey by Forbes earlier this year, the Samsung chairman was one of the 100 richest people in the world and his assets were worth $20.9 billion.