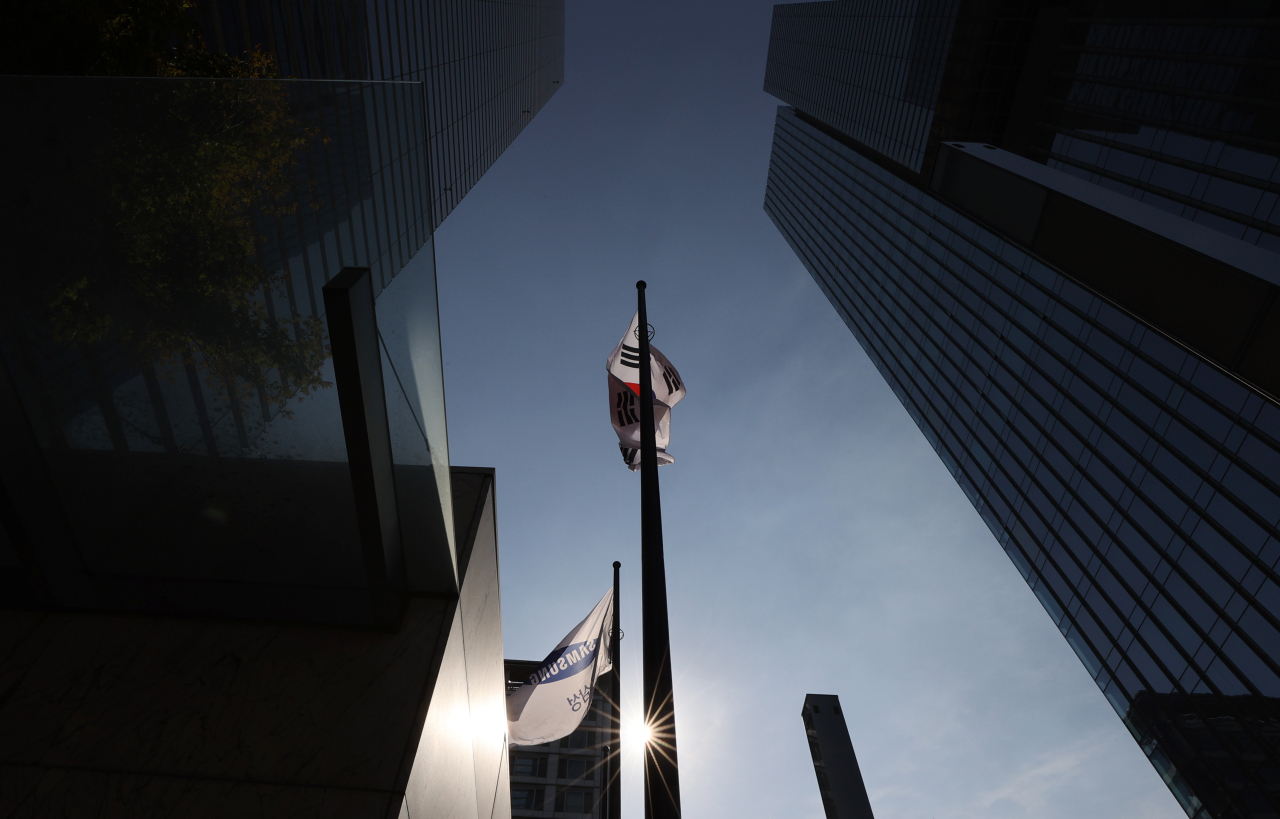 (Yonhap)
Questions immediately followed the death of Samsung Group Chairman Lee Kun-hee as to whether there will be any changes in the conglomerate’s governance structure. However, the changes are expected to not be extensive at the moment, as Lee Jae-yong essentially already has control over the group.

The Samsung Group ownership family, however, could find ways to transfer at least some of the deceased’s financial assets to his son, Lee Jae-yong, which would further support the family’s grip on South Korea’s largest conglomerate, according to market watchers.

Under the current corporate structure, Lee Jae-yong is exercising management rights at Samsung Electronics through his stocks in Samsung Construction & Trading and Samsung Life.

It is a matter of whether Lee Jae-yong would want to further strengthen his control over the conglomerate by acquiring more of the stocks held by Lee Kun-hee in Samsung Life -- in which the son holds a stake of only 0.06 percent -- or other firms related to the governance structure.

Lee Kun-hee was the largest shareholder of Samsung Life, with 20.76 percent. He also held 4.18 percent of common stocks and 0.08 percent of preferred stocks in Samsung Electronics. His shares in Samsung C&T and Samsung SDS accounted for 2.88 percent and 0.01 percent of the total, respectively.

The value of Lee Kun-hee’s stocks in Samsung Group was recently assessed at some 18 trillion won.

For Lee Jae-yong to inherit the stocks, he would have to pay approximately 9 trillion won in taxes under Korea’s inheritance tax laws. To inherit 4.18 percent of stocks in Samsung Electronics alone, the tax bill is estimated at 1 trillion won.

Lee Jae-yong inheriting all his father’s financial assets is an unlikely scenario due to the cost, but he could manage to leverage his current assets and acquire at least some of the assets that his father left behind, according to industry watchers.

To raise the funds required to pay the tax bill and inherit some of the stocks, Lee Jae-yong could potentially sell his stocks in Samsung SDS, according to the market.

Samsung Electronics, in the meantime, could expand its dividend policy to help its vice chairman, according to an official from a local financial firm.

The Democratic Party of Korea here is seeking to pass reform bills that would prevent insurance firms from investing more than 3 percent of their total assets.

Samsung Group could need to make extensive changes to its governance structure without Samsung Life.