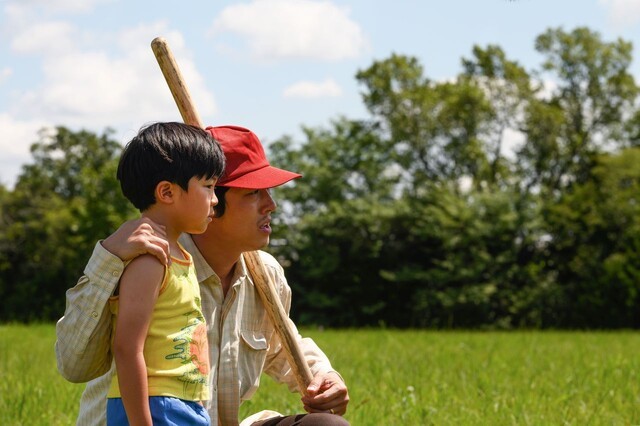 “On the one side, I thought this is incredible that people are connecting with this film, but on another side, it was interesting that people, in general, are connecting with Korean content in a strong way and that is happening with (TV) dramas and other things in the US as well. So it’s an interesting thing that’s happening in America,” Chun said.

“Minari” is a movie about a Korean American family in the 1980s that moves to an Arkansas farm in search of their own American dream. 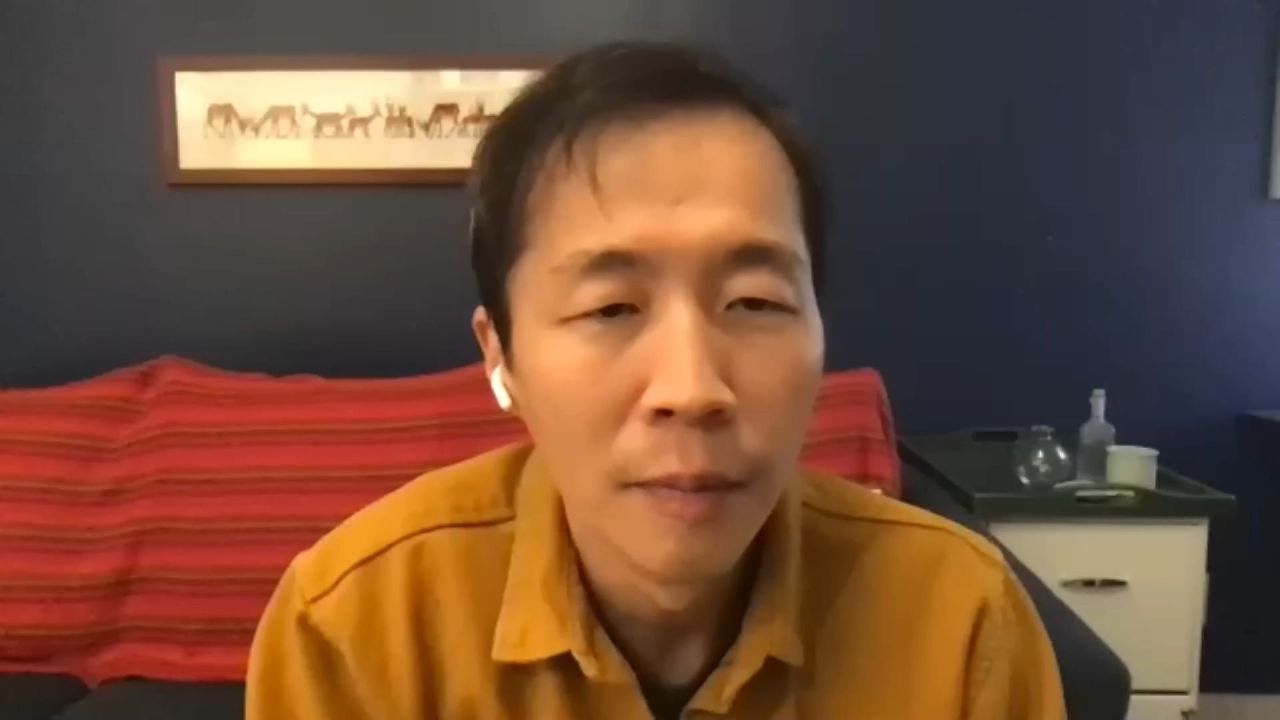 Concerning speculation that Youn could be nominated for an Oscar for best supporting actress, Chung said he was happy at the notion.

“I am so glad that in the US they are taking notice of Youn. She’s a treasure,” Chung said.

The director said that the film was written largely based on his own story of growing up in the US.

“When my grandmother came to America, she planted minari (water parsley, like in the movie). We had a Korean farm but my grandmother planted minari just for us. It was only for our family. In the end, this is the only plant that really grew well on our farm,” Chung said. “And to me, that sort of represents this love that I felt my grandma brought with her from Korea. So I wanted that minari to really speak on that level.

“We all know that feeling of that sort of thing. You can always talk about these things in a very spiritual way but you have to think about it in an earthly mundane way and I think that plant minari does that.”

He also added that the fire scene, which brought hardship to the family in the film, was also based on his life. 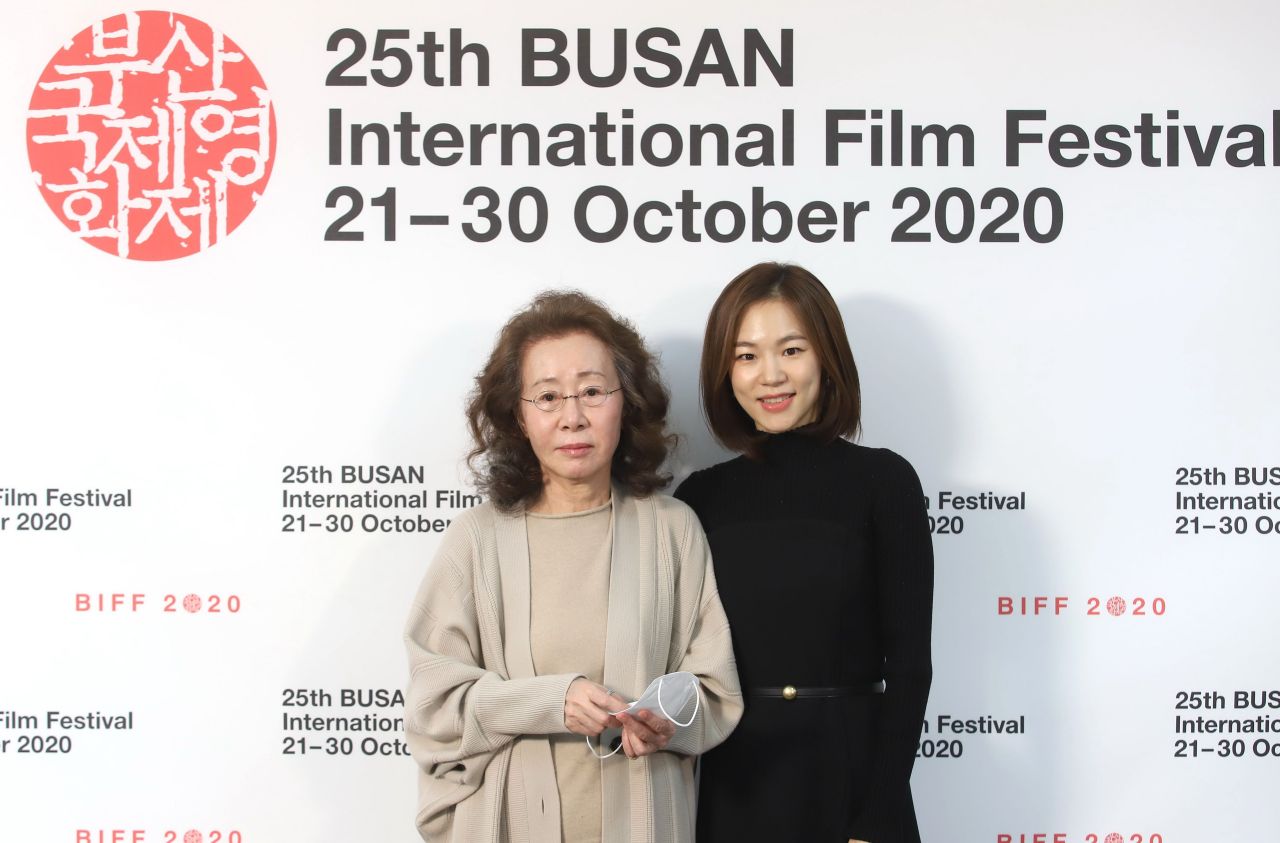 Han Ye-ri, who played Korean immigrant mom Monica and Youn Yuh-jung, who played Korean grandma Soon-ja in “Minari” poses after press conference held via Zoom Friday as part of Busan International Film Festival. (BIFF)
“The reality in my life, what happened was even worse. We had a quite a disastrous fire on our farm and lost much” of the plants and crops on the farm, he said.

Chung, however, noted that the film is not an accurate portrayal of his life.

“I didn’t want this film to end up looking like an imitation of my life, but really to be the work of creation,” the director said. He also noted that he enjoyed watching actors playing with words and characters that he created.

“I asked Issac if I should try to imitate the grandmother of his memory or if I were allowed to create a grandmother character of my own. He said I could create my character.” Youn said. “This made me have greater trust in Issac and also I became responsible for my character.”

Youn added that in the process of creating the character, she tried hard not to present stereotypical images of Korean grandmothers.

“I didn’t want to show a typical mother or grandmother character. I wanted my character to be less serious and conventional. Issac encouraged me a lot in doing this,” Youn added. 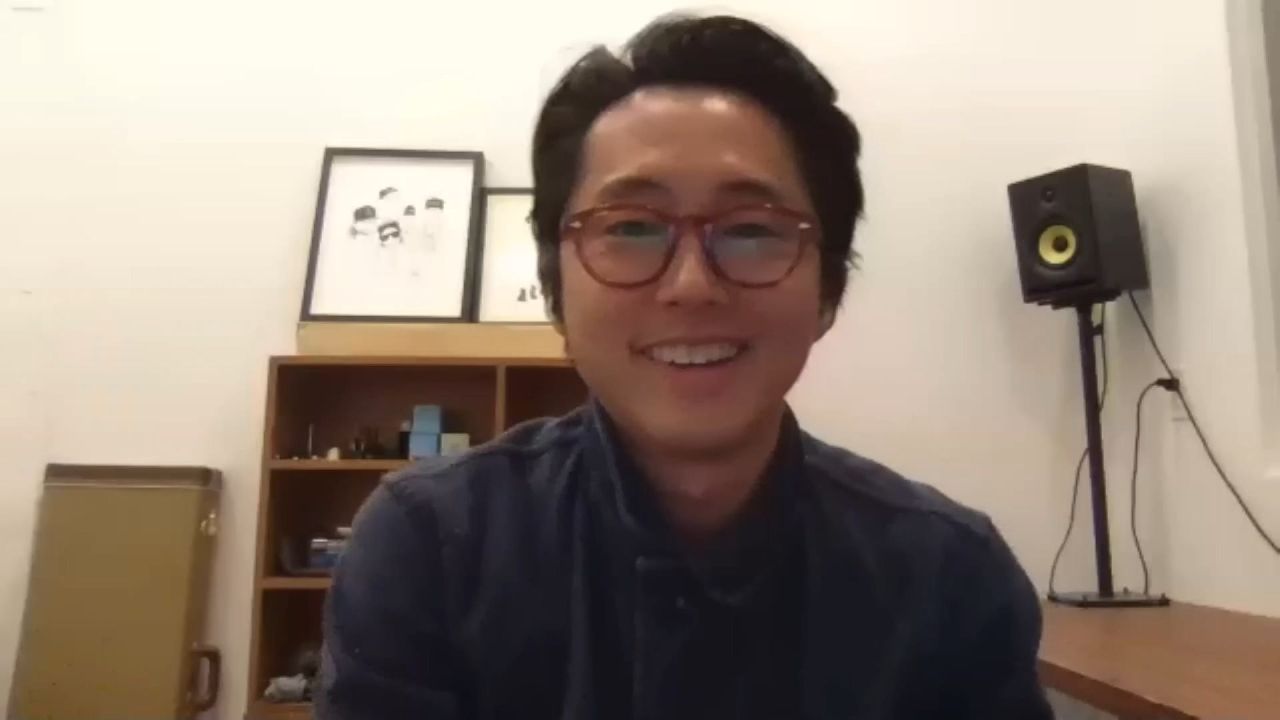 Steven Yeun, who played Korean immigrant dad Jacob in “Minari” talks during a press conference held via Zoom Friday as part of Busan International Film Festival. (BIFF)
During the conference, Yeun, who not only played the main character in the movie but also took part in the production of the film, explained the importance of proper representation of Korean characters in the US.

“Usually the stories that we are allowed to participate in are the stories that are seen from Americans’ understanding of who they think we are. And the reason why I wanted to produce and why I want to continue to produce is because I realized that in order to tell my truth or our truth, you have to have access to the control of every facet of filmmaking.”

“Minari,” which was presented to 2020 BIFF audiences Friday, does not yet have a theatrical release date set for Korea.

“I think they are finalizing the distributor (for Korea). I don’t know if it has been announced yet, but it should be soon. And we are still trying to find the time of when it will be released. We still don’t know because of the (COVID-19) situation in the world,” Chung said.