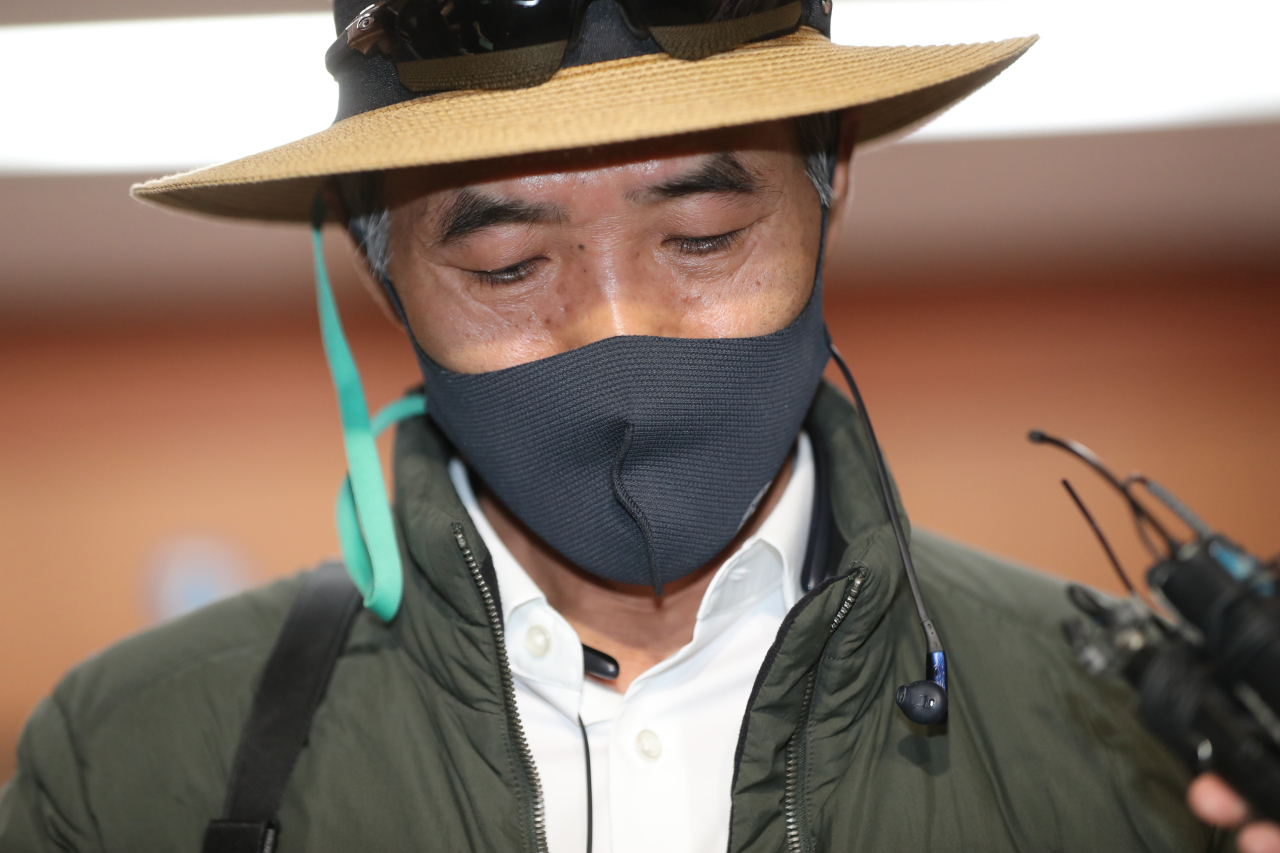 The Coast Guard said Thursday that the official, whose job was guiding fishing boats near the inter-Korean maritime border, had been heavily involved in online gambling and had wired gambling money shortly before he went missing.

The bereaved family’s lawyer slammed the Coast Guard on social media on Friday for “making an interim report (on their investigation) without additional evidence instead of apologizing for not being able to find his body for a month.”

“As it is the duty of the Coast Guard to protect the lives and property of South Koreans in the sea, they are obliged to find the missing official,” the lawyer wrote.

“Instead, they made an interim report that he defected, right after the bereaved family held an overnight memorial service on the boat.”

The Coast Guard said in a press conference Thursday that the deceased fisheries official had wired money to his online gambling account at 10:28 p.m. on Sept. 20, about an hour before he began his last shift at 11:40 p.m.

The Coast Guard said late last month that the man had about 330 million won ($291,000) in debt, 268 million won of which was due to internet gambling.

The chances that he accidentally fell off the boat or tried to kill himself were low, the maritime police said, adding that his boat had been anchored and the weather was fine at the time.

According to the Coast Guard, when the man was found in North Korean waters he was wearing a red life jacket, which is likely to be the one that had been kept in his cabin, and was holding on to a floating object that was about 1.5 meters in length, enough for a person to lie down on.

He identified himself to the North Korean boat that found him and expressed his intent to defect to the North, the maritime police said.

The man’s elder brother Lee Rae-jin has slammed the South Korean government for failing to save him, and accused the government of dishonoring the deceased.

Rep. Ha Tae-keung of the main opposition People Power Party has supported Lee’s claims, saying the Coast Guard’s conclusion that the man defected to the North was groundless and that South Korean authorities failed to ask for the North’s cooperation when he went missing.

“The international maritime communication network never went down, and we confirmed that one could hear North Korean voices even from the (South Korean) fishing guidance boat, and that our side could respond to the North. Nevertheless, our Navy and Coast Guard never requested the North for cooperation to find him,” Ha said.