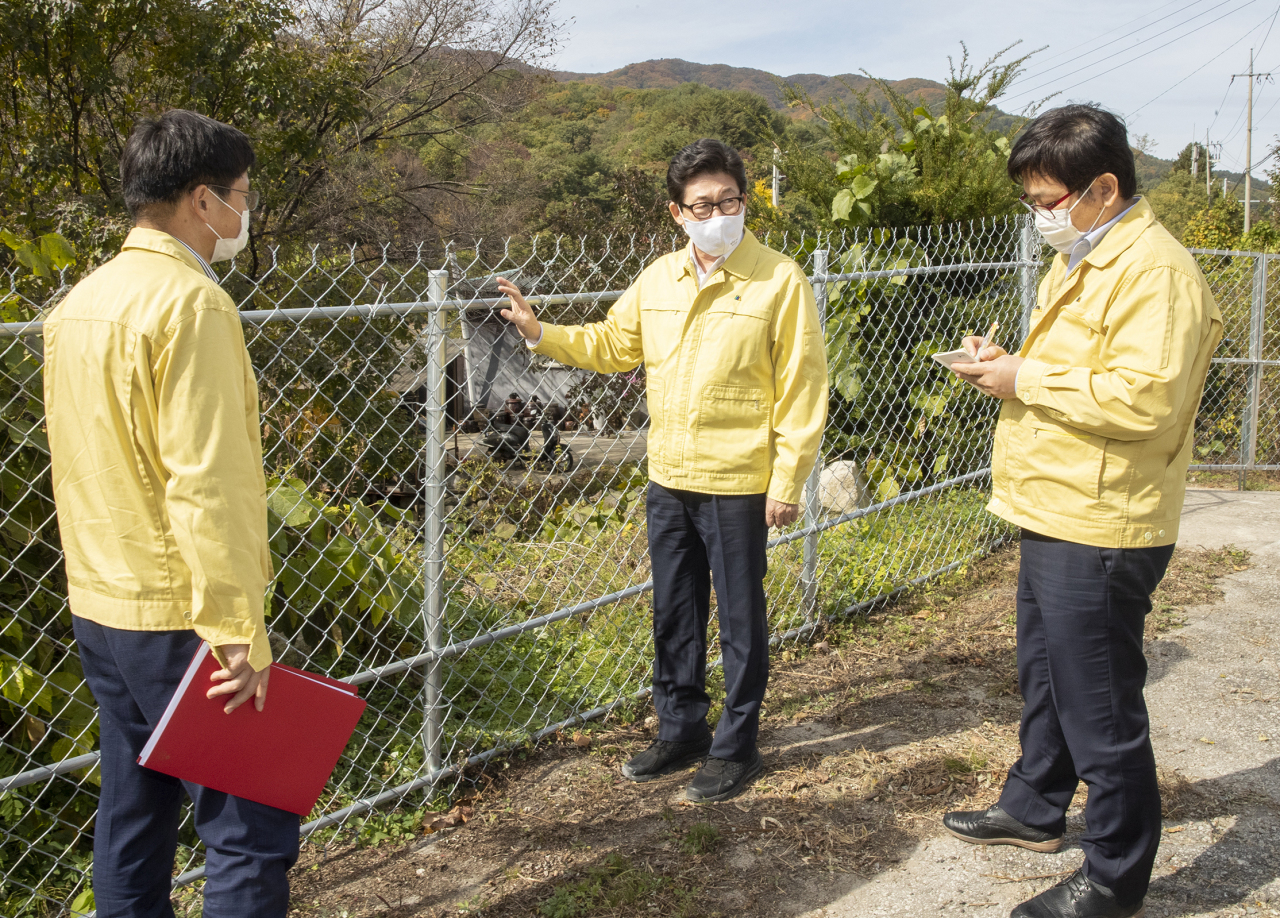 Environment Minister Cho Myung-rae checks a fence in Hwacheon, Gangwon Province, installed to prevent movement of wild boars in the area as a means to contain the spread of the African swine fever. (Ministry of Environment)
Authorities are on alert after another wild boar was found with a dangerous virus in Gangwon Province.

Eight pig farms contain 18,120 pigs in a 10-kilometer radius of where the dead boar was found. One of the farms is just 600 meters from where the carcass was found, they said.

The continued discovery of boars infected with ASF is alarming for South Korea, which has recently faced another resurgence in the number of new cases among farmed pigs in the country.

The swine virus, for which no vaccine exists, has a fatality rate of nearly 100 percent for infected animals. It is known to pass by direct contact as well as through infected animal feed and on clothing and farm equipment, although it appears to be harmless to humans.

ASF has been in South Korea for more than a year since the first case was found in September last year, with more than 450,000 farmed pigs culled across 14 pig farms in the first 30 days.

No new ASF cases were reported from local farms from October last year until earlier this month in Hwacheon. Authorities then announced plans to cull a total of 2,465 pigs in three farms to focus on preventive measures.

To contain the spread, authorities have focused much of their efforts on dispatching teams to look for corpses of ASF-infected wild boars. They also slaughtered any wild boar they discovered during their course of action.

The Environment Ministry said it has dispatched 455 people as a search team and 102 disinfection officials to search for dead wild boar corpses and disinfect their habitats.

And as the migration season for birds has started, authorities are working to put more efforts toward disinfecting migratory birds and their habitats, as they could also act as a means to spread ASF to domesticated pigs.